Imps' forward Shay McCartan is the Sky Bet League Two Goal of the Month winner for January, receiving 53% of the public vote following his wonder strike at Swindon Town.

Goals like this come around once in a career. McCartan adjusted his stride as a hooked clearance dropped to him and timed the dip on his exquisitely struck volley to perfection.

Lead Sky Bet EFL Goal of the Month judge and Sky Sports Pundit Don Goodman said: “What elevates this goal from a nice volley into an unguarded net to a wondergoal is the ferocity and outright power that McCartan hits the ball with – the strike is simply sensational.

“In fact, so good was it that I’d wager that even if there had been a goalkeeper perfectly positioned for the shot, it’s highly unlikely that they would have saved it.” 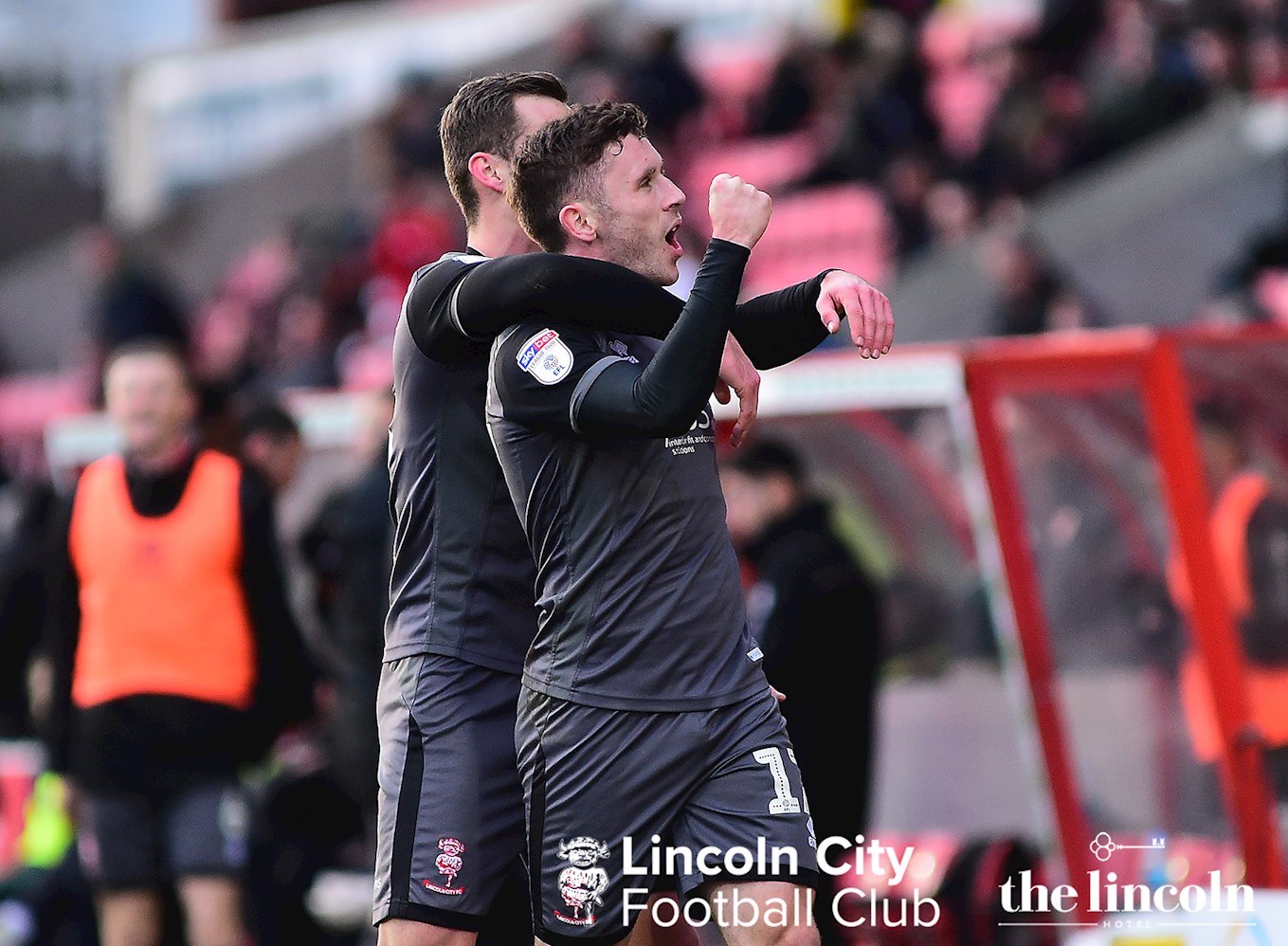 McCartan said: “It’s nice to get these awards, obviously it was a good goal. I was delighted with it, some could say it was one in a hundred but I’ll take it, it was good.

“I’d like it to be the first of many, it was a great goal at the time. There was a ball over the top and we went 1-0 up, but we had ten men as Bruno had just been sent off so it was a little back’s to the wall, and it just gave us an extra cushion.

“We were running around and not really getting anywhere, the ball dropped to me and I thought I would just hit it as hard as I can and I caught it perfect. I remember looking up and I saw the keeper trying to touch it but looped over him and in under the crossbar.

“I was buzzing to be fair, I knew it was a good goal because I could see by the lad’s reactions. It was funny because I’d not trained well all week, so they took the mickey out of me a little bit with not training too well then scoring a goal like that so it was a good feeling.”