James' interest in the Imps started just over a decade ago, after 'randomly-selecting' to play as City on a version on FIFA, little did he know that by 2019 he'd be making a 34,000km round-trip across the globe to see a side he'd created an affinity with.

Wray, who also follows his hometown side Sydney FC, told us all about how his interest in the Imps first began.

"It was probably about 2008, and I was playing FIFA and I just wanted to play as a different team, hit random and it came up with Lincoln City, and ever since then I’ve followed Lincoln," he said.

"FIFA started my interest in the club, then I started watching the highlights, and then I got really into them." 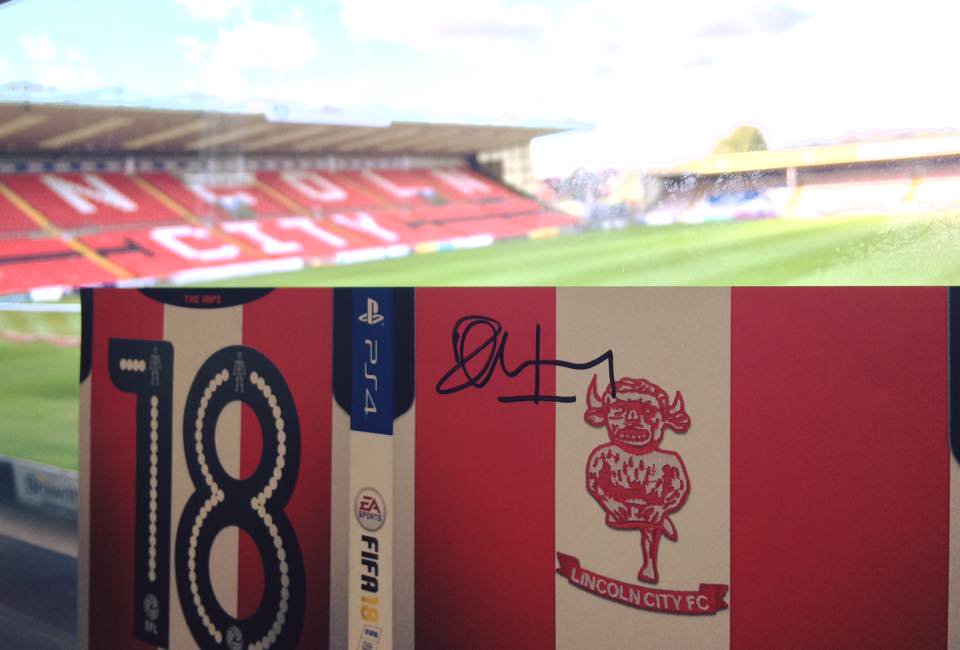 Following the Imps' relegation from the Football League a couple of years later, Wray had to find different ways of keeping involved with the club knowing City wouldn't feature on upcoming editions of FIFA, which he duly found.

"Once they dropped out the league, I obviously couldn’t play as them on FIFA and I started playing as Lincoln every year on Football Manager.

"I just got more and more into it as the years went by," he added.

James also admitted it was a plan of his to visit the United Kingdom and come to watch his adopted Imps at Sincil Bank.

"I have always wanted to come over to the UK, and I thought while I’m here I can come to a Lincoln game and experience it for myself. It’s been a dream of mine for a long time now.

"I had a couple of mates that were going to come with me, but they weren’t able to in the end, so came by myself."

Made it to my 1st ever @LincolnCity_FC match on the weekend. 😁😁 12 years of waiting and 12000ks out of the way to get there 😀
Throw up some videos in the next couple of posts pic.twitter.com/Y02Mqc6Imq

The Australian-Imp may have travelled by himself, but the togetherness of Imps' supporters made him feel part of the Lincoln City football family.

"I started out in London, then met some Lincoln supporters at the pub on Friday, who I had met through Facebook, then I came to the Northampton game," James said.

"I was up in Block 7 with the 617 Squadron. It was an amazing atmosphere, it kind of reminded me of what my hometown team Sydney FC has.

"I’d love to come back next season to watch a game or two. Everybody has been so welcoming, it’s been a great experience."

James will cheer the Imps on in Saturday's home clash against Stevenage, before making the 10,500 mile trip back to Sydney.

Thank you for your phenomenal commitment to the Imps, James, and hopefully we will see you back at Sincil Bank soon. #ImpsAsOne