As the decade draws to a close, we take a look at each position on the pitch (4-4-2) and which Imp has featured the most throughout the 2010s for that particular spot.

Looking at league appearances only (both EFL and National League) there has been 221 different players to make an appearance in a City shirt from 17 different nations.

City have been relegated and secured two league titles during this decade, as well as making our first ever appearance at Wembley Stadium.

Below, we take a look at each position's highest appearance maker for the Imps within this decade: 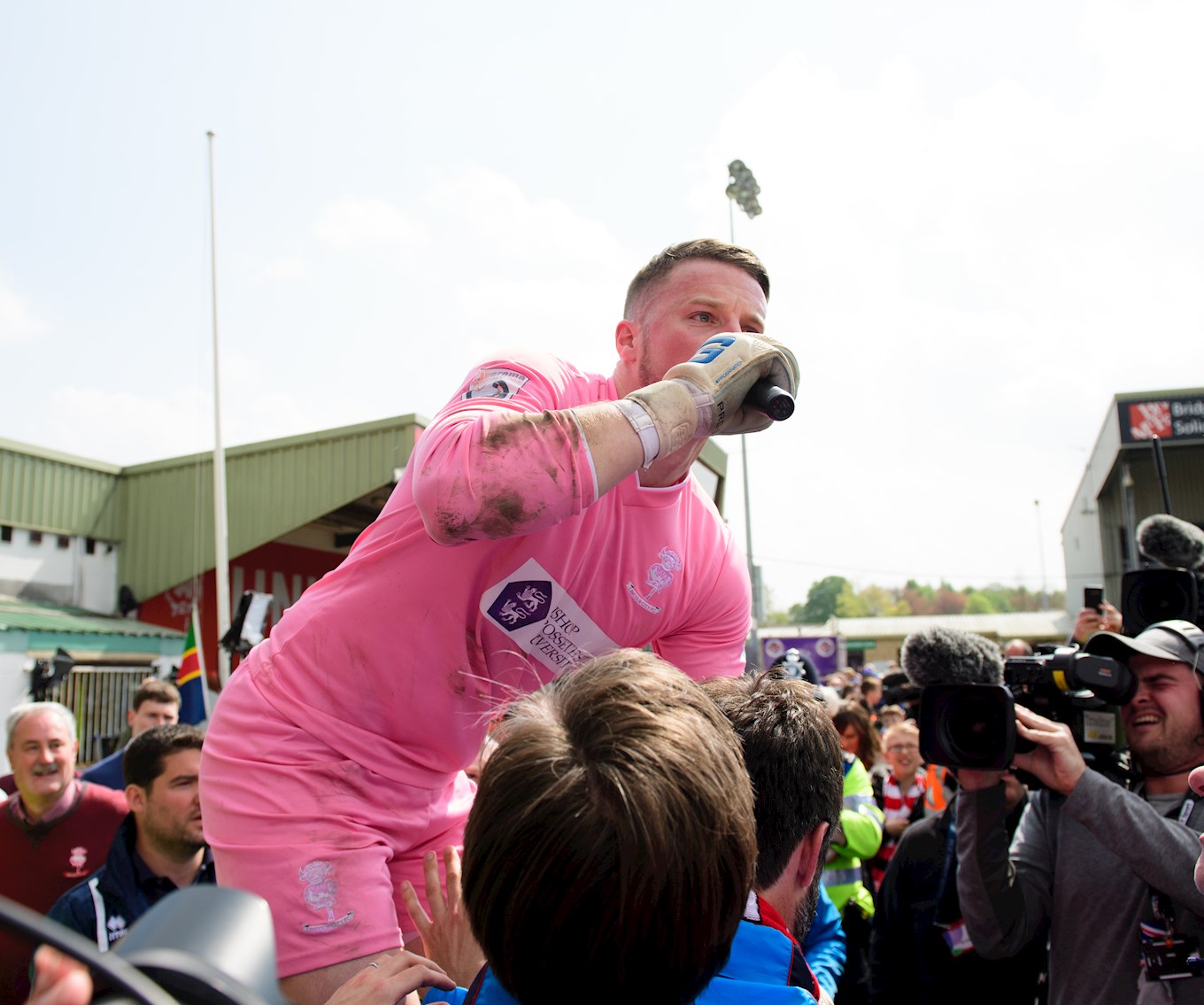 Farman was an ever-present throughout a large chunk of the 2010s having made his first appearance in a loan spell at the back end of 2011.

The Stevenage goalkeeper made 208 league appearances for the Imps, and will be fondly remembered as the stopper who helped the Imps secured the National League title and re-writing Emirates FA Cup history by playing a key role in City's journey to the quarter finals.

Joe Anyon sits behind 'Farms' in second place having made 59 appearances (38 Non-League, 21 Football League), while Josh Vickers sits in third position with 52 starts. 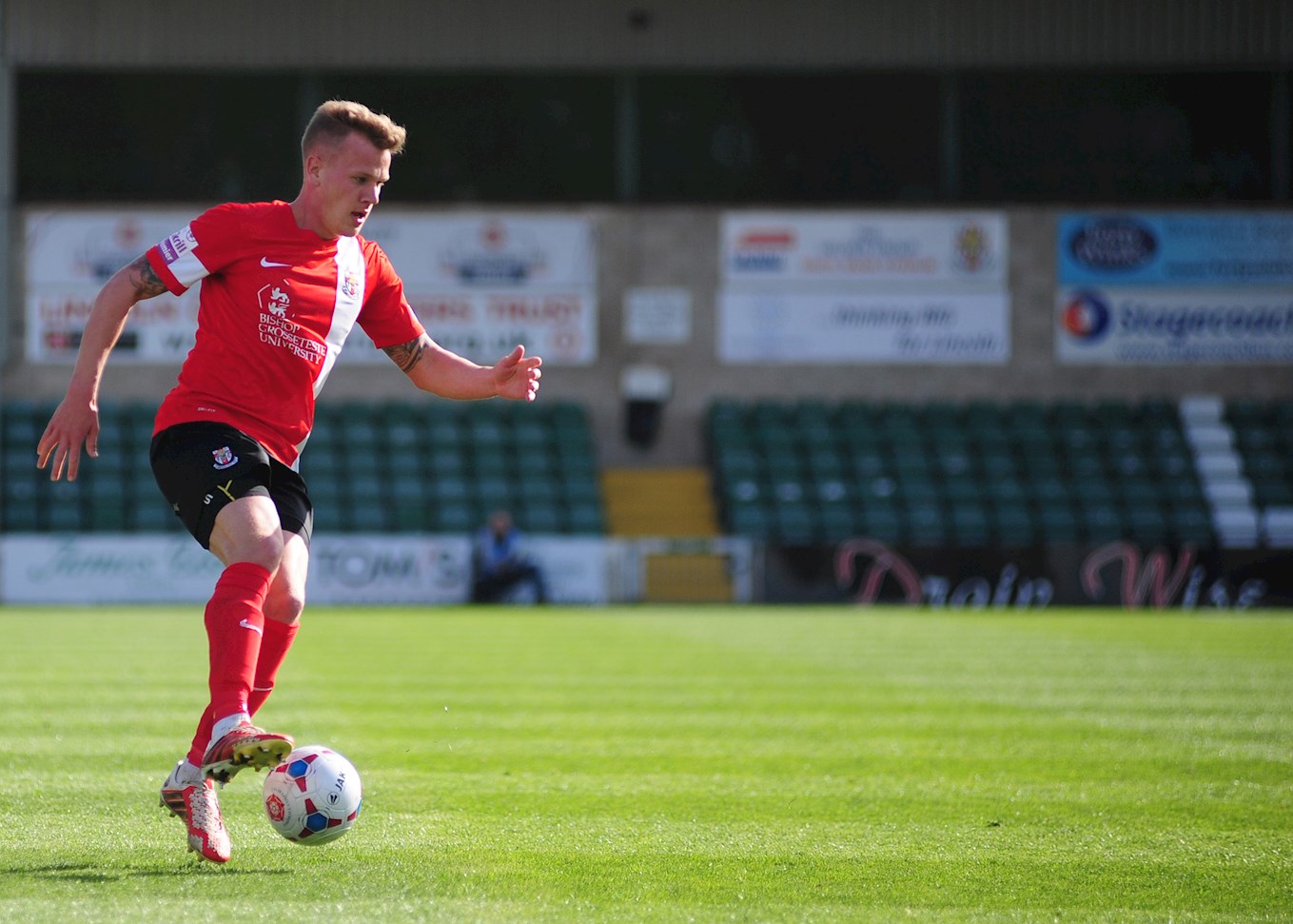 Miller, who was originally signed by David Holdsworth in 2012, making his debut against previous side Newport County.

The 29-year-old, who could also operate at centre-back, started 109 of his 114 appearances, scoring eight goals along the way before leaving for Carlisle in the summer of 2015. 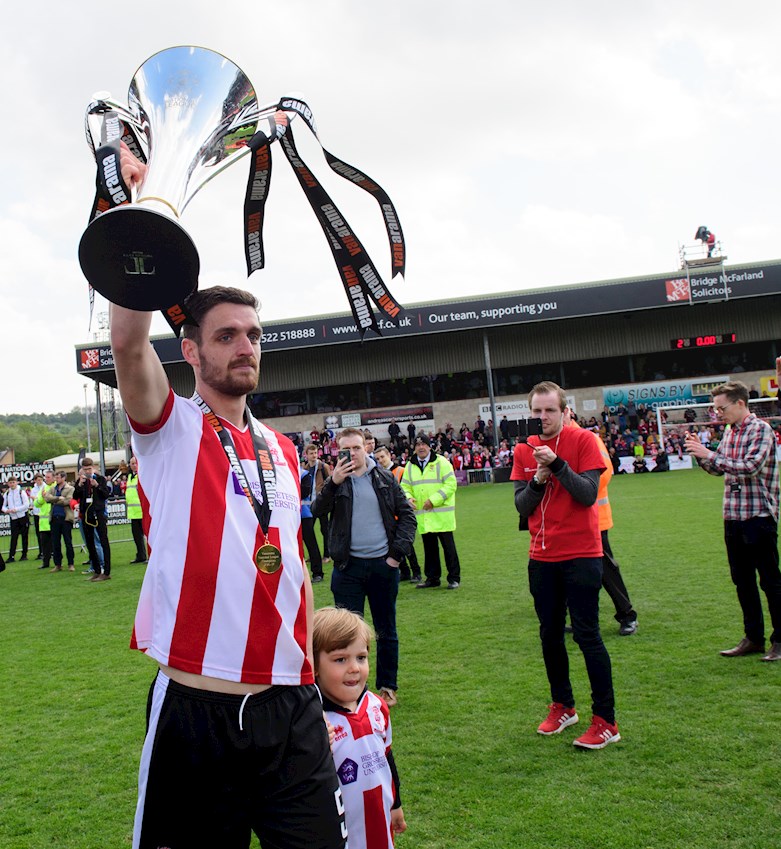 Waterfall was brought in to the club by former manager Chris Moyses in the summer of 2015, and went on to play a pivotal role in City's famous 2016/17 campaign, famously providing the assist for Sean Raggett's winner at Burnley.

Upon City's return to the EFL, Waterfall was officially named skipper and lifted the EFL Trophy at Wembley Stadium, and finishing in the play-off spots at the end of the 2017/18 campaign.

Waterfall joined Shrewsbury Town at the beginning of the 2018/19 season having made 31 EFL appearances and 80 Non-League appearances for the Imps, scoring 15 times. 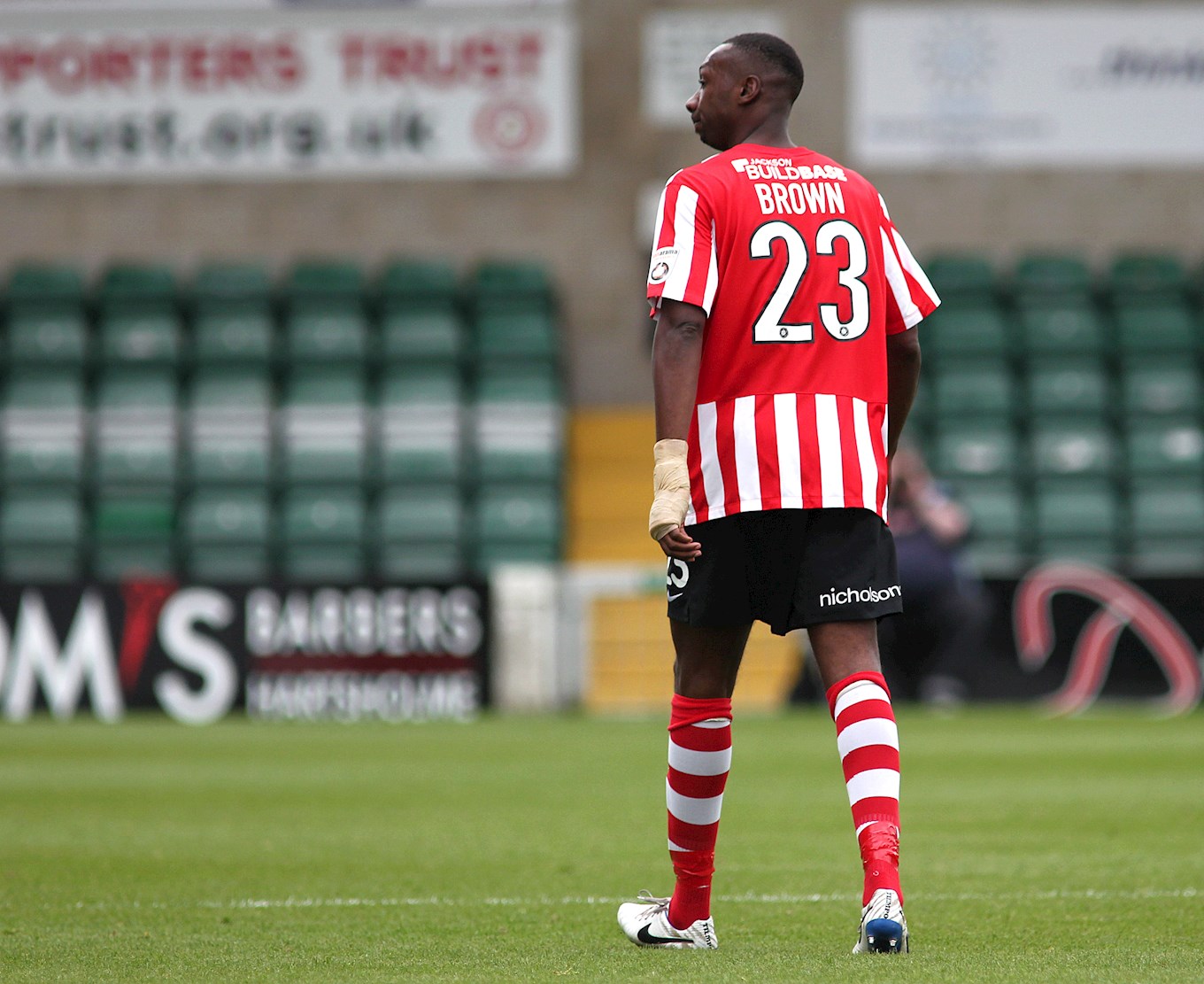 Possibly a surprise to many. Brown rejoined the Imps for a second spell upon Gary Simpson's appointment as boss in 2013. He added leadership and experience to City's inexperienced backline following his arrival as City in the second half of the 2013/14 season, as the Imps managed to beat the drop on the final day with a 5-1 win at Hyde United.

Brown was a regular for just over two years in his second spell, before heading out for loan spells with FC Halifax and Boston United and leaving permanently in 2016. 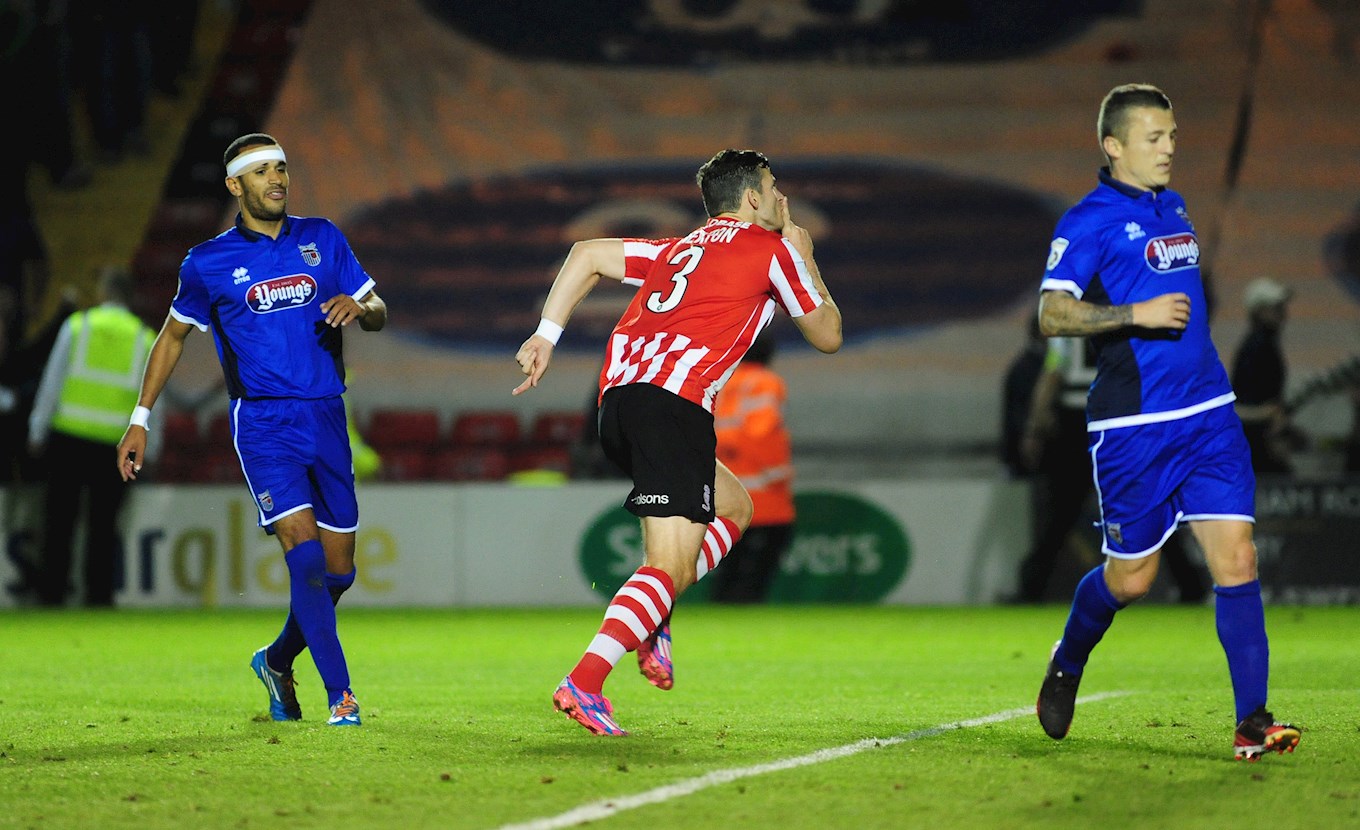 Pipping National League title-winner Sam Habergham by one appearance, 'Newts' was an ever-present at left-back under Gary Simpson and Chris Moyses before joining Notts County in January 2015.

Known for his powerful left foot, Sean was a regular assist provider for the Imps, and even scored from the spot in a Lincolnshire Derby as City defeated Grimsby Town 3-2 at Sincil Bank. 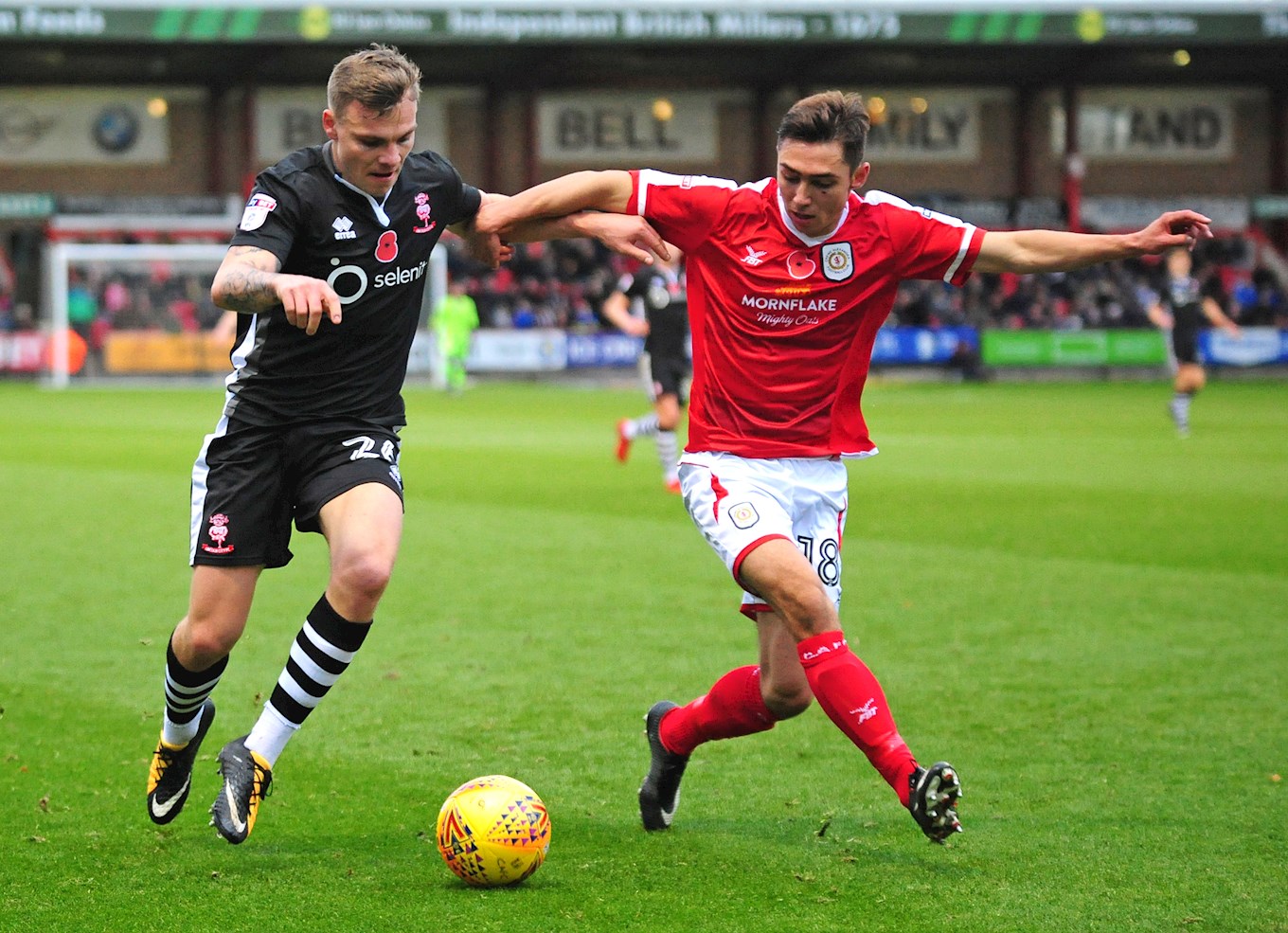 Making more than 100 league appearances in that puts him way out in the lead for this position and one of two members of the current Imps squad to make the cut.

Jack Muldoon, who occasionally operated in a wide right role, is second on the list with 71 appearances, while Cian Hughton is an outsider with 44 2010s appearances. 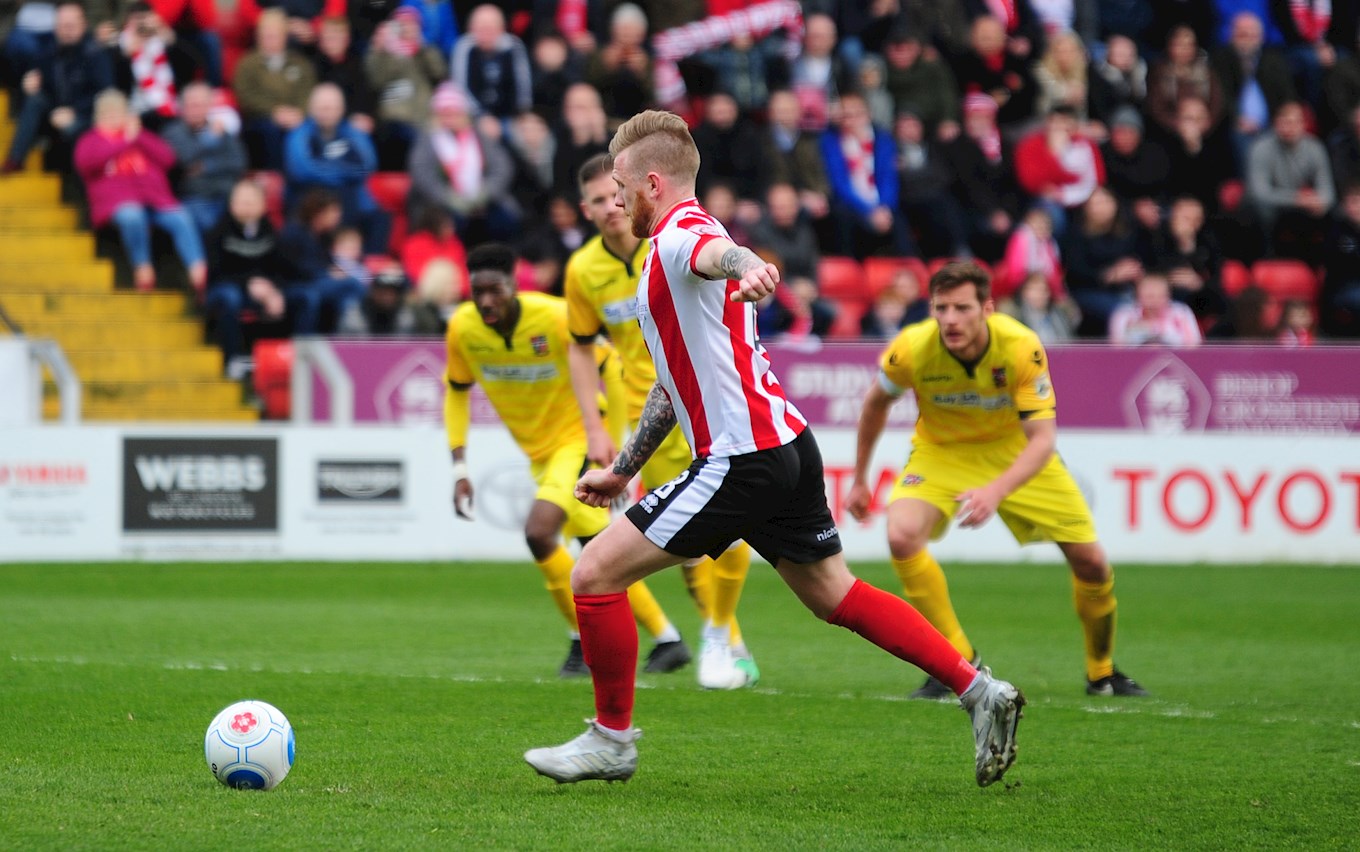 Power has the coveted prize of the most appearances made by an Imp in the decade. The Irishman joined City ahead of our first season back in the Non-League and went on to achieve great things at the Bank.

Scoring crucial goals, showing desire and determination, a hat-trick against Alfreton Town, helping City reach the Emirates FA Cup quarter-final and leading the Imps to the National League title are just a number of reasons why his name will be fondly remembered at Sincil Bank.

Power departed City upon our return to the EFL and promptly joined SPL side Kilmarnock. 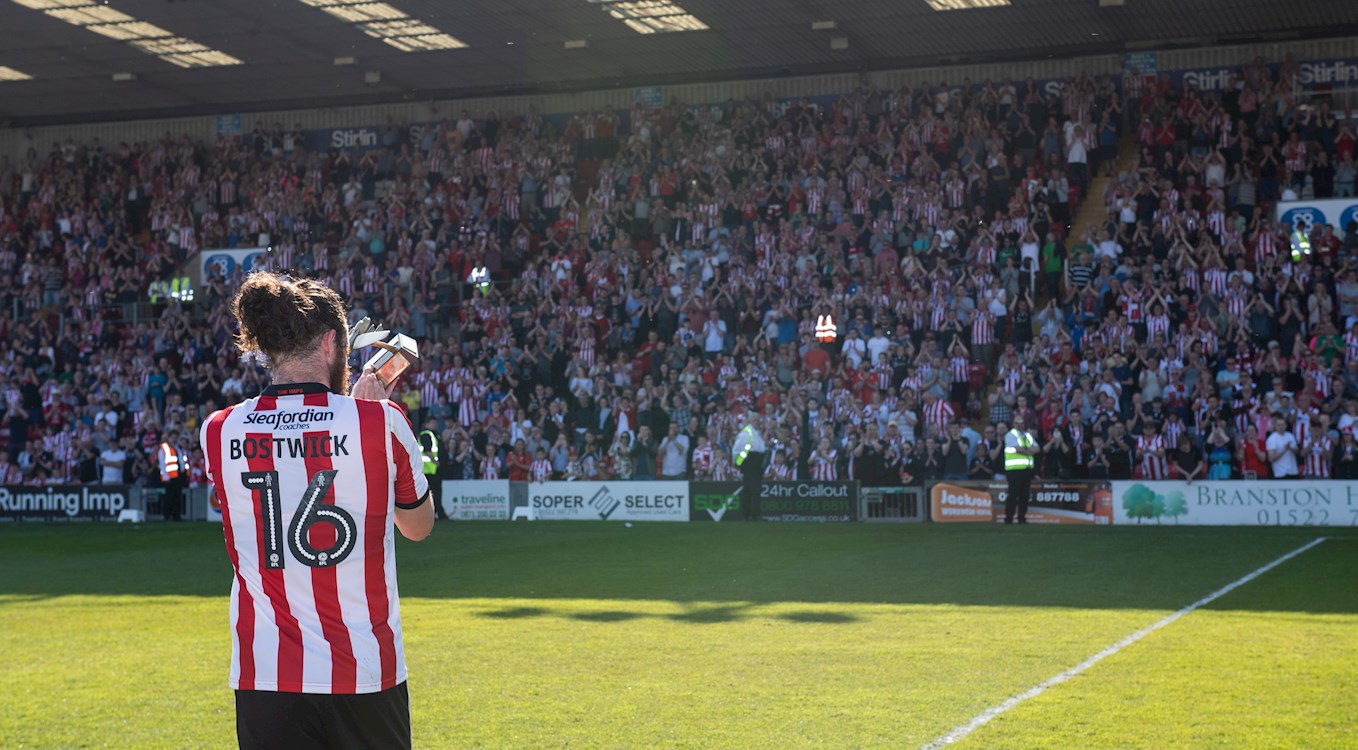 Bostwick's positioning for the Imps has varied between a central midfield role and a centre-back role, but he has flourished in both roles for the Imps.

Featuring predominantely alongside Alex Woodyard in central midfield in his first season, 'Bozzy' played a vital role in City's first EFL Trophy triumph, as well as reaching the play-offs.

Last season saw Bostwick operate more as a central defender that occasionally operated in the centre of the park, as the Imps secured their first Football League title since 1976. 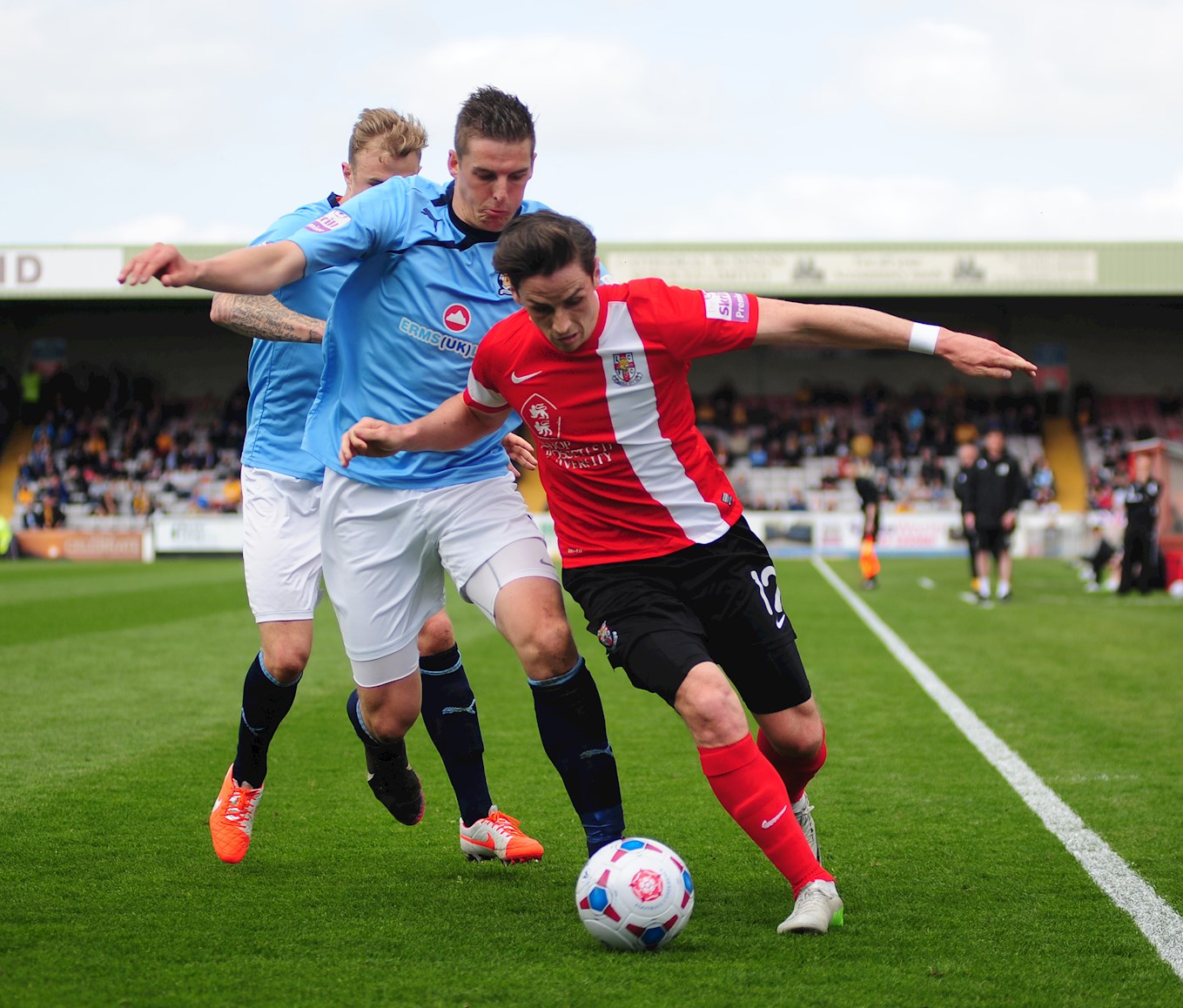 An ever-present during our early Non-League days, Sheridan fell just shy of 100 appearances during his stay with the Imps.

After an initial loan spell at the end of 2011, Sheridan joined permanently in the summer of 2012 and spent two full seasons with the Imps before joining Alfreton Town. 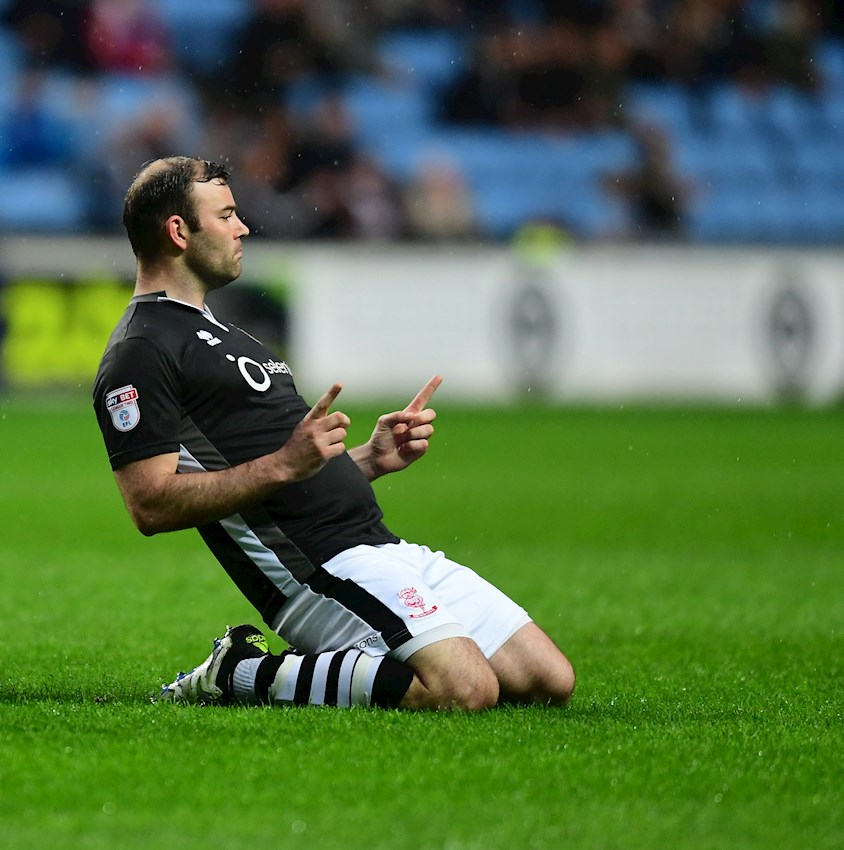 'Rheady' was signed following the end of the 2014/15 season and spent four memorable years at Sincil Bank.

Rhead was a fans favourite at Sincil Bank and scored more than 20 goals in his first season with the Imps, before playing a pivotal role in the 2016/17 title-winning campaign and EFL Trophy triumph.

Although his role was slightly less prominent in the title-winning season of 2018/19, Rhead was still a key member of the Imps squad and left just weeks prior to the 2019/20 campaign. 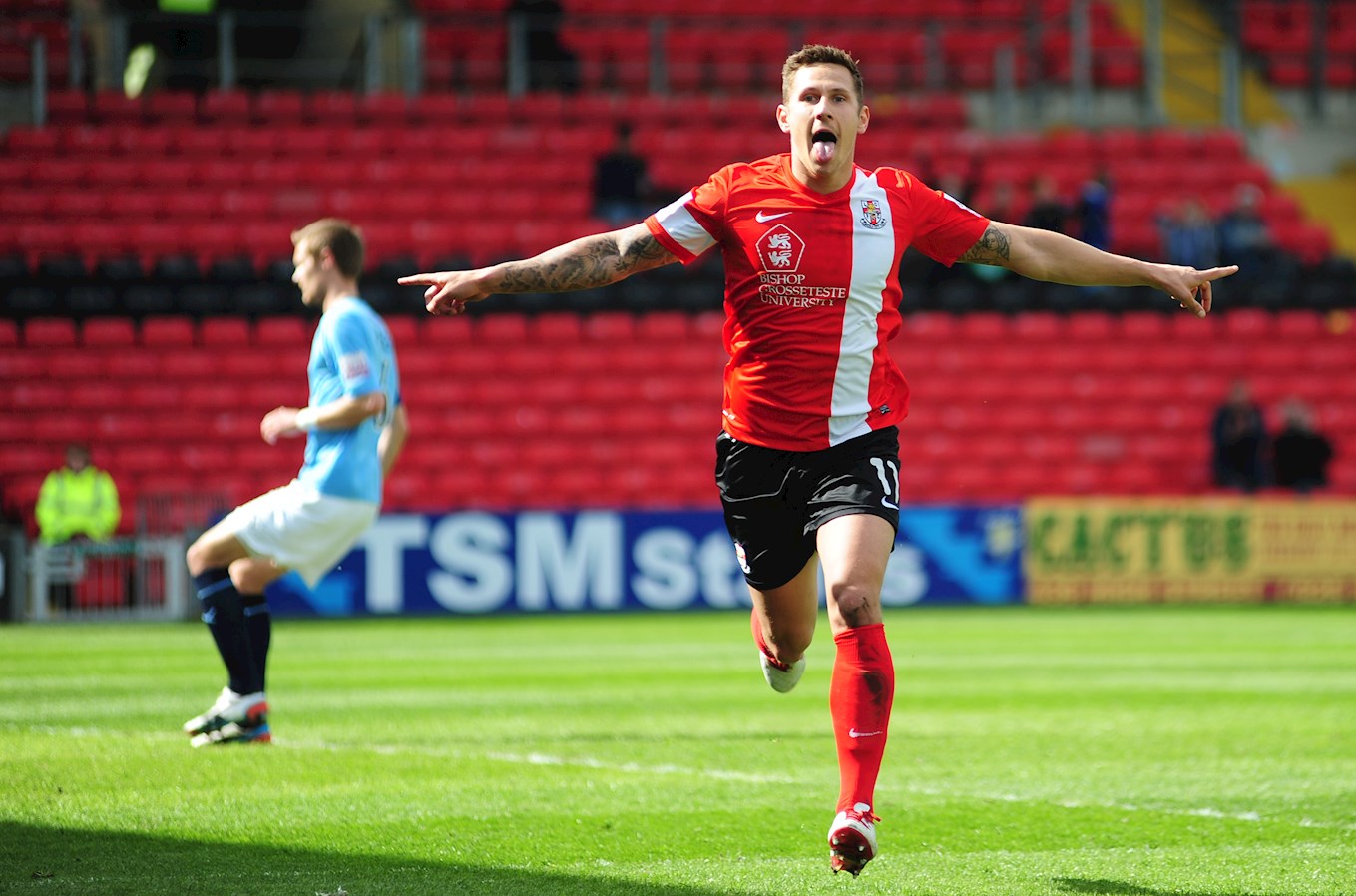 Tomlinson was known for his determination and goalscoring prowess at Sincil Bank, before departing in the summer of 2015 for Barnet.

Stats and figures provided to us by Gary Parle. 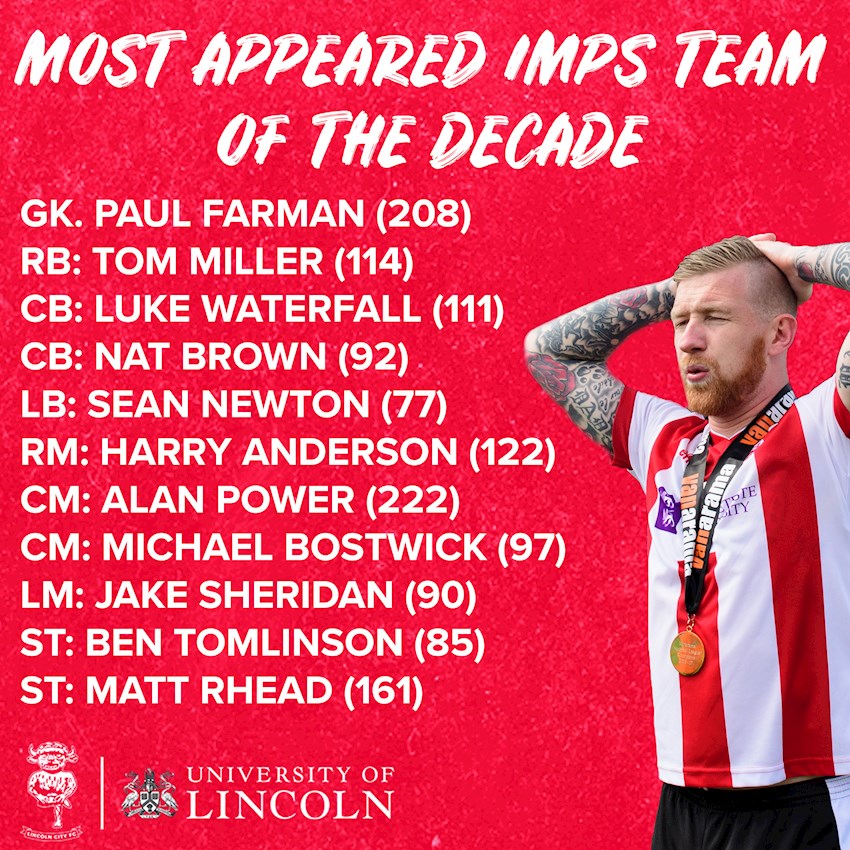 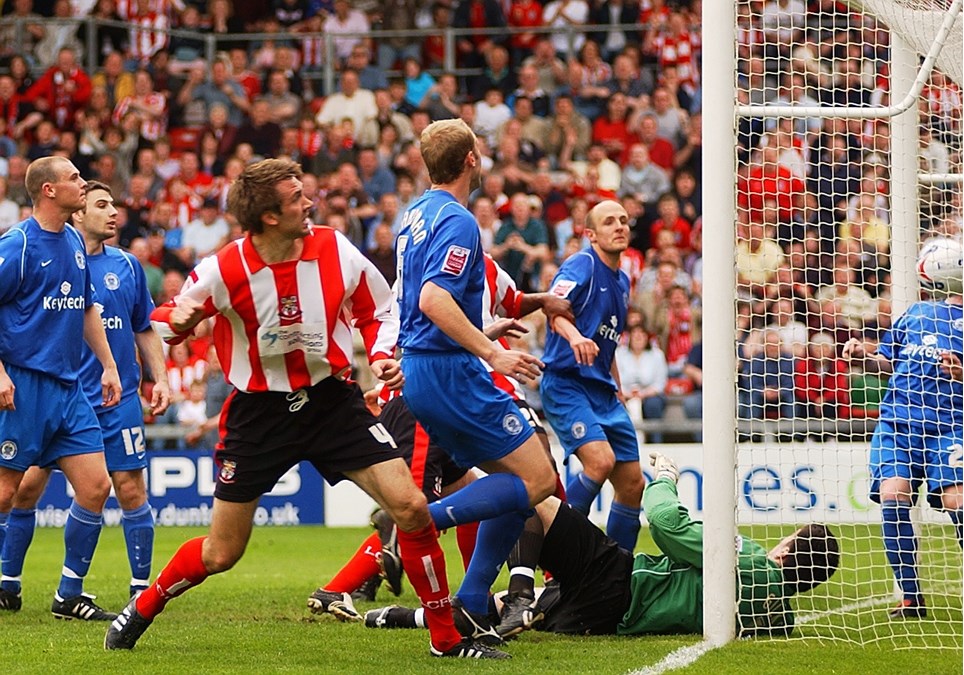 
Gareth McAuley has announced his retirement from playing football today. McAuley was integral part of Lincoln City's squad between 2004 and 2006, but how many of his team mates can you name from his...