Danny Cowley is embracing the challenge ahead of the Imps trip to MK Dons tomorrow night. The Imps picked up a famous 2-0 win over the Dons last season as they secured promotion from SkyBet League Two.

Cowley praised Paul Tisdale’s side going into the game saying: “We have had a good training session and we are looking forward to going to Milton Keynes tomorrow.

“It is a big pitch and MK ask a lot of questions because they get good control of the ball and test you physically and mentally. They have recruited heavily this season and signed players like Hiram Boateng who Paul will know really well.

“Look at MK Dons and the quality they have in their squad, they have an unbelievable depth and there is competition for places in so many areas. Paul Tisdale is a very intelligent manager and we understand the challenge ahead of it so we are looking forward to the game.” 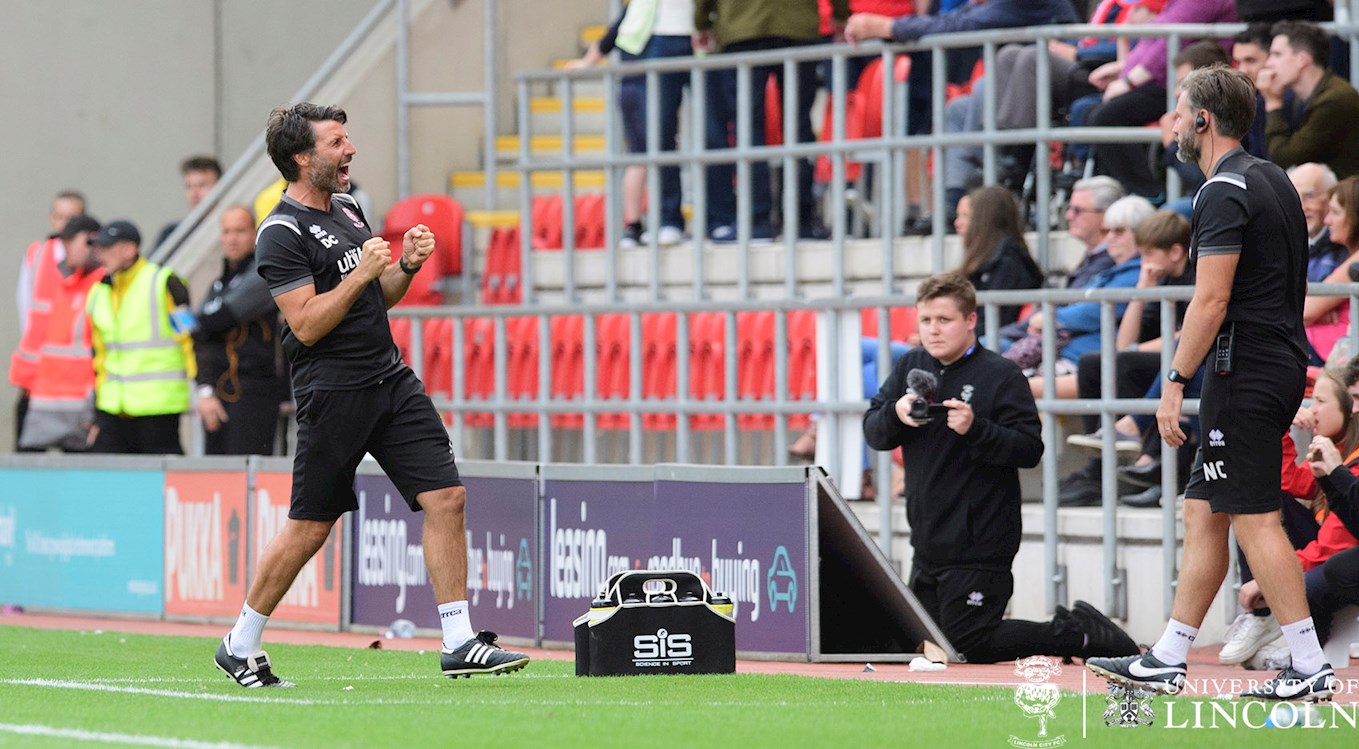 City have won their opening three league games as well as also picking up a Carabao Cup Round One win over former Premier League side Huddersfield.

The Imps defensive record has also been impressive with the side yet to concede a goal in the 2019/20 campaign.

The Lincoln boss continued by discussing the Imps impressive start to the season explaining how clean sheets have provided motivation to his side.

“It is a collective effort to keep a clean sheet and especially to get four on the bounce is great,” said Danny.

“We have worked hard to enjoy defending and to improve the quality of the performance to get consistency in our results.

“When you start to keep clean sheets, there is a real motivation to try and get more of them, everyone will buy into that and it will be great for the team.

“Realistically we have played two home games against teams who will get better as the season goes on. Southend have some key injuries and Accrington will use the end of the window to improve with the loan market.” 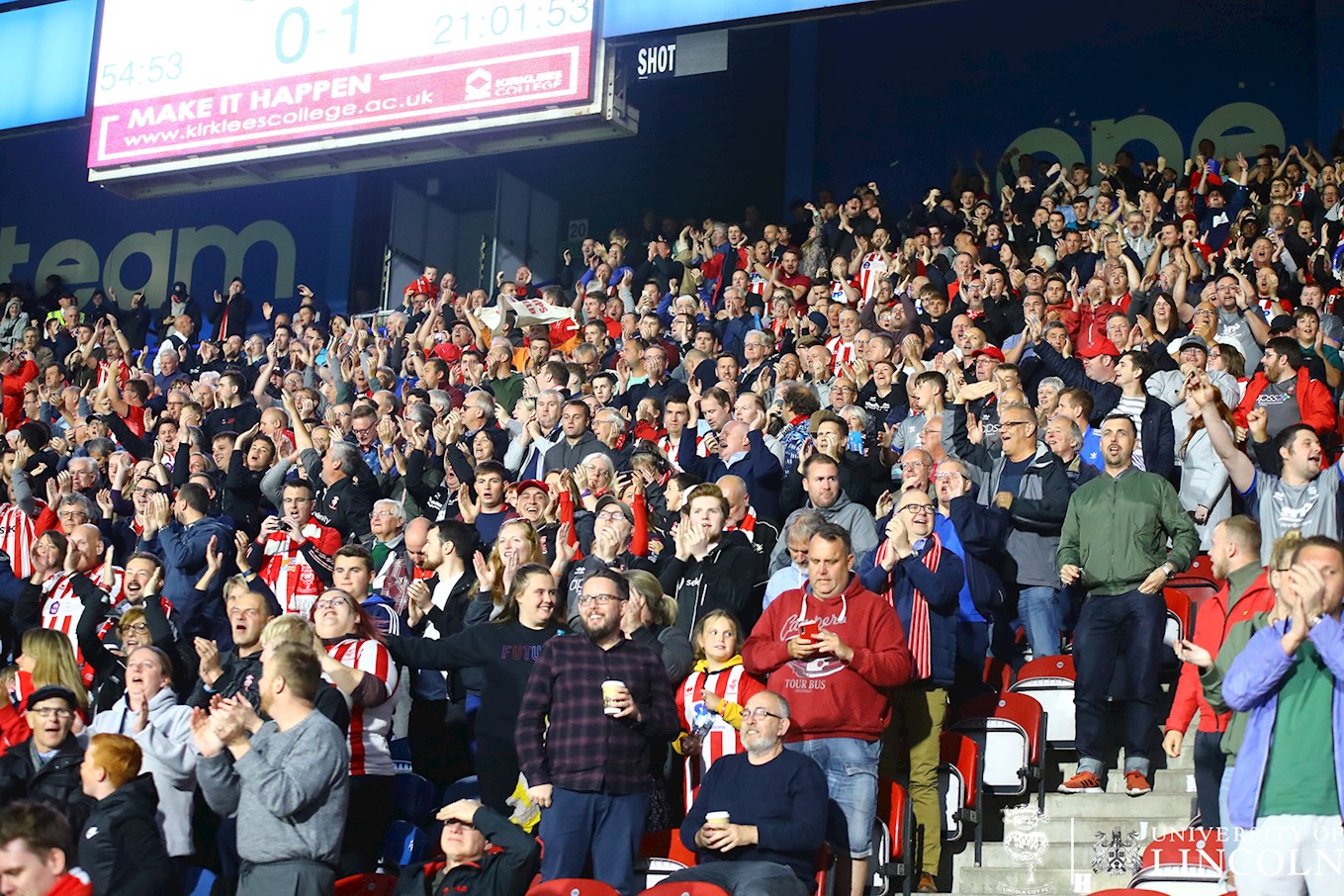 Cowley continued by speaking about the upcoming challenges against MK Dons and Doncaster: “We have picked up six points from two games which isn’t easy, we have also picked up some really good away results which maybe wasn’t expected.

“I have looked at a lot of teams in the division and I know there will be bigger and tougher challenges to come, and that starts against MK Dons and then Doncaster.

“We understand where we are at and we are pleased with the output and we are maximising what we have with the players and their performance.” 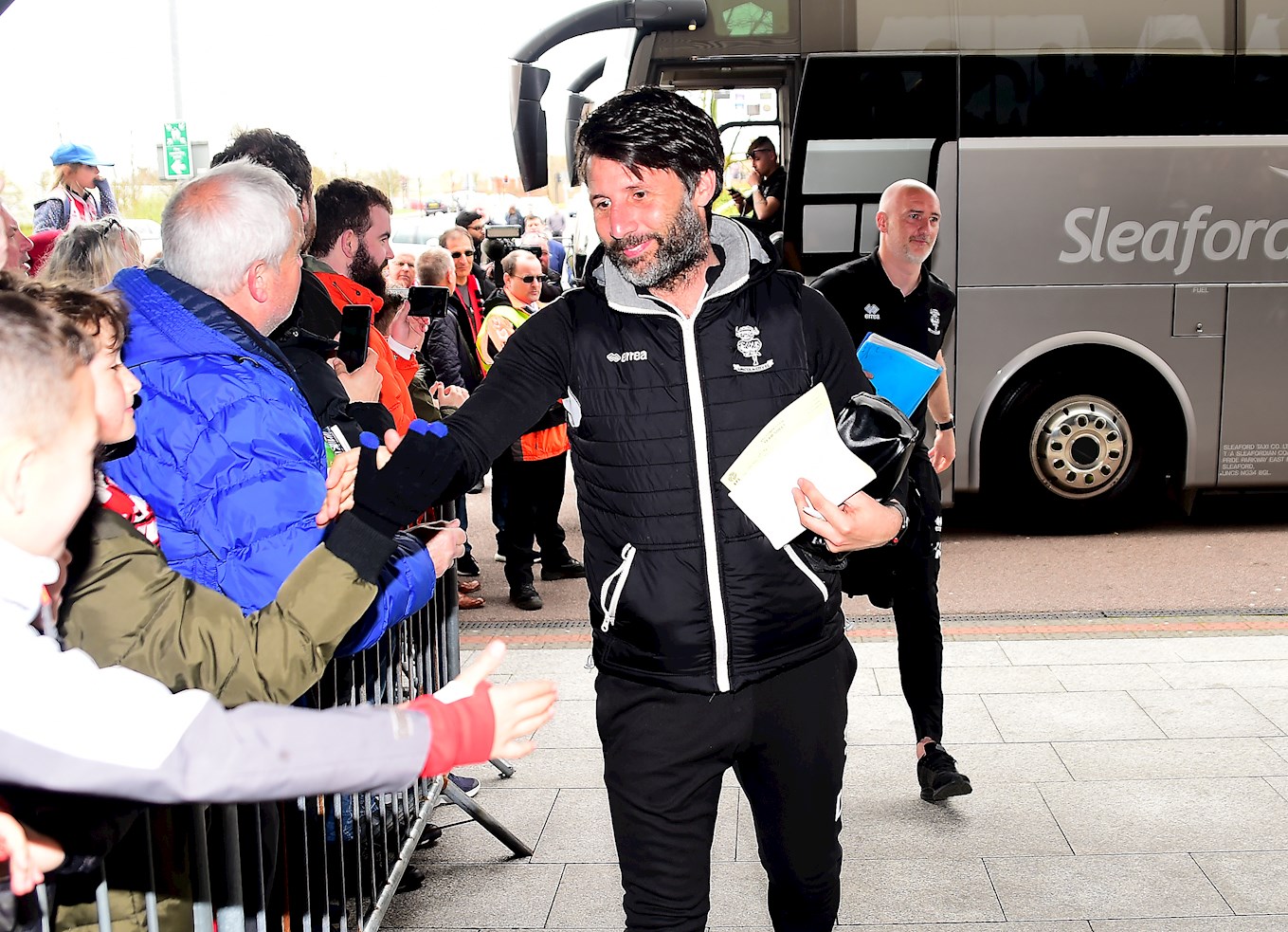 The Imps boss finished by speaking about Lincoln’s away support following last season’s record away attendance.

“We are all looking forward to going to a ground like MK Dons, it is a fantastic facility and probably a Premier League ground,” said Cowley.

“It is a great place to go and we enjoyed our last visit there because the support we had was phenomenal, so the more numbers we can take this time the better. We know it has been expensive supporting Lincoln City recently but we appreciate everyone’s support.”

Can't make the trip to MK Dons? Imps supporters, both in the UK and Internationally, are able to purchase an iFollow video pass.