Lincoln City are delighted to announce that Jason Shackell has signed a new contract at Sincil Bank until the summer of 2020.

Shackell, who has been an ever-present during City’s title-winning season, initially had a contract running until this summer, but has agreed to extend his stay in Lincoln.

The former Premier League defender, who has five goals to his name in 40 appearances across all competitions this season, expressed his joy in renewing his deal with the Imps.

“I’m delighted, I’ve really enjoyed this season and getting back to playing regularly,” Shackell said.

“All the staff and the lads have been great, after all the success we’ve had this year I’m really excited to be staying for another year.”

Shackell has played key roles in promotion to the Premier League with Burnley, Wolverhampton Wanderers and Norwich City, with the Imps’ success being his first success promotion outside of the Championship. 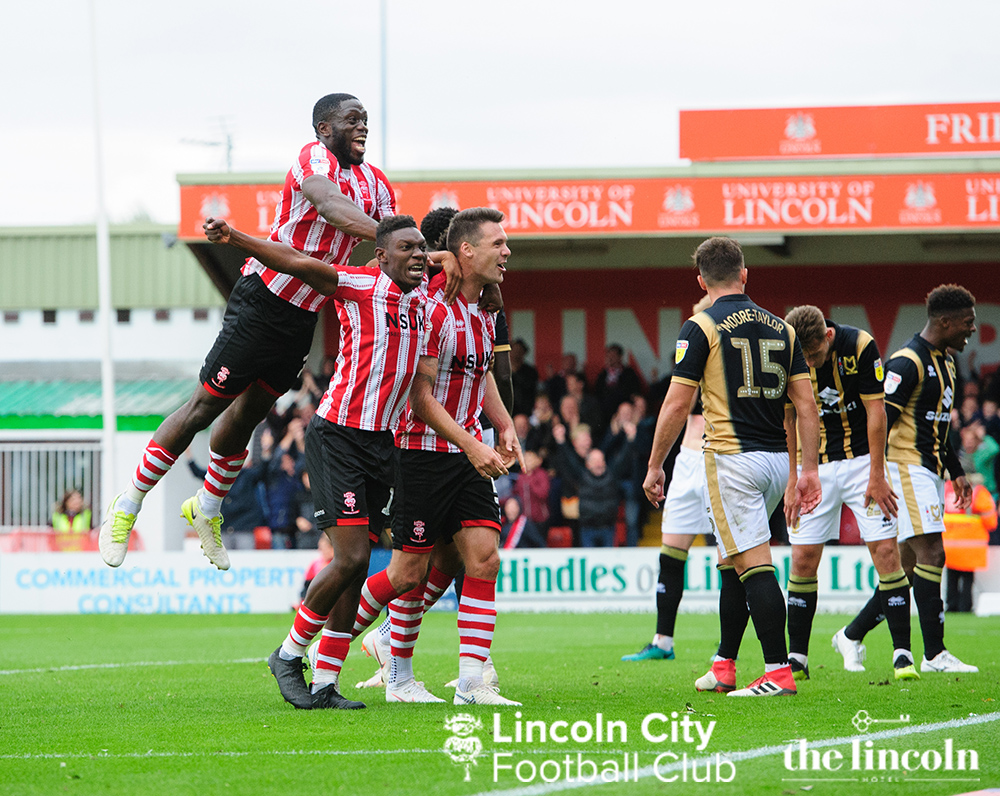 “I’ve been in three promotions before this one, so that’s four promotions now,” he said.

“It’s been a great year, everyone’s worked really hard, and all the lads, staff and everyone else at the club really deserves it.

“I think we deserve to be where we are next season, we’ve earned this promotion.”

The 35-year-old has skippered the side on numerous occassions during City’s first Football League title-winning season since 1976, and revealed how being part of a successful team is a breath of fresh air.

“It’s been so nice to get back onto the pitch and be part of a successful team again,” he added.

“It’s meant a lot to me, it’s been great. I just can’t thank everyone here enough for their hard work, and the fans have been absolutely incredible from day one, since I got here.

“Everywhere we travel across the country, their support is phenomenal and in comparison, to the rest of the clubs in League Two this season, they’ve been the best in the league.”

Danny Cowley will share his thoughts on the contract renewal in due course.