Shay McCartan is hoping to continue his fine form this Friday in order to help the Imps lift the SkyBet League Two trophy for the time in over 40 years.

City secured promotion on Saturday, but three points in Cumbria on Friday would ensure that none of their promotion rivals can pip them to the top spot.

The last time the Imps secured a Football League title was in 1976 under the management of Graham Taylor.

Despite the Imps being on an unbeaten run of 19 games, a new club record, McCartan expects a tough game at Brunton Park with Carlisle chasing a play-off spot. 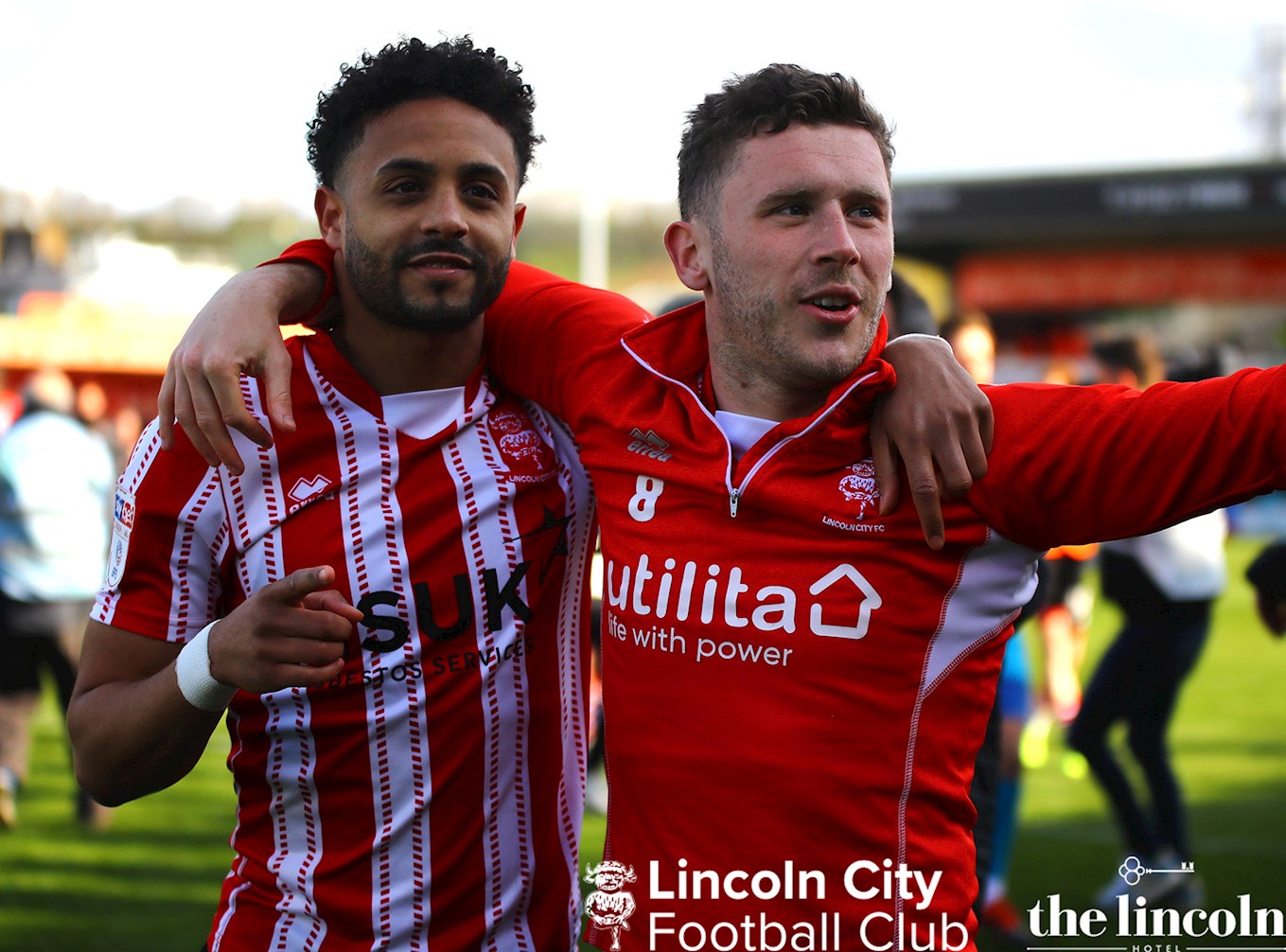 “We now have Carlisle which will be a tough game, it will be a long journey but the gaffer has said if we win the league on Friday it will sum up our season because of the way we play away from home,” explained the 24-year-old.

“We won’t underestimate them, we beat them in the cup and it was a very tight game in the league, but we know their football and we will be ready.”

The Northern Ireland international who has scored seven goals this season continued by reflecting on Saturday’s draw against Cheltenham explaining how it was a strange atmosphere at full time.

“It was a nice feeling to get the goal, to get one at any time during the season is great, it was a brilliant day when the final whistle went it was a bit strange but five minutes later when we got told we were going up the party started,” said McCartan.

“I had a feeling we were up, I went to the toilet during extra time and when I came back the physio said that we were up so I went on the pitch and told a few of the lads but they didn’t believe me until the gaffer came on and told them.” 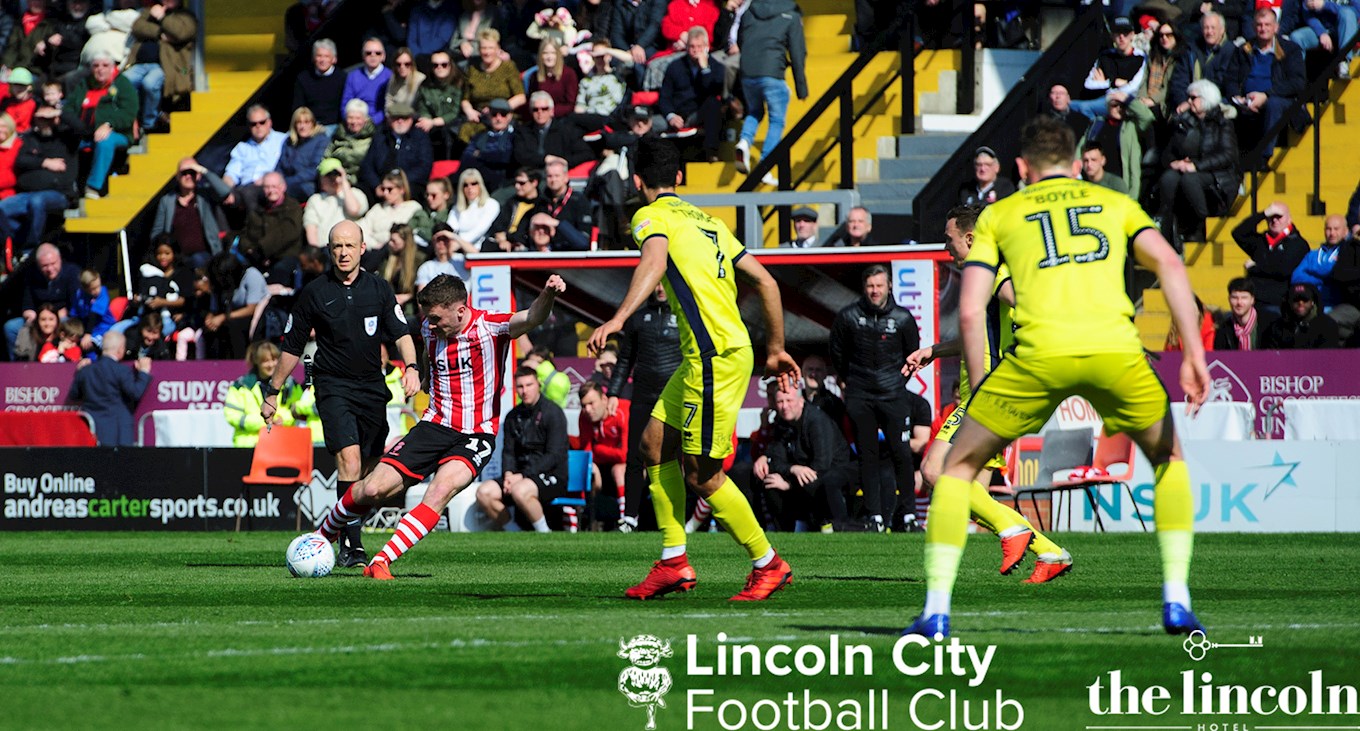 Following the arrival of Danny Rowe on loan during the January transfer window, Shay explained how he had to take his chances if he wanted to return to the Imps starting lineup.

“Rowey (Danny Rowe) has come in and done an excellent job so I had to be patience and take my chance which I got against MK dons so hopefully I can go on and finish the season with a few more goals.

“From day one I have loved my time here, it is a great place and we are on the up, the lads are all great and I love the area.”

With the Imps looking to make it their 24th win of the season on Friday, McCartan explained how the whole squad expects teams to raise their game when playing against them.

“It is a compliment that teams raise their game against us, we saw it against Macclesfield and Cheltenham, we even saw it away to Notts County,” said the 24-year-old.

“The mentality of the group is that we don’t take things for granted and that is the reason we have been on top for so long, the gaffer always say we work harder than any other team. We never get ahead of ourselves and we have had a few patches where we didn’t play well but we still worked hard to get the result.” 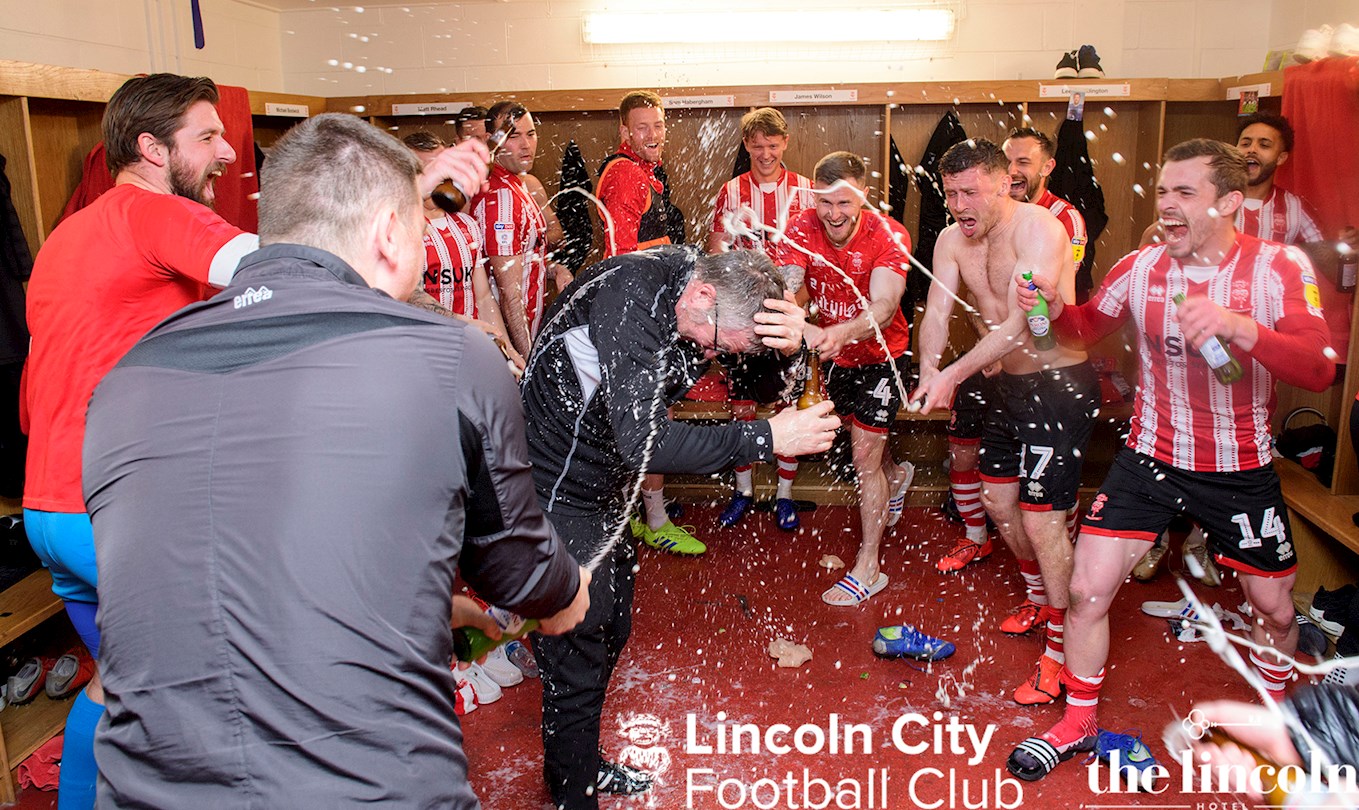 With Lincoln playing third tier football for the first time since 1999, McCartan believes that the Imps will continue to impress, especially with the support on offer from fans.

“I don’t see why Lincoln won’t go and do well, there are good teams but there isn’t much of a difference apart from three or four teams between League One and League Two.

"The whole city is on the up, that can only help Lincoln progress in League One,” explained Shay.

“The support from the fans has been brilliant from day one, the Boston game in pre-season was my first game and I remember the back of the goal being full which is nothing I have seen playing against a non-league team.

“The fans are as much of a part of the process as all the players, management and backroom staff.”

Join us at Carlisle United on Saturday, with over 2,000 tickets already sold, you can purchase yours HERE.