City boss Danny Cowley knows what is needed this weekend but is also aware of the challenges that Michael Duff’s side will bring to Sincil Bank.

Lincoln City have the chance to be promoted to SkyBet League One this weekend with a win over Cheltenham Town at Sincil Bank.

“We need to win, it is a simple equation but a tough challenge and we are going to have to work really hard to break them down,” explained the Imps boss.

“Cheltenham are a fantastic team, they are second in the form table just behind us. We have had a good look at them and they have very good structure throughout the side.

“They carry a real threat from set pieces and it will be a massive game for us, we are aware that there is a massive prize at the end of it.” 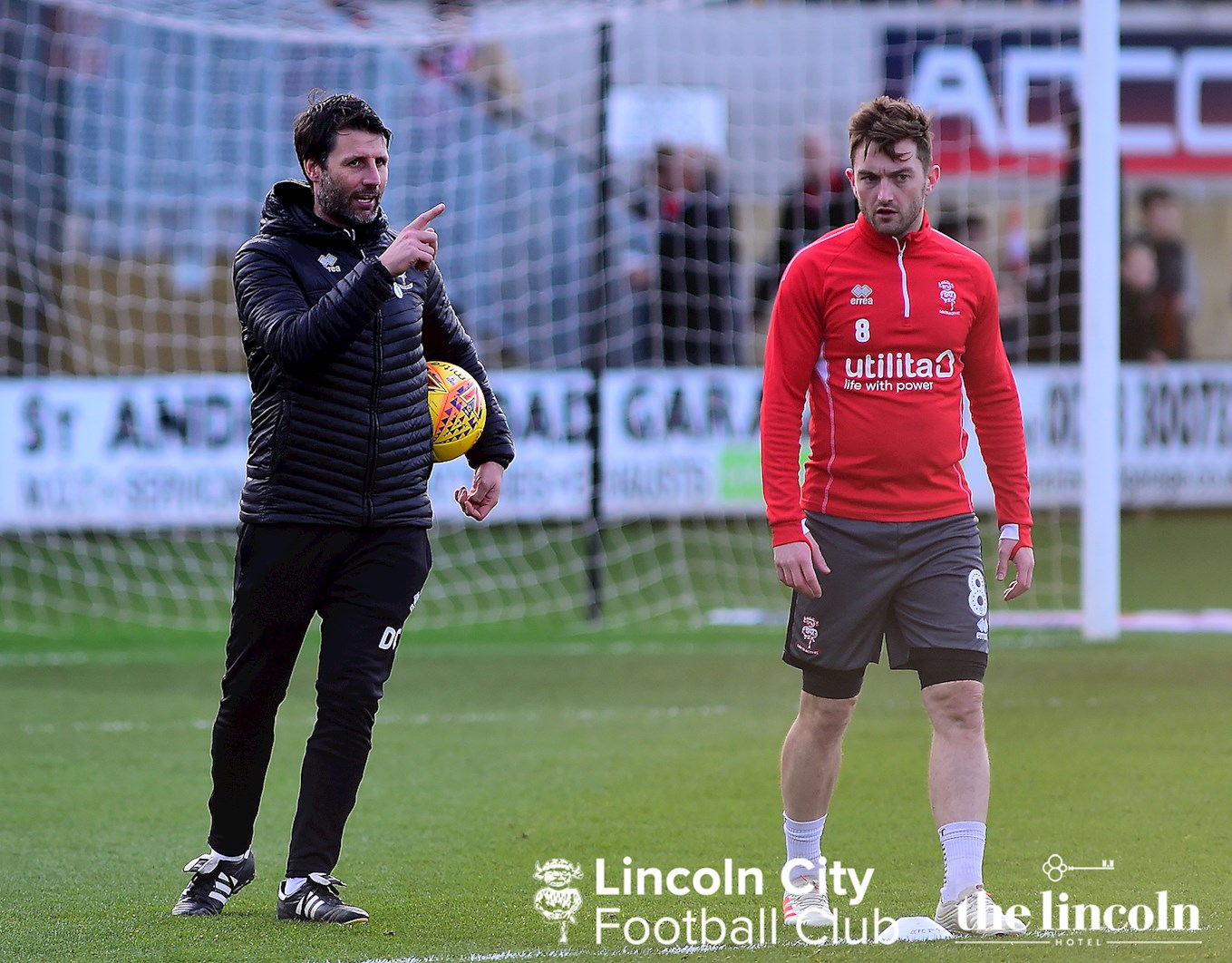 Lincoln are currently on an unbeaten run of 18 games in SkyBet League Two, a win on Saturday would see the Imps record their longest ever unbeaten run in the EFL.

Danny continued by discussing what the side are thinking going into Saturday’s fixture: “We are trying to achieve the objective of getting promoted, Saturday is a game of football and my life is much better when we win.

“Our plan has always been to win football matches because if you do that, you get to the top of a division and promotion will become an opportunity. The higher you go up the tougher it gets.”

Cowley went on to speak about how important it would be for the club to achieve SkyBet League One Status: “It will create some fantastic challenges for us all to be in a league with some really big clubs.

“We know things don’t just happen and we need to make them happen, we need to deliver League One football to our supporters. If we can do that then we will feel really proud.” 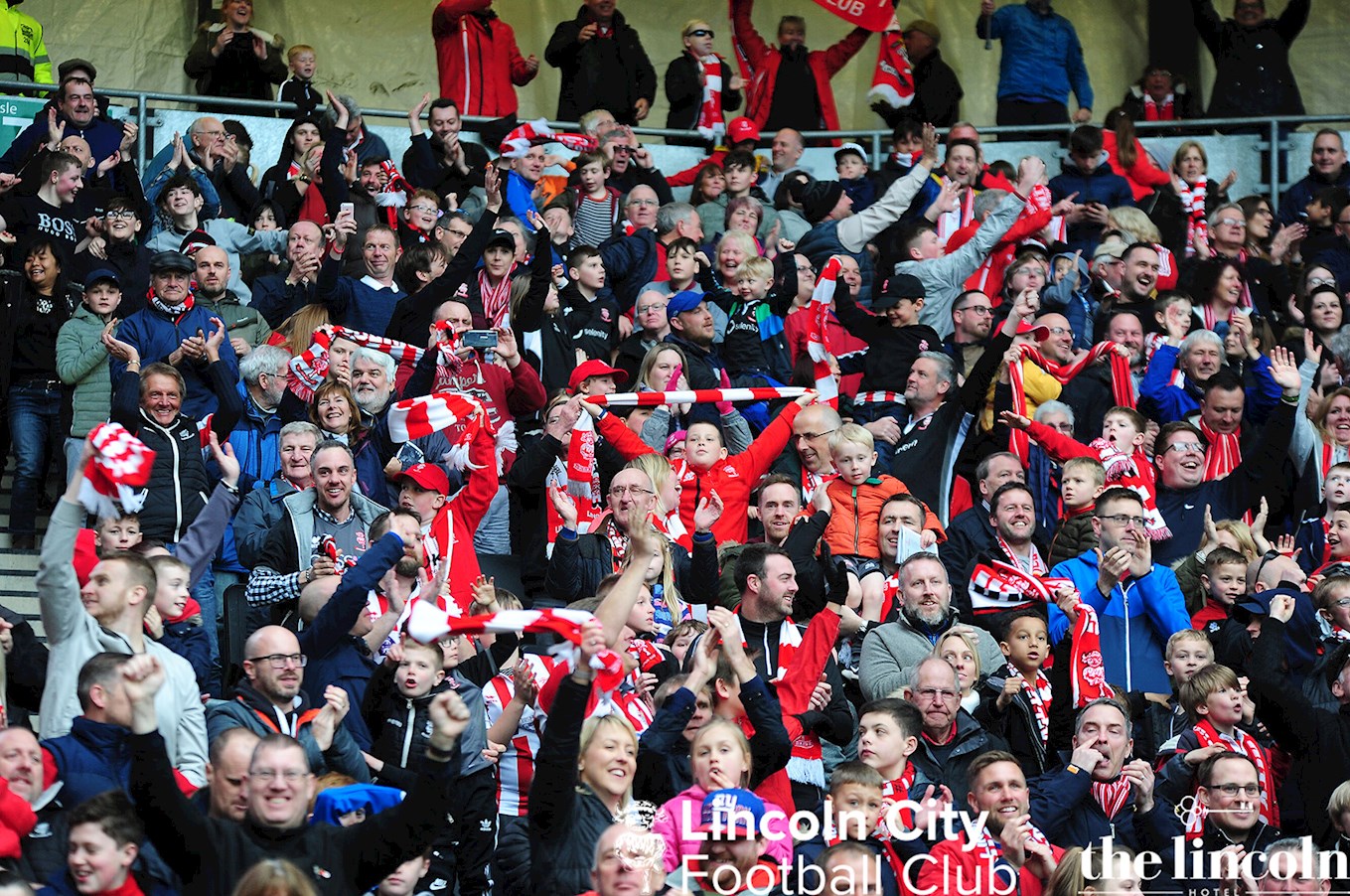 Lincoln took their largest away league following on record to the Stadium MK last Saturday with 5,556 Imps making the 200+ mile-round trip.

“Our supporters have been unbelievable from day dot, the success we have had is not about 11 people it’s about a county, a city and a club effort,” explained Danny.

“It is really nice to be part of a cause and to fight for something altogether, that is why we had that really proud feeling after Saturday.

“We had a great feeling after MK Dons on Saturday and to share that with near enough 6,000 supporters was amazing. If we beat Cheltenham then it will feel that times by 100.”

On-loan wide man Danny Rowe missed Saturday’s 2-0 win against the Dons with a slight knock, however the City manager finished his press conference by speaking about how the whole squad have trained on the grass ahead of this weekend’s game. 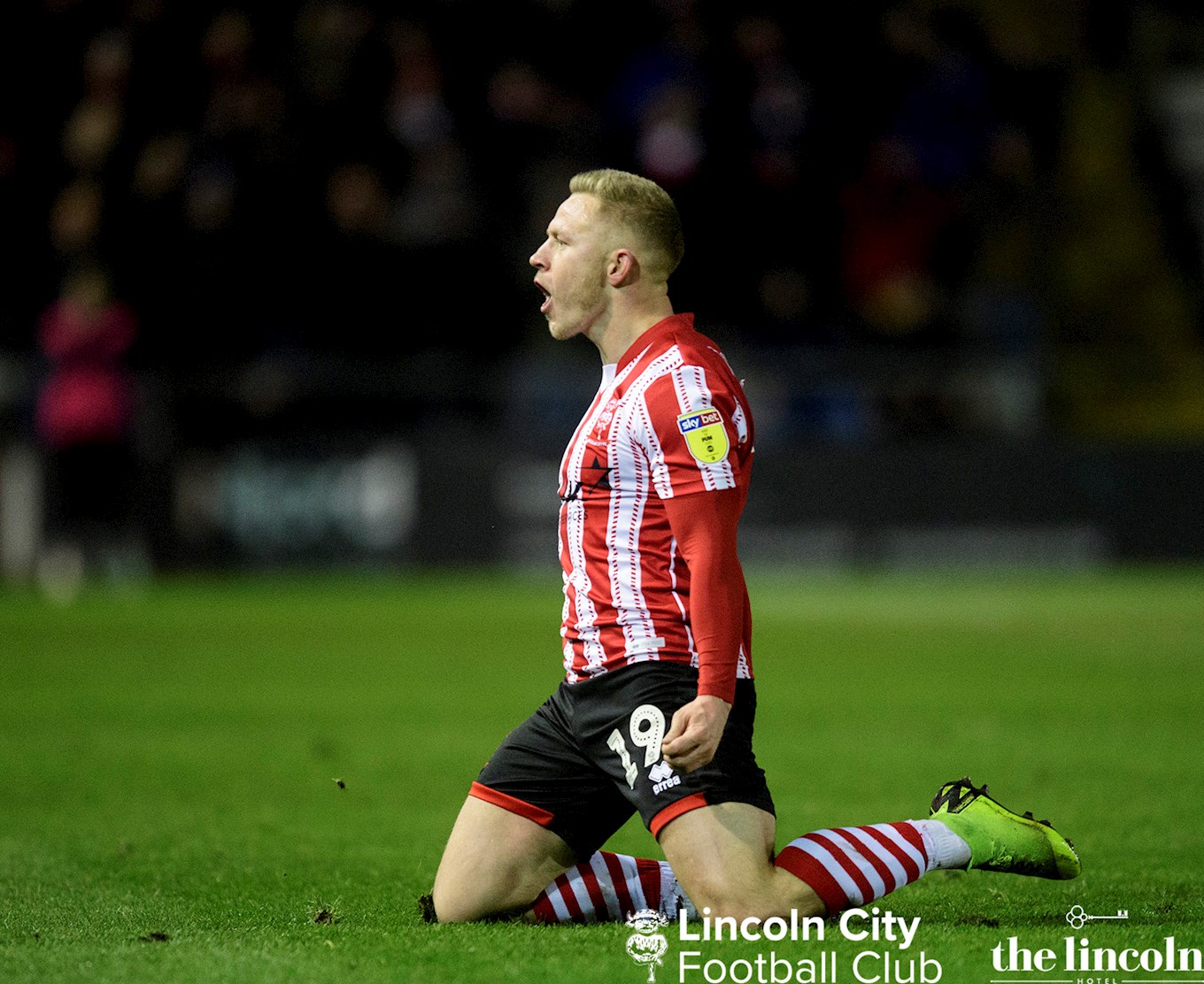 “Everyone is good, we have trained well all week and there is real determination and motivation in the group,” said the Imps head coach.

“Danny [Rowe] had a scan on Monday, it has cleared the knee and he was able to train today meaning he will be available for selection.

“Bruno [Andrade] had two injections on Saturday but he has also been back on the grass.

“We are proud of him because a player with less character wouldn’t take injections, he had one during the warm up and one at half time. He hates needles and he put his body before the team, that is what we are all about.”