Shay McCartan will be looking to get his fourth SkyBet League Two goal of the season against Colchester United on Saturday.

The on-loan forward spoke to press ahead of Saturday’s clash and expressed his desire to hit double figures this season: “I have always tried to be a nuisance upfront because I’m not the biggest, we’ve got pace in our side and it’s not a bad thing.

“I look into the goals I score more than assists. You could make the best pass in the world but if the other boy doesn’t finish it then nobody will remember it.

“I concentrate on scoring goals and double figures, that is the minimum for me. I think every forward has to aim for at least double figures.”

The Northern Ireland international went on to discuss his team’s performance on Tuesday as the Imps drew 2-2 with Carlisle United:

“Obviously, it is disappointing because we want to win all of our home games, Tuesday was just one of those days,” he said. 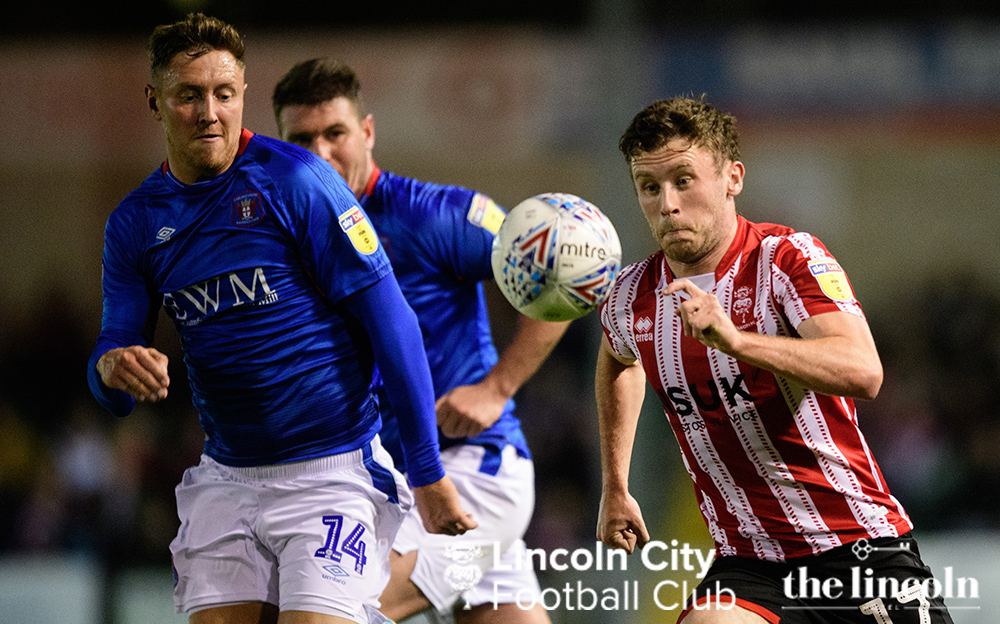 “We have gone over it today and we know that we have made mistakes defensively.

“Going forward we probably wasn’t as good as we should have been but we are now ready for Saturday.”

McCartan, who came through Burnley’s academy also spoke about how he is enjoying his football with Danny Cowley’s side before going onto look at Saturday’s opponents:

“I am really enjoying it, that is what I am here for, to enjoy my football. I am now enjoying training and I enjoy going to work.

“It is a brilliant place to come and train, the fans have been incredible as well and we just want to get back to winning ways. We will put the past two games behind us and try to get a win on Saturday.

“They look like a dangerous side with good players, they are very similar to us with the fact they have pace and we are looking forward to the game but it will be tough. I think every game in League Two is tough but we know they like to pass it a lot in and around the box.

“We will keep watching videos and we will be ready for it. We want to concentrate on ourselves because we have dropped four points in the last two games.”

A strong following is expected, and Imps fans can still pick up tickets for the game either online or on the day.