Harry Anderson is looking forward to this weekend’s game against Crewe Alexandra and having the opportunity to make things right with the supporters after the defeat against the Alex last season at Sincil Bank was hard to take.

The 21-year old played a starring role in the away fixture against Crewe last season where The Imps won 4-1 at the Alexandra Stadium as Anderson netted a brace of goals in a memorable second half performance.  But after the visitors reversed the scoreline in the return fixture in February, Anderson says the focus from everyone this weekend is to repay the fans for their tremendous support on what was a tough afternoon for everyone to take.

“Last year it was hard to lose at home, all we remember is that the crowd stayed with us, they were singing our names and clapped us off the pitch, now it’s up to us to give something back to them on Saturday.” He said.

The attacker is pleased with his form in the current campaign, although he insists he’s happy for the focus to be on the team rather than the individual after a ‘game of two halves’ against Tranmere Rovers in midweek. 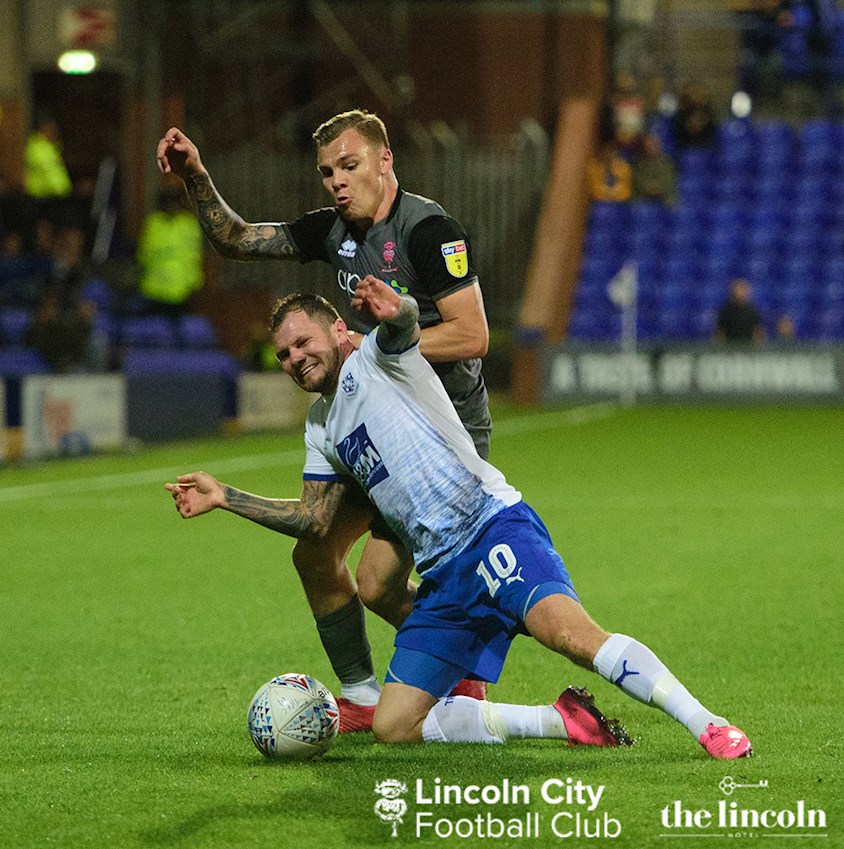 “I feel like I’m playing very well, I think I’m playing well for the team and creating space for others. Sometimes doing the simpler things can lead to more success. I think I have a lot more variety to my game now, sometimes my crossing would let me down so I’ve worked a lot on that. I’ve just got to keep doing what I’ve been doing.

“But we just to want to make sure we win the game, we don’t want to lose two in a row. We know what we’ve got to do. What we’ve been doing has been working really well, we just needed the final action to go our way on Tuesday, so hopefully we can make it right on Saturday.”

Tickets are selling quickly ahead of kick off, so we would urge any supporters still wishing to come to the game to purchase them ahead of the day of the game, by clicking HERE. The ticket office at Sincil Bank will be open ahead of the game, also Imps' supporters can take the option of paying on the gate at the Stacey West Stand ONLY before kick off.