Imps boss Danny Cowley was left frustrated at the full-time whistle, stating that his side dominated parts of the game and were unlucky not to pick up any points.

Danny Cowley’s side remain at the top of the SkyBet League Two table despite a 1-0 defeat away to Tranmere Rovers last night.

The Imps are two points ahead of second placed Exeter City who have picked up a total of 23 points so far this season.

“We were frustrated tonight because we lost a game where we only conceded one shot at goal,” said the Imps manager.

“It is frustrating night for us but a lot of our play was good tonight, I thought we dominated.

“We have done a lot of things right but in the second half and credit to them we felt they played better. We are bitterly disappointed that we conceded to their only shot.” 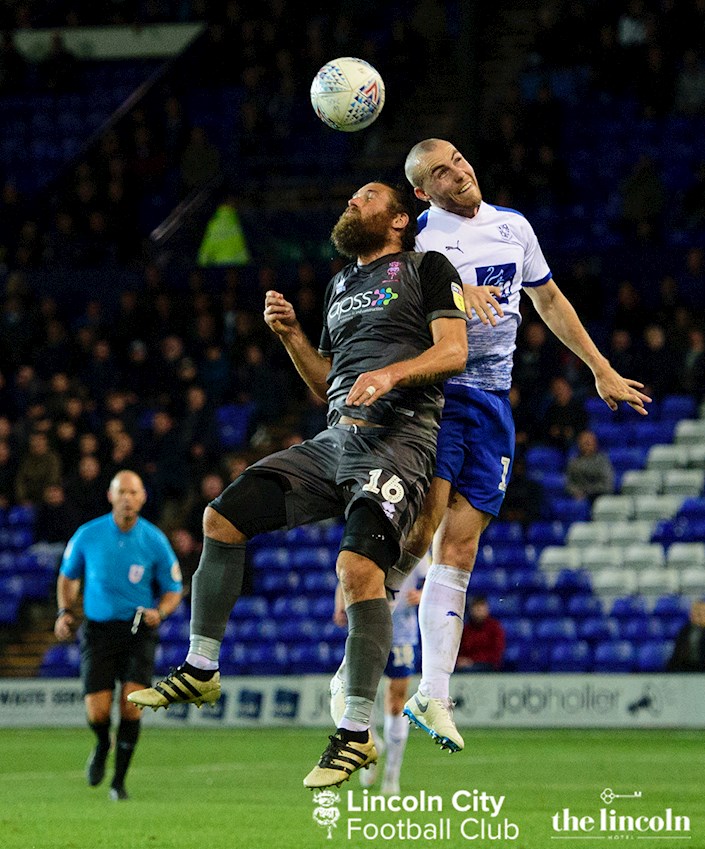 The Imps host 17th-placed Crewe Alexandra this weekend as they look to pick up their ninth win of the season. City have scored 20 league goals this season conceding just eight.

Cowley explained that his side will go again on Saturday and learn from their defeat against Tranmere: “We played really well in the first half and moved the ball very quickly, the disappointing part was that we had so many free-kicks and our set pieces weren’t as good as we’d like them to be, the delivery wasn’t to the standard we expect from ourselves.

“We have to suck up the disappointment and learn from the game when we go again on Saturday.

“If we had found the first goal we would have been able to get control. It’s all about the process and if we keep playing as well as that then we are going to win games. We have to just keep trying to get the process right.”

The Imps boss finished by praising both sets of supporters saying: “Credit to our supporters who travelled this distance on a Tuesday night, it is brilliant. We were well outnumbered tonight and that happens but we’ve got to learn to deal with that.

“There is very little between all the teams and this was really tough tonight. Their support was excellent and they got behind their team which always makes it difficult.”

Join us at Sincil Bank this Saturday! Get your tickets HERE.