City boss Danny Cowley expressed his disappointment in conceding a late goal before going on to praise a number of his players following the 1-1 draw at Sincil Bank on Saturday afternoon in front of a sell-out Sincil Bank.

Lincoln City returned to the top of the SkyBet League Two table ahead of the league’s 3pm kick-offs with a 1-1 draw against David Flitcroft’s Mansfield Town.

The Imps had taken the lead through substitute Kellan Gordon’s 85th minute strike. However, former England Under 19 midfielder Jacob Mellis scored an injury time equaliser for the Stags.

“We are just disappointed to have conceded late on in the game because it hurts. We have been on the other side where we have scored late goals and it is a great feeling but today we’ve got to suck it up," Cowley said.

“It was a really good game with two great teams, there was very little in it and I thought we probably just about deserved it especially in the second half. We had more in the second half in terms of territory and chances on goal, but we have to lick our wounds and go again. 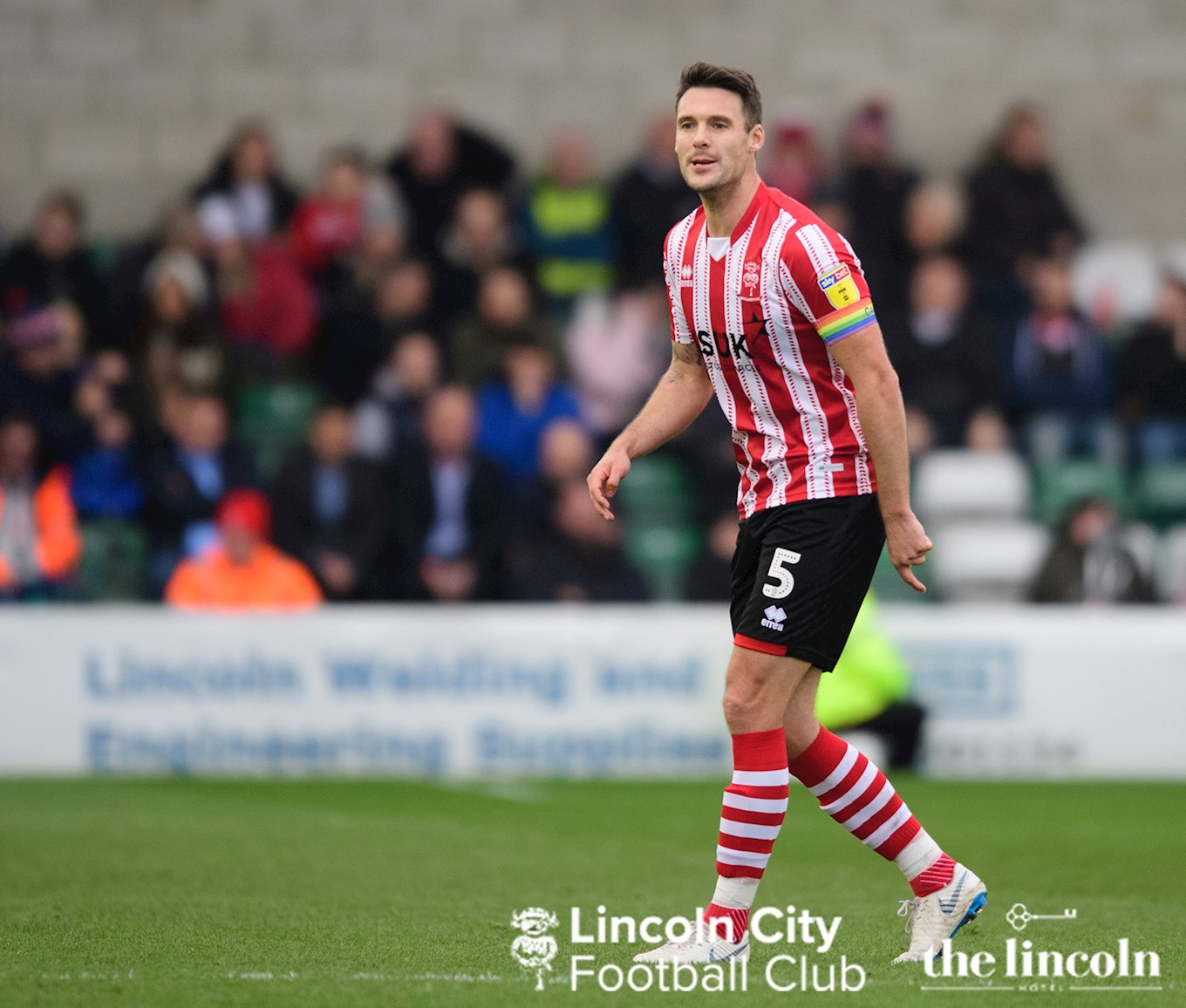 “Bruno [Andrade] worked really hard, I thought there was some good performances from Josh Vickers, Bozzy [Michael Bostwick] and Shacks [Jason Shackell]. The three of them were excellent.

“There was a super save from Josh, he is so good at using the depth of his line and he makes those saves which have almost gone behind him, so it was a really good save but we are disappointed that once we took the lead we didn’t see it out.

“Eards [Neil Eardley] coming back for his first game was reliable as ever, Petty [Tom Pett] and Michael O’Connor I thought all put in a good performance. Then all three of the subs came on and I thought they had the impact which we wanted from them. I thought they were all really good but I am disappointed with their goal.” 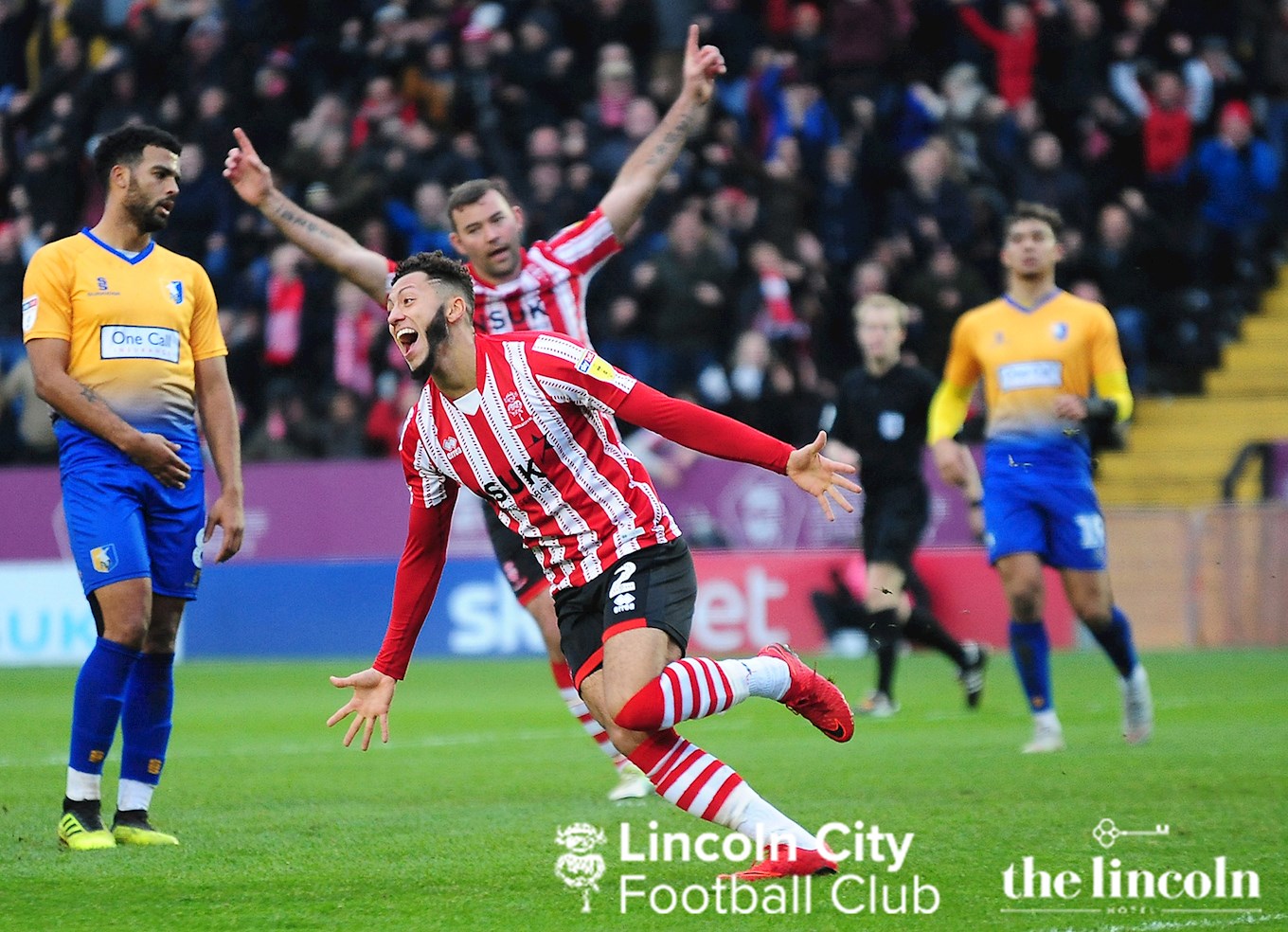 Cowley went on to discuss both sides explaining how he felt his side didn’t test their opponents as much as he’d like in the first half: “It was an even game, I thought we started the game better but they came into it and finished the first half the better side.

“There was very little in it in the first half and we didn’t quite test them as physically and as mentally as we wanted to because we really wanted to crank it up. We did much better in the second half because I thought we had a real ascendancy.

“We were one up deep into injury time and we feel like it is two points lost definitely, but they are a good team and you just have to look at their bench to see the strength and power they have got in their squad.” 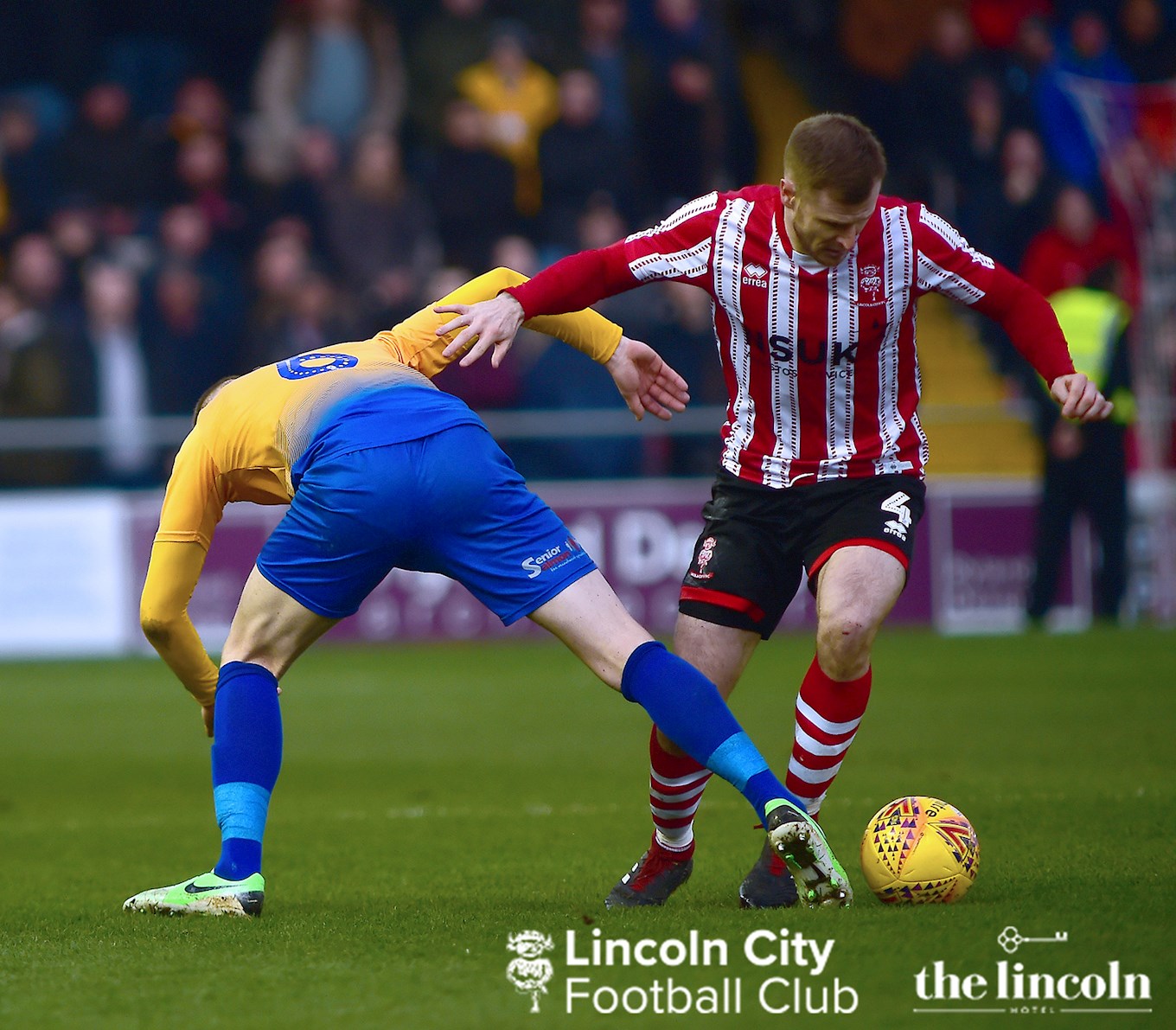 Cowley finished by going into depth on Lee Frecklington’s injury. The Imps boss is hoping the midfielder will return to action in the near future: “Frecks [Lee Frecklington] is still struggling with his bone bruising, he had the big collision in the Port Vale game. The human body is a very clever machine because the hamstring was protecting the bone bruising in the early phase.

“Now there is no protection in the knee and if he doesn’t catch the ball right he feels a grinding of the two bones which causes a lot of pain. He had an injection early in the week which will hopefully resolve it and he’s not too far away. We just felt the best decision was to take the long-term view going forward.”

City are back in action on Tuesday night, with a trip to Oldham, and over 400 tickets have already been sold for the trip.