The Imps striker was voted the winner of the monthly accolade after his performances across March which included his crucial equalising goal against Mansfield Town, a sublime individual goal away at Chesterfield and the late winner against Exeter City on Good Friday.

Palmer has this season netted eleven goals in an Imps shirt ahead of this weekend's clash against Yeovil and was presented his trophy by Dave Palmer of the Professional Footballers Association and Imps' supporters Alistair Sawyer and Debby Bailey at Sincil Bank. 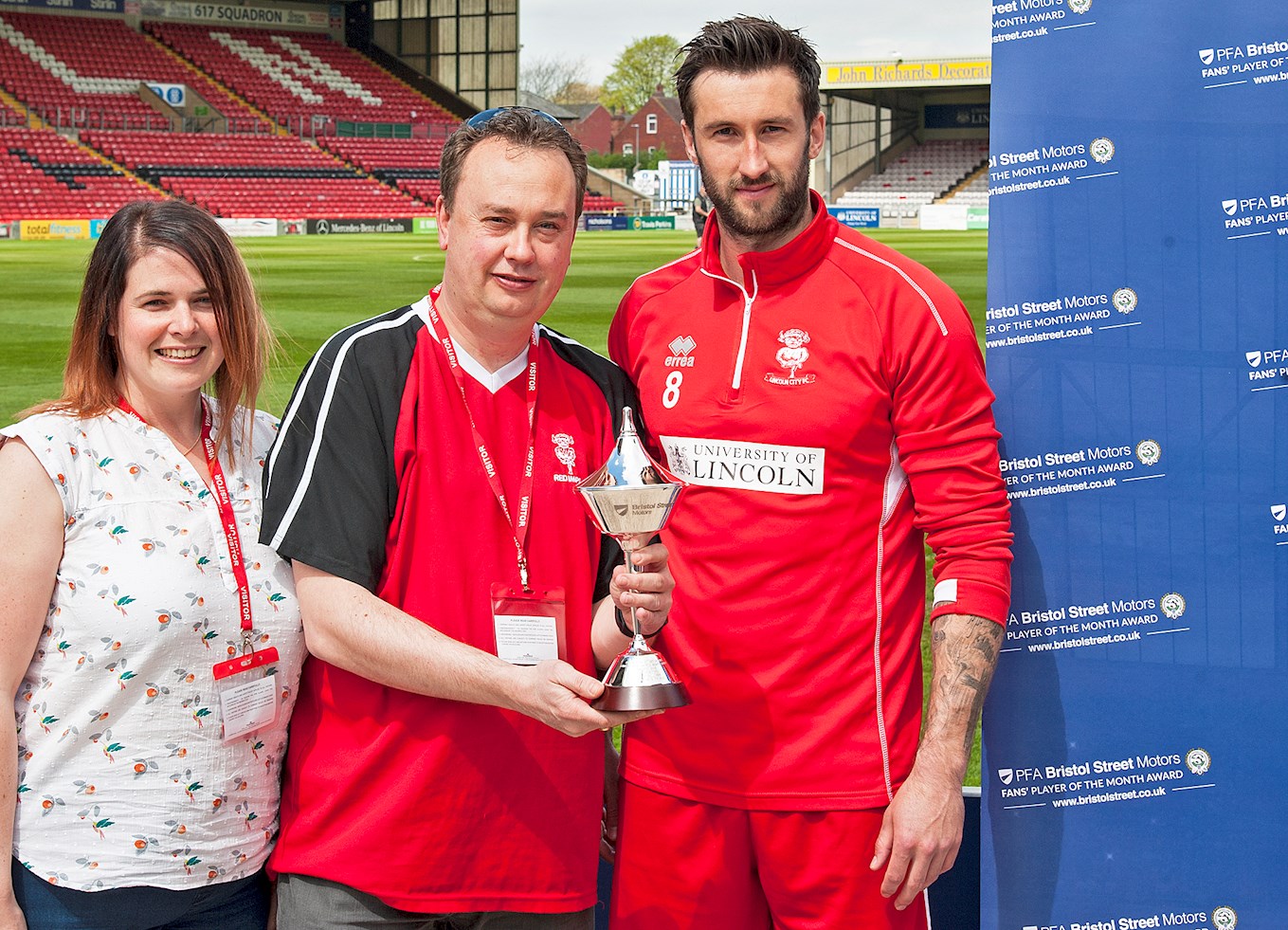 The Imps striker was delighted to receive the award and thankful to everyone who cast their votes on the social media poll which decided the winner of the accolade.

"I'd like to put on record my thanks to all who voted for me, this award means a lot to me and I'm proud to receive it." Palmer said.