We sat down with Kevin Cooke to discuss more about his role at the club, as he also provides more of an insight into ExCo at the club.

For those who may not know, what is the ExCo, and how does it add value to the club?
Exco is essentially a sub group of the Board which makes operational decisions, and makes recommendations to the Board for approval where necessary. It streamlines decision making and means that the Club can act quickly when necessary, such as when signing players.
It was recently revealed by Clive Nates that you will continue chairing the ExCo meetings, what does this role entail and how will the club benefit from this?
The members of Exco are in constant communication on a daily basis and meet formally on a monthly basis. I chair those meetings and my role is to make sure the meetings are run efficiently and effectively and that agenda items are given thorough consideration and debated robustly where necessary. Decisions are made using delegated powers granted by the Board, to which Exco is accountable. The Club benefits in that decisions can be made very quickly by a small group of people, all of whom have a thorough knowledge of the Club’s operations.
Following the recent changes at Board level, can we expect to see any further changes with ExCo?
Bob Dorrian was, up until recently, a member of Exco. At the moment, the full members are Clive, Roger, Liam and myself but we do have input from other key personnel as and when needed. Keeping Exco as a small group means that we can be incredibly efficient in our decision making.
Finally, we understand you plan to step back from executive duties at the club in the not to distant future?
That is correct. I have held an executive role at the Club for the last four years. At the time I was drafted in to the Club, the Club was going through a difficult time and every day was a challenge. Initially, it was a struggle to keep the Club afloat with the demands placed upon us by the Bank and with us fighting off the occasional winding up order. We quickly steadied the ship, brought some stability back to the Club and then, with the assistance of new investment from Sportvest, created a foundation upon which to build. The last two years have been tremendous and the Club is totally unrecognisable from what it was four years ago. My background is financial management and so to step down from my executive duties at a time when the Club has such financial stability is a source of personal pride for me, especially as the Club was virtually broke when I took on the role four years ago. I am remaining on the Board and I will continue to chair Exco but going forward I will leave the day to day financial management of the Club to Liam and to the Club’s new Head of Finance, Tony Bilbie. 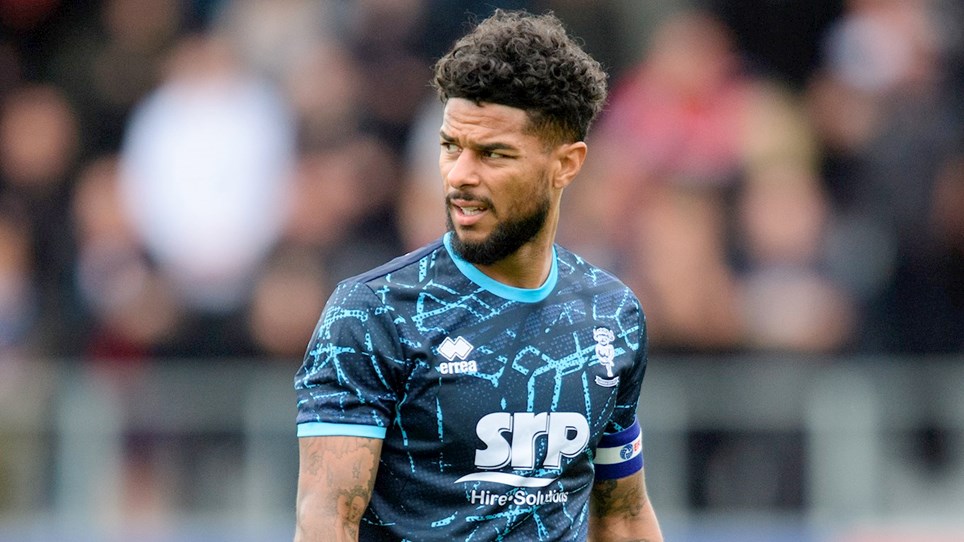 
Liam Bridcutt is confident the Imps can go on a run again soon, as he prepares to return to action.

Bishop: We need to stick together


Ted Bishop has assured supporters the players are frustrated with the team’s recent dip in results after bowing out of two cup competitions in the past week.


Michael Appleton says there will be no stone left unturned as the Imps look to regain their spark in front of goal.


Sam Long is beginning to feel at home as a member of the Imps' first-team squad.