Nathan Arnold has today departed the Imps following a mutual termination of his contract.

The 30-year-old arrived at Sincil Bank ahead of the 2016/17 season, and scored numerous iconic goals during a historic campaign, which saw the Imps crowned National League Champions, as well as reaching the Emirates FA Cup Quarter-Finals.

Arnold began the following campaign at the Imps, before heading out on loan in January.

During his time at Sincil Bank, Arnold made over 75 appearances, scoring 13 times.

“Nathan made an outstanding contribution in helping Lincoln City get back into the league,” manager Danny Cowley said.

“Everyone associated with Lincoln City will be forever thankful for the role he played.” 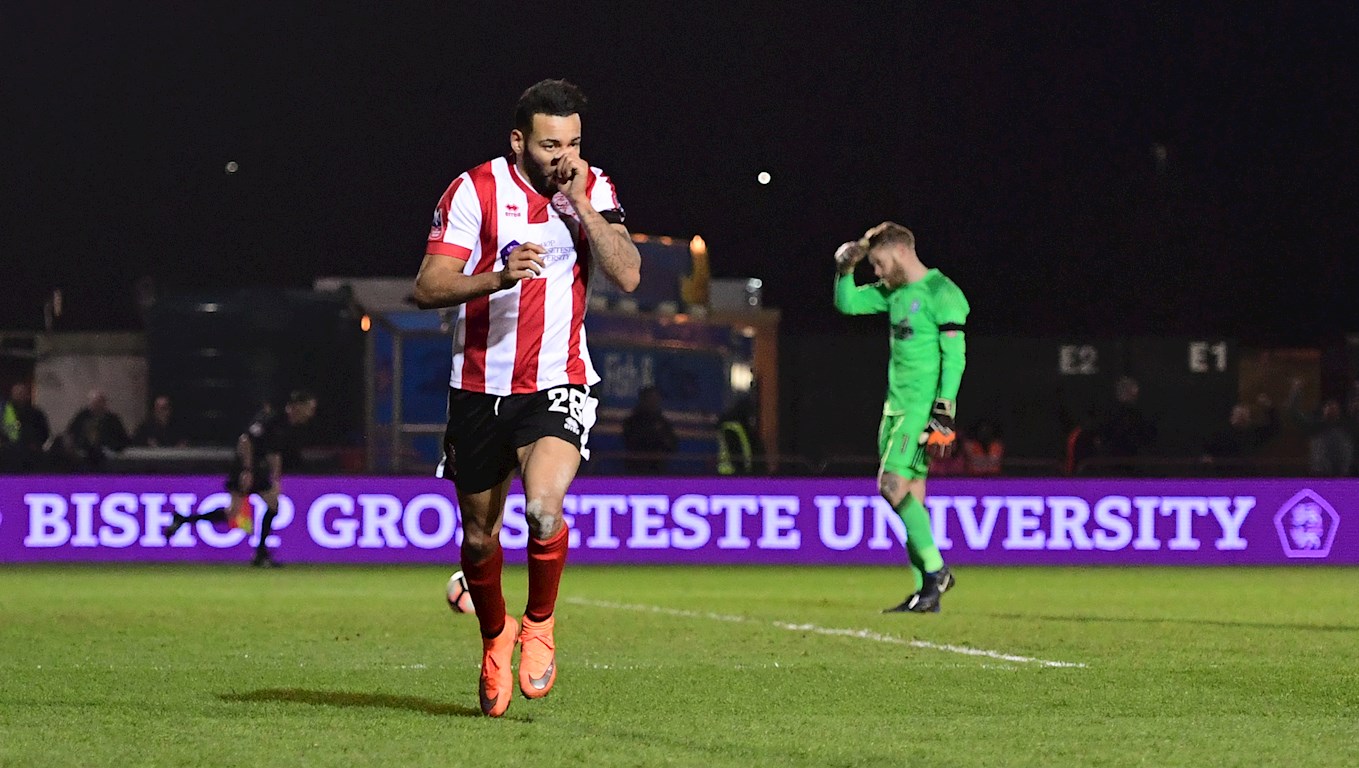 Arnold’s last-minute goals against Ipswich Town and Gateshead proved to be historic goals in a memorable season for the Imps.

“His goals against Ipswich Town in the FA Cup and Gateshead in the league will live in our memories forever,” Cowley added.

“I would like to wish Nathan the very best for wherever he decides to go next in his life.”