The Imps host Newport County tonight in League Two as both sides look to close in on the play-off places.

It's Danny Cowley's first fixture since the 4-2 win over Peterborough United in the quarter-final of the Checkatrade Trophy, and a return to league action following the 2-2 draw with Notts County 10 days ago.

We take a look at Michael Flynn's side who performed cup heroics with a 1-1 draw against Tottenham Hotspur at the weekened to force a replay at Wembley Stadium.

Click HERE to purchase tickets for the game tonight. 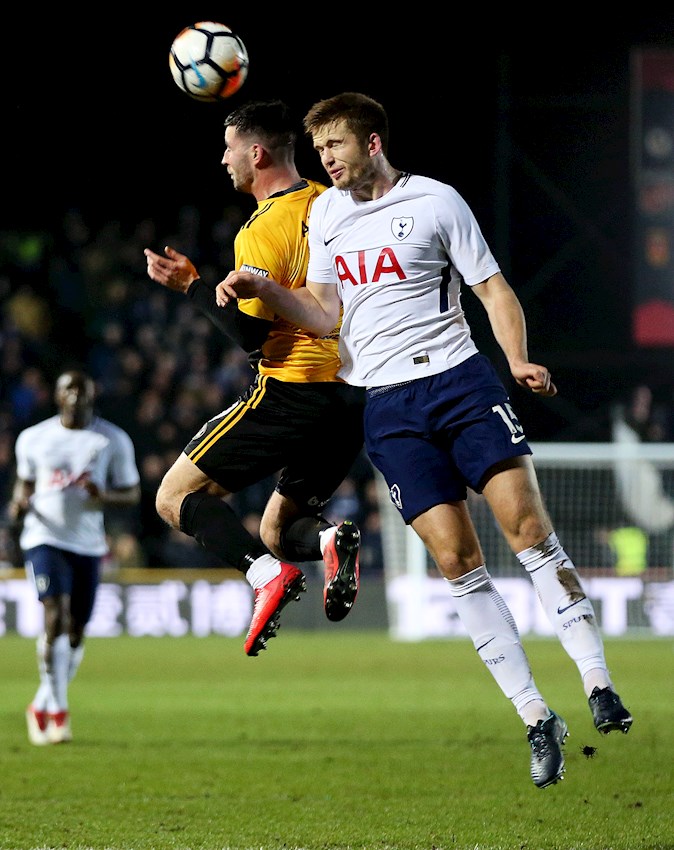 The Exiles haven't let their cup run distract their league form as they sit in ninth place in League Two, just shy of the play-offs. They are without defeat in five games, although they were held to a 1-1 home draw to Morecambe last time out.

Prior to that, the Welsh outfit had won three consecutive games beating Crawley Town, Grimsby Town and Exeter City all 2-1. Their last defeat came on Boxing Day in a 2-0 defeat at Wycombe Wanderers.

Newport have kept eight league clean sheets this season, but their last one came against the Imps before Christmas. 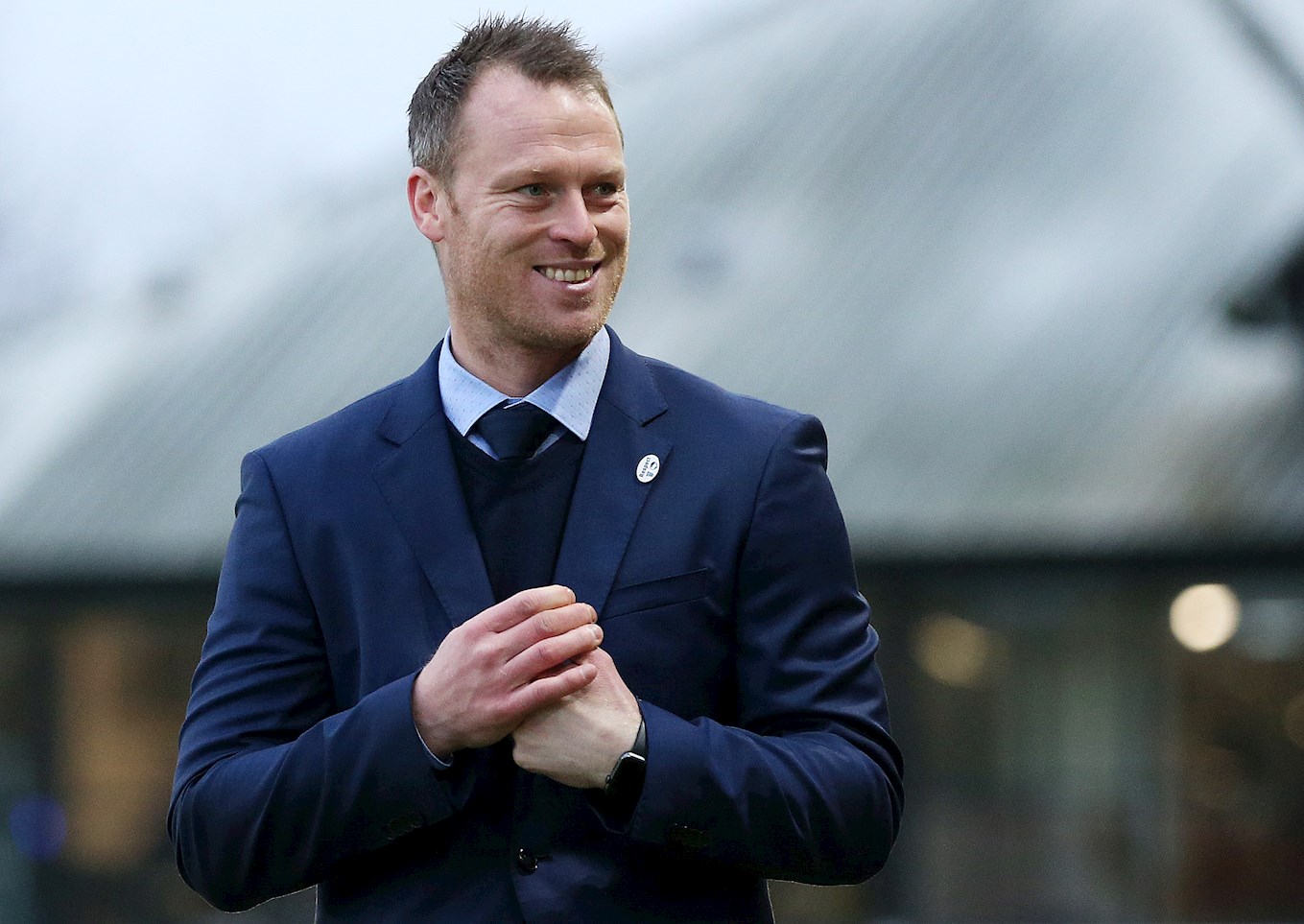 In Flynn's pre-match Press Conference, he admitted that the majority of his squad are fit to face the Imps, despite the fatigue of an intense FA Cup game with the Premier League side on Saturday.

"It was a light day of training [on Monday],” Flynn told the local media. “We’ve got to try to keep everyone fresh physically and mentally.

“We’re coming into the business end of the season now and the players are fit but we just have to keep them fresh and ready to go again.

“David Pipe’s hamstring is a bit stiff but other than that they’re all OK.”

Ahead of the clash tonight, Flynn added: "It’s a tough trip but we’re not daunted by it." 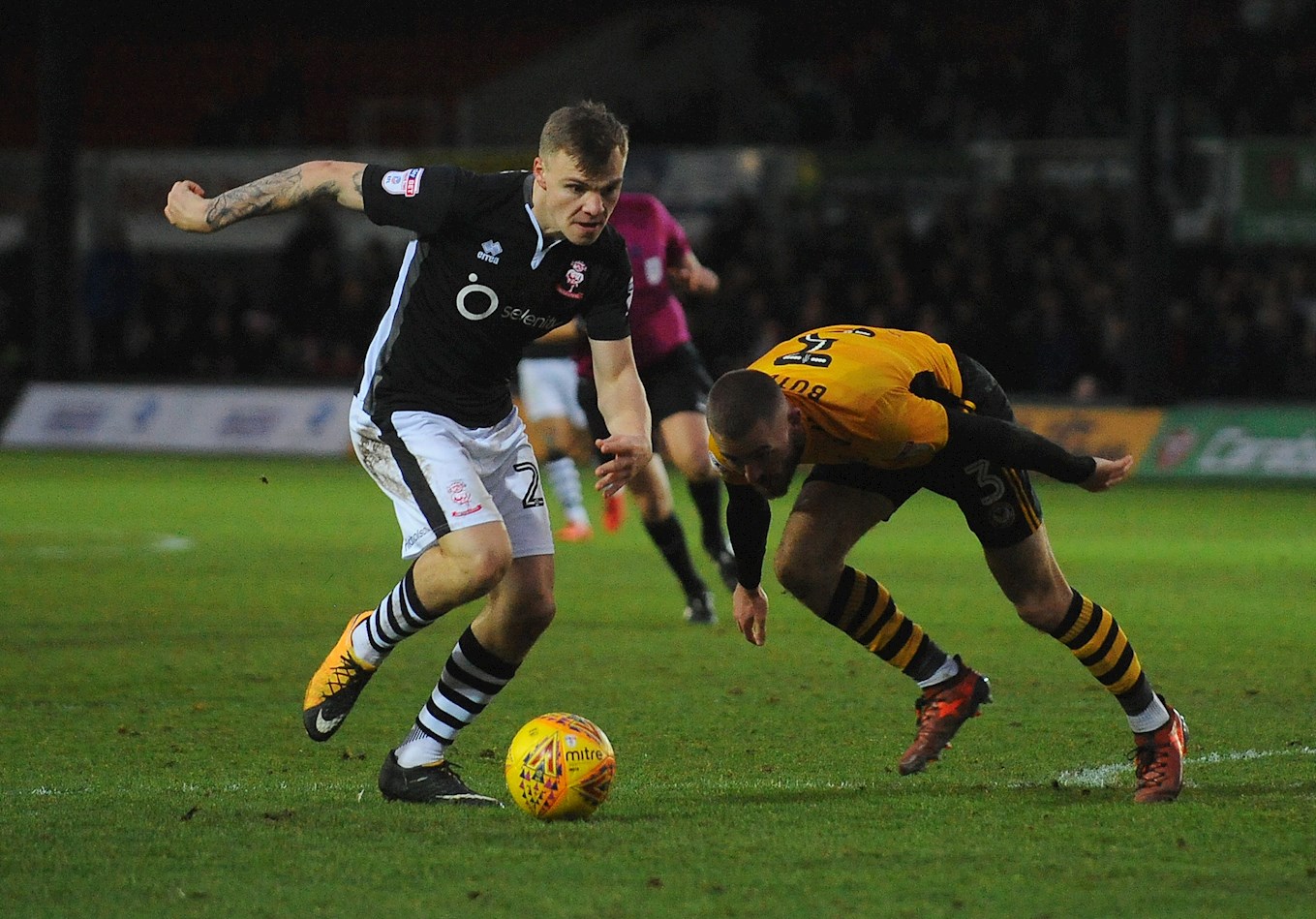 A 0-0 draw was played out at Rodney Parade in the last meeting between the two sides, despite Newport finishing with 10 men following Mark O'Brien's red card in the second half.

The Imps first faced Newport in 1962, playing them twice in the space of three days, winning the home fixture 3-2 thanks to a Russell Green hat-trick. However, our visit to Rodney Parade saw us fall to a 4-0 defeat.

There hasn't been too many memorable trips to Rodney Parade, but in the 1985/86 season, we ran out 2-1 winners thanks to goals from Gordon Mair and Kevin Kilmore.

Two defeats came in our more visits to Newport County in the National League, before County were promoted in 2013.

Our last win against the Exiles came in 2012 at Sincil Bank. Goals from Mark McCammon and John Nutter secured a 2-0 victory.

One to watch - Frank Nouble

The 26-year-old forward has had his fair share of sides across the EFL having been loaned out to eight different clubs during his career.

A product of Chelsea's Academy, he left for London rivals West Ham United as an 18-year-old.

During his time at the Boleyn Ground, Nouble had loan spells with sides including West Bromwich Albion and Swansea City among other EFL outfits, before joining Wolves permanently in 2012.

It was a short stay at Molineux, before he departed to Ipswich Town, where he spent just under three years.

Nouble arrived at Rodney Parade in the summer of 2017 and has been an ever present in Michael Flynn's side.

He is a powerful centre forward, and also possesses an aerial threat, scoring eight times so far this season in all competitions, including a hat-trick against Chesterfield.