Imps boss Danny Cowley was delighted to see his side reach the Third Round of the Emirates FA Cup, as goals Matt Rhead's 50th for the club and John Akinde's seventh of the season secured a 2-0 victory over Carlisle United.

The Imps boss was pleased with the way his Lincoln side started the game saying: “We like to start the game quick and we certainly did today. It was a good kick-off and then Bruno [Andrade] did great to deliver the ball to [Matt Rhead] Rheady who then does what Rheady does best. He’s scored 50 goals now for Lincoln and he should be very proud this evening. 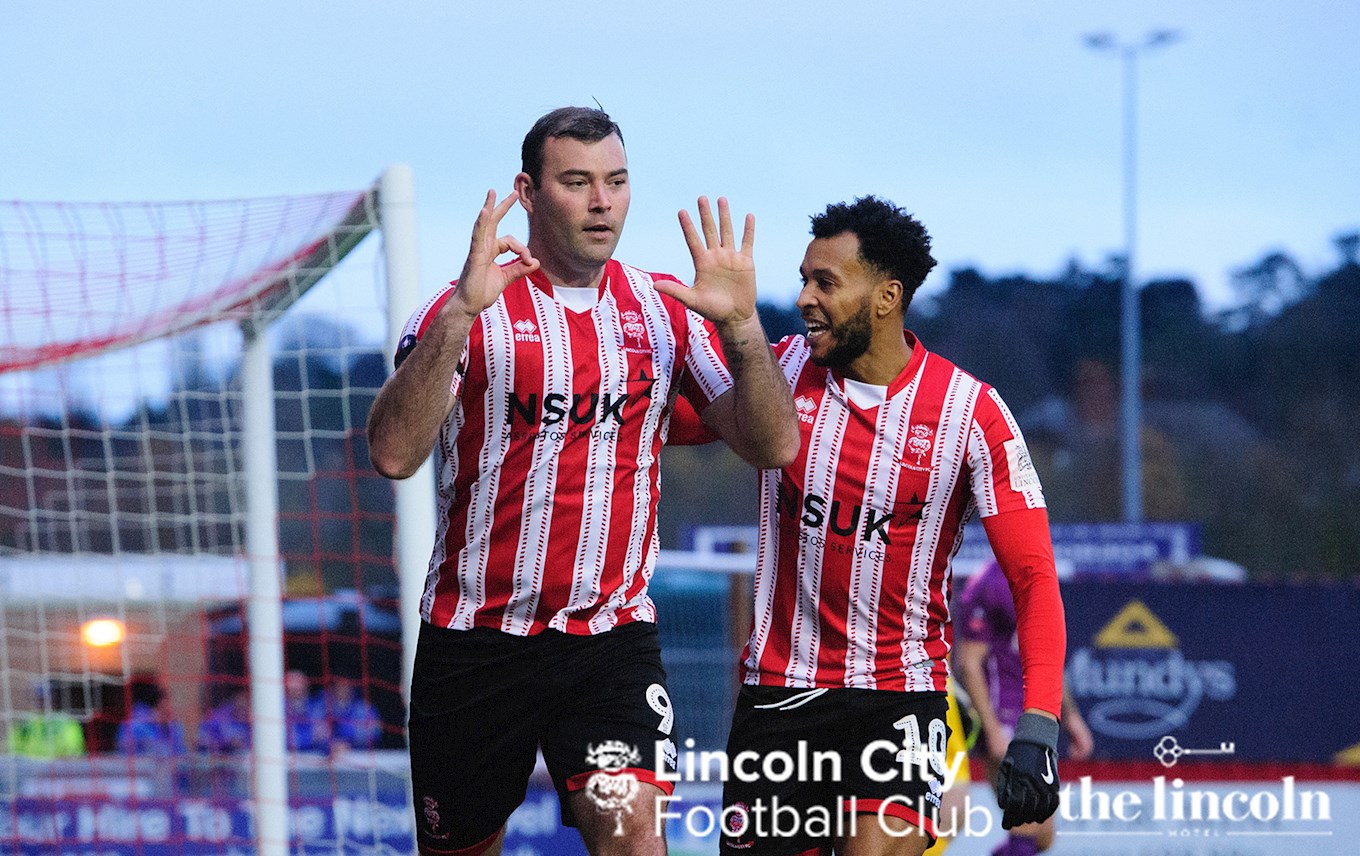 Rhead started alongside Matt Green upfront as Lincoln made three changes to their starting line-up following Tuesday’s 1-1 draw away to Oldham Athletic.

John Akinde scored his seventh goal of the season in the 86th minute to secure the Imps their place in the hat for the third round. Cowley was over the moon for the striker who arrived at Sincil Bank during the summer saying:

“We are really pleased for John because he deserves that, post Colchester he has been brilliant and has done everything but get a goal, so it was nice for him to find the back of the net today," he said. 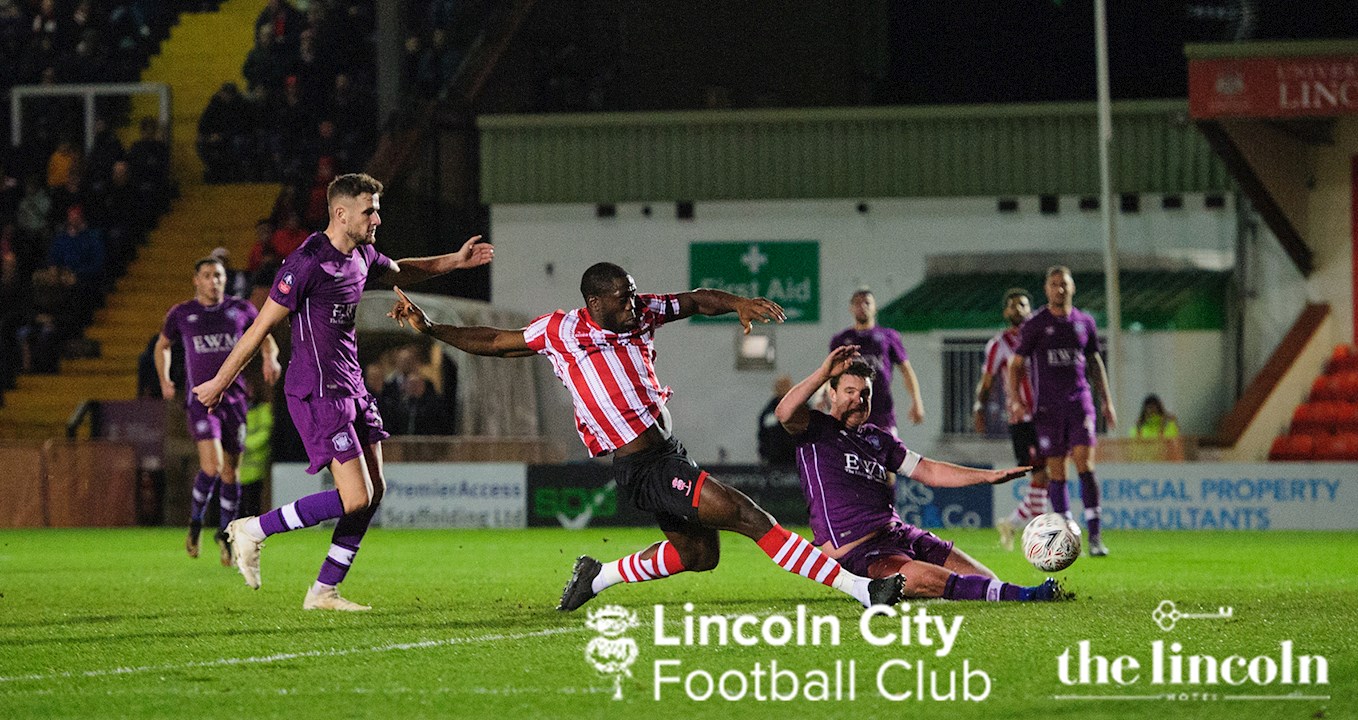 “A forward is always going to score goals and John has always scored goals, he has done that the whole of his life.

"He probably hasn’t scored as many as he would like to but he has done very well doing other things for the team, which we respect and appreciate.”

Lincoln picked up their first clean sheet of the competition following a number of impressive saves from Imps goalkeeper, Josh Vickers.

The Imps had the highest home attendance of the round’s three o’clock kick-offs with a crowd of 6,438. The City manager praised the home supporters saying they created a great energy around the ground: “The supporters were brilliant today, there was six and a half thousand and it felt like ten thousand in terms of noise. They stayed with the players throughout and had a great energy like only they can create. 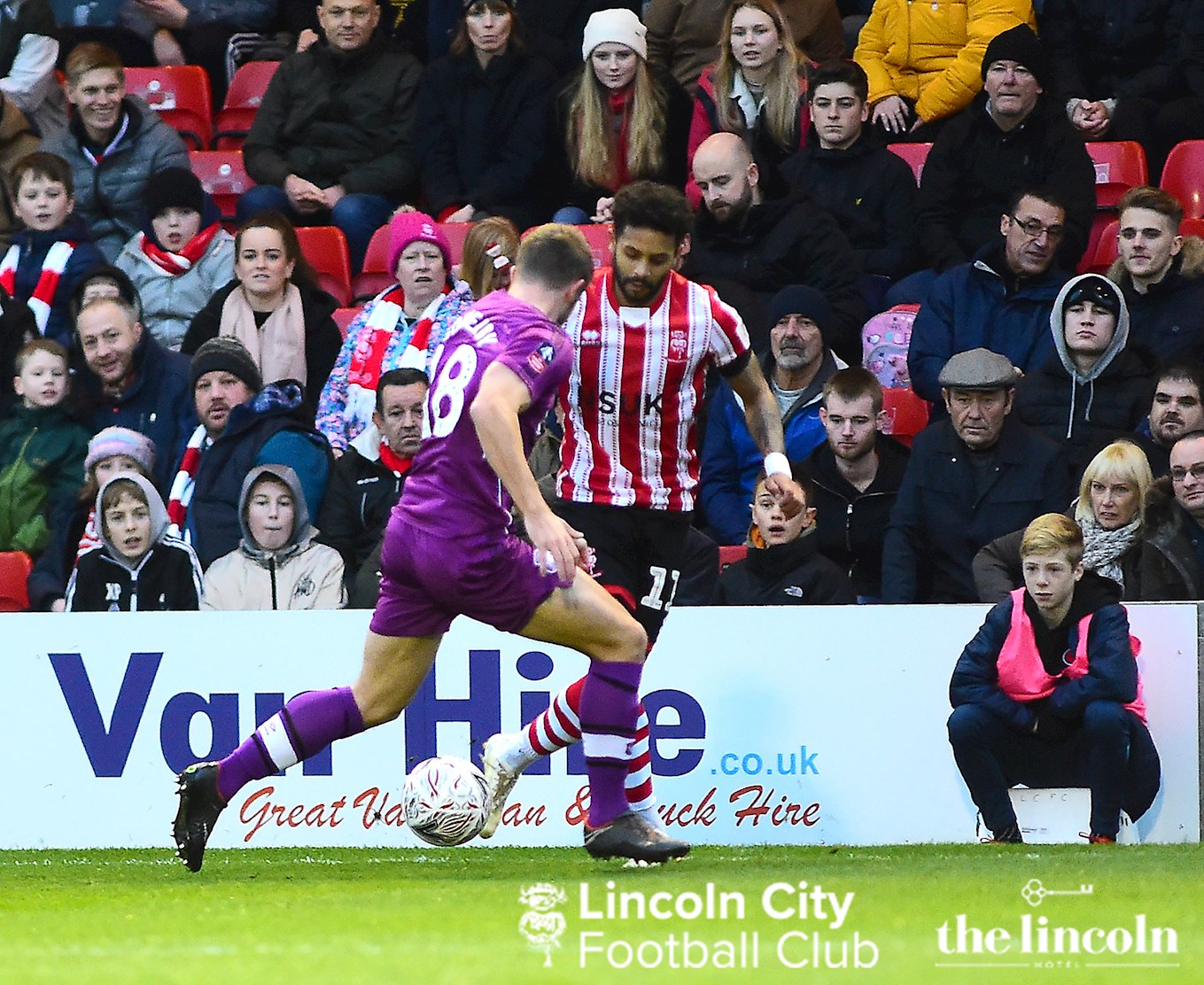 “It’s hard for a manager because If you speak about it you magnify the situation and if I get asked a question I will answer it. I just felt that we are a better club if we stick together, that doesn’t mean people aren’t allowed opinions because everyone is but it’s about sticking together.”

Cowley finished by explaining how he wants an easy draw in the next round however, spoke about the fact that he wouldn’t argue with a trip to Premier League giants, West Ham or Tottenham.

The Imps boss went on to talk about the excitement of the FA Cup saying: “I want an easy draw to see how far we can get again but if I can’t get that then West Ham away or Tottenham away at Wembley would be quite nice.

“It is exciting and the FA Cup is a great competition because you can play a bit freer as there isn’t pressure for points, it gives you a nice break from the league. We have a busy Christmas so we can focus on the FA Cup after that, there is nothing better tucking into your Christmas dinner knowing your team are still in the FA Cup.”

The Imps are ball number 56 in Monday night's draw, which will be held live on BBC One.