Ahead of Saturday's sell-out Sky Bet League Two fixture against Coventry City, we are able to inform supporters of the events around the 90 minutes of football at Sincil Bank.

Ribs 'n' Bibs will make their return to the Fan Zone following the success of the previous visit at the Cambridge United game.

The exciting launch of the Family Fan Zone will take place this Saturday, opening at the same time as the Fan Zone, and will be located alongside the Fan Zone with Pudsey Bear in attendance, as well as a variety of activities.

Also, the Imps FPA guests this weekend will be none other than former Coventry City and Newcastle United winger Darren Huckerby, who joins us in the Fan Zone with former City trainee and Blackpool man, Ben Dixon.

The Fan Zone welcomes both HOME AND AWAY supporters, so we look forward to seeing you all on Saturday! 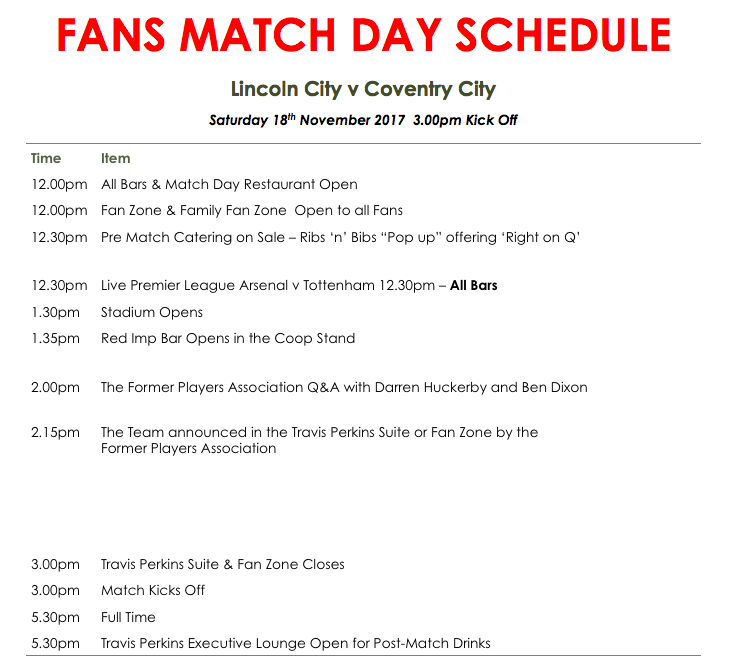 
Ahead of the Sky Bet League One fixture with AFC Wimbledon on Tuesday, we are able to provide supporters with a guide to plan your visit to the LNER Stadium.


The Imps will host Isthmian League Premier Division side Bowers & Pitsea in the first round of the 2021/22 Emirates FA Cup.


It was another memorable day at the LNER Stadium as Regan Poole's late header clinched victory over Charlton Athletic.


More than 9,000 people were at the LNER Stadium as the Imps registered a dramatic victory over Charlton Athletic.