Anthony Scully’s 10th goal of the season helped the Imps to an impressive battling victory at Burton Albion.

Scully’s strike proved decisive after Lewis Fiorini’s fourth goal in three games had given the visitors an early advantage.

A frenetic finish saw the Imps twice go close to extending their lead, although in the end it needed a fantastic flying save from Josh Griffiths in the sixth minute of time added on to preserve the lead after Conor Shaughnessy had pulled one back for the Brewers.

Both sides started brightly, with the Imps first threatening in just the third minute when they moved the ball quickly down the pitch from Griffiths’ throw out. Lasse Sorensen’s pass sent Dan Ndlundulu through - but Ben Garratt was out quickly to smother the ball at the big forward’s feet.

Hakeeb Adelakun was finding plenty of space down he right for the visitors and had three chances inside the opening minutes - sending one effort into the side-netting and seeing Garratt twice deny him.

City went ahead in the 10th minute with a goal that was all about Fiorini. The in-form midfielder won the ball back at the halfway line, then ran at the home defence and calmly fired the ball into the bottom left corner.

Daniel Jebbison should have drawn the home side level with their first attack after going behind, but pulled his shot wide at the near post.

The Imps pushed for a second goal as they continued their impressive start to the match, with Garratt out quickly again to save at Ndlundulu’s feet after a first-time cross from Sorensen.

Adelakun was close to scoring a first-time volley after a perfectly-time ball from Fiorini but his effort went over, while Ndlundulu fired just wide at the near post from Scully’s cross.

The home side were largely limited to efforts from distance, with Griffiths easily holding Michael Bostwick’s snapshot from the edge of the area and also getting down well to save with his legs from Shaughnessy’s header.

Griffiths was the first keeper called into action with an instinctive save from Jebbison’s close-range header, which proved crucial as the Imps then doubled their advantage.

Regan Poole’s low cross from the right took a deflection off Bostwick, and Scully’s run at the far post left him with a relatively routine finish.

The home side were looking for a way back into the game and Harry Chapman did well to create space just outside the area before curling an effort just wide.

Fiorini flashed an effort wide and it took a goalline intervention from John Brayford to deny Scully slotting home his second of the game after Ndlundulu found space down the right.

The Brewers inevitably enjoyed more of the ball in the closing stages of the game, with Bryan Morris blasting an effort wide.

They did force the ball home with five minutes of normal time to go, with Thomas Hamer’s close-range effort saved by Griffiths but poked one by Shaughnessy.

That set up a grandstand finish, but it was the visitors who created the best chances.

First Scully clipped an effort off the inside of the post after Cohen Bramall’s cross from the left, then moments later Remy Longdon was unable to adjust his feet quick enough to get a shot away after being played through by Fiorini.

The Imps did survive the late pressure, but had Griffiths to thank for a stunning flying save to tip away Chapman’s effort in the final minute of six added on. 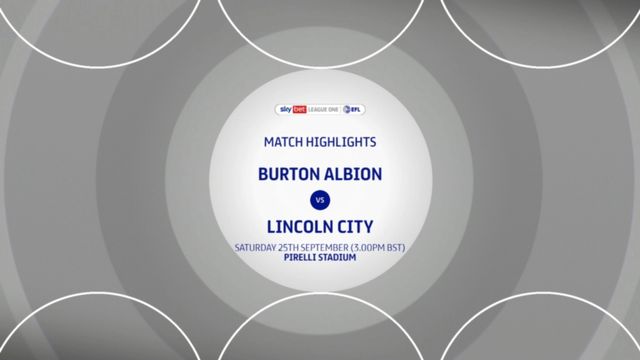