The Imps return to Sky Bet League One action this Saturday with a trip up North to the Wham Stadium as they take on Accrington Stanley.

Michael Appleton's side have recently picked up two consecutive cup victories at LNER Stadium with a 6-2 win over Forest Green Rovers in the Emirates FA Cup and a penalty shootout victory over Man City U21's in the Papa John's Trophy.

The Imps now return to Sky Bet League Two action with their last league fixture being played 18 days ago when they faced Portsmouth at LNER Stadium.

This weekend's game away at Accrington Stanley in Sky Bet League One is available to watch LIVE on WeAreImps iFollow.

Currently 10th in the Sky Bet League One table, Accrington have won six of their opening nine league games this season. John Coleman's side most recently picked up three points on Tuesday with a 3-0 win over Swindon Town.

Prior to that, Stanley beat Northampton and Fleetwood 1-0 with goals from Dion Charles and Jon Russell, respectively.

Their last league defeat came against Ipswich Town at Portman Road in October when the Tractor Boys came out 2-0 winners.

Accrington Stanley manager John Coleman spoke about the Imps prior to this weekend's meeting at the Wham Stadium.

The 58-year-old praised Michael Appleton's side saying: "Lincoln are a good side, they score plenty of goals and they are well-organised, they are strong in all departments, have no flaws and have good players all over the park."

Jon Russell signed on loan at the Wham Stadium in October from Chelsea, a side he has been at since under-7 level. He made his Accrington debut against AFC Wimbledon in a 2-1 away win.

The box-to-box midfielder has found the back of the net twice since arriving at Stanley, most recently scoring against Northampton in a 1-0 win. Russell's earlier goal came against Rochdale in a 2-1 victory, when he scored the winner in the 66th minute.

Prior to joining Accrington, the 20-year-old featured twice for Chelsea U21 this season, scoring once in a Papa John's Trophy game against Oxford United.

The Imps picked up another point after a battling and hardworking performance at Accrington Stanley this afternoon.

Neither sides could make their mark on the scoresheet but it was a game full of effort and endeavour from both of the teams, City were banging on the door right to the end of the highly competitive game but couldn’t quite squeeze home the winner.

The game started at a breakneck pace with action at both ends within the opening couple of minutes, Alex Palmer was twice called upon to make saves in a matter of seconds, Matt Butcher was the first to be denied before the City stopper also blocked Joe Pritchard’s effort. The Imps were then twice denied by the home defence as Jorge Grant pounced on a loose backpass and pulled back to Conor McGrandles who had his effort blocked on the line by Mark Hughes before McGrandles got onto the rebound but his second effort was also blocked on its way towards goal.
It was a very open encounter in the opening ten minutes or so and it didn’t show any signs of slowing down on a very slick pitch at the Wham Stadium. Grant was showing his full repertoire of skills, displaying a range of passing to go with his quick feet which were at times bamboozling the home defence. But it has to be said as much as City were looking very positive, the home defence were showing a real resolve at the back to fend off the visitors.  Harry Anderson did very well to create space down the right after TJ Eyoma slid the ball down into the right channel, the cross from Anderson took a slight deflection and looped into the air and found the head of McGrandles but Toby Savin was in the right place to save.

Pritchard was the closest to opening the scoring for the home side after they won the ball back in midfield courtesy of a strong challenge from Jon Russell, the Stanley number 10 racing forward but his effort from the left whistled over the top. The Imps had their turn to show their rearguard strength as Stanley’s Dion Charles was showing a turn of pace down the Stanley right, but such was the work ethic of City the home side found Tom Hopper back in the way heading two balls into the box, the first from a corner, away from danger.  Pritchard continued to be the dangerman for the home side and he highlighted that threat with a confident effort from distance which had Palmer diving full stretch to his right but thankfully the ball went wide of target.  Colby Bishop forced Palmer into a save at his near post as John Coleman’s side had a purple patch of possession ahead of the half time whistle.

Stanley started the second half with a real intensity, closing the ball down quickly and looking to catch City unaware putting the ball into the box on numerous occasions but the more direct approach from the hosts wasn’t to faze The Imps.

Brennan Johnson showed his pace down the right, and knocked the ball ahead of himself getting into the box shadowed by Cameron Burgess who did well to match the run of the City substitute but Johnson went down under the challenge but the officials saw no foul on the Imps’ substitute. Lewis Montsma strode out of defence to start City’s next attack, playing the ball into the feet of Johnson on the right whose cross/shot was deflected over the top.

Around the hour mark the pace of the game picked back up to earlier levels with the ball going end to end quickly and City had Palmer to thank as he did well to deny a stinging near post effort from Charles. Moments later, McGrandles read the movement of the ball terrifically in midfield to snatch possession inside the City half, Bridcutt took over and fed Johnson who danced into the area and hit a near post cross but Hopper was beaten to the ball and it was cleared. 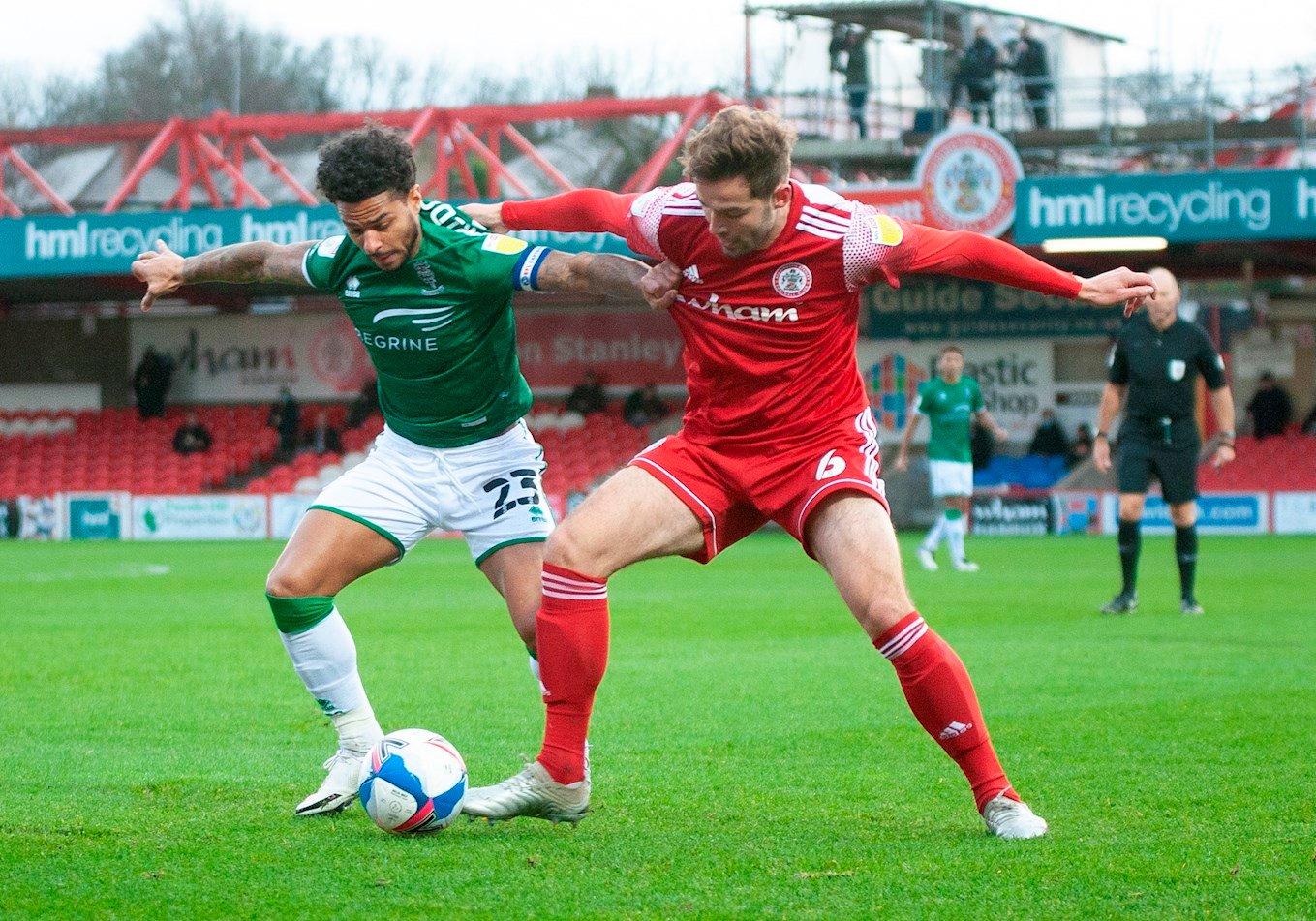 Stanley were to be reduced to ten men as sub Sean McConville was dismissed for a high footed challenge on Montsma. Within moments of that incident The Imps went close as Johnson was the curator of another half chance, Grant fed the ball round the back of Burgess for Johnson and he pulled the ball back towards Hopper but Michael Nottingham was in the right place to clear the cross.

Anthony Scully struck the post after cutting inside then Grant fired the rebound across the face of goal before Bridcutt smashed a dipping effort just over the top as Michael Appleton’s men were pushing to make the most of their numerical advantage with ten minutes remaining. The Imps were pressing hard for the winner, Robbie Gotts fired in a dangerous low centre which Adam Jackson looked to turn into the corner but it was deflected inches wide of goal then Bridcutt flashed a shot just wide from the resulting corner.

City went close again as James Jones’ flick header from Grant’s free kick on the left was kept out by a combination of the upright and the flailing arm of Savin in the Stanley goal and it proved to be the final goalmouth action as both sides left with a point apiece. 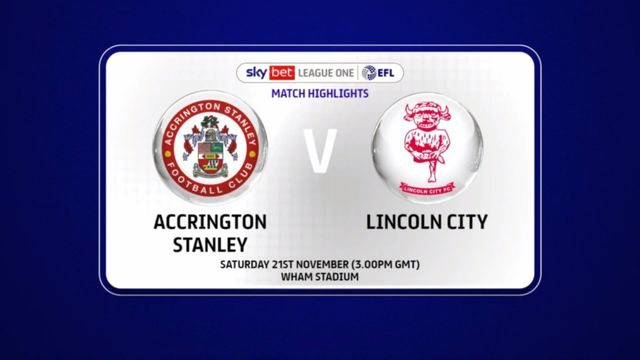 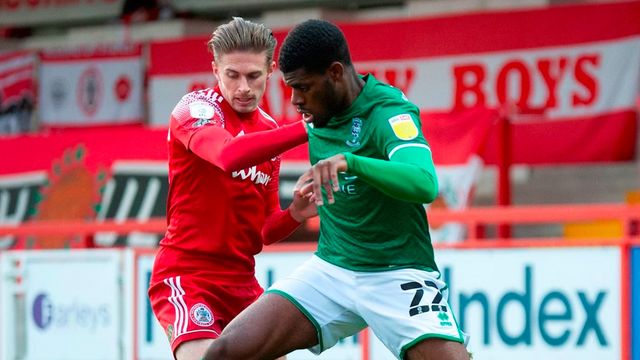