Lincoln City were defeated this evening as Fleetwood Town picked up a 2-1 win at LNER Stadium. The returning Callum Morton halved the deficit but goals from Gerard Garner and Callum Camps were enough to secure the three points for the visitors.

Michael Appleton named one change to the side that faced Plymouth on Saturday with James Jones replacing the injured Jorge Grant. City also welcomed back on loan centre forward Callum Morton as he returned from injury for a space on the bench.

It was a cagey start from both sides at LNER Stadium with the Imps and Fleetwood looking to break forward quickly through the midfield. 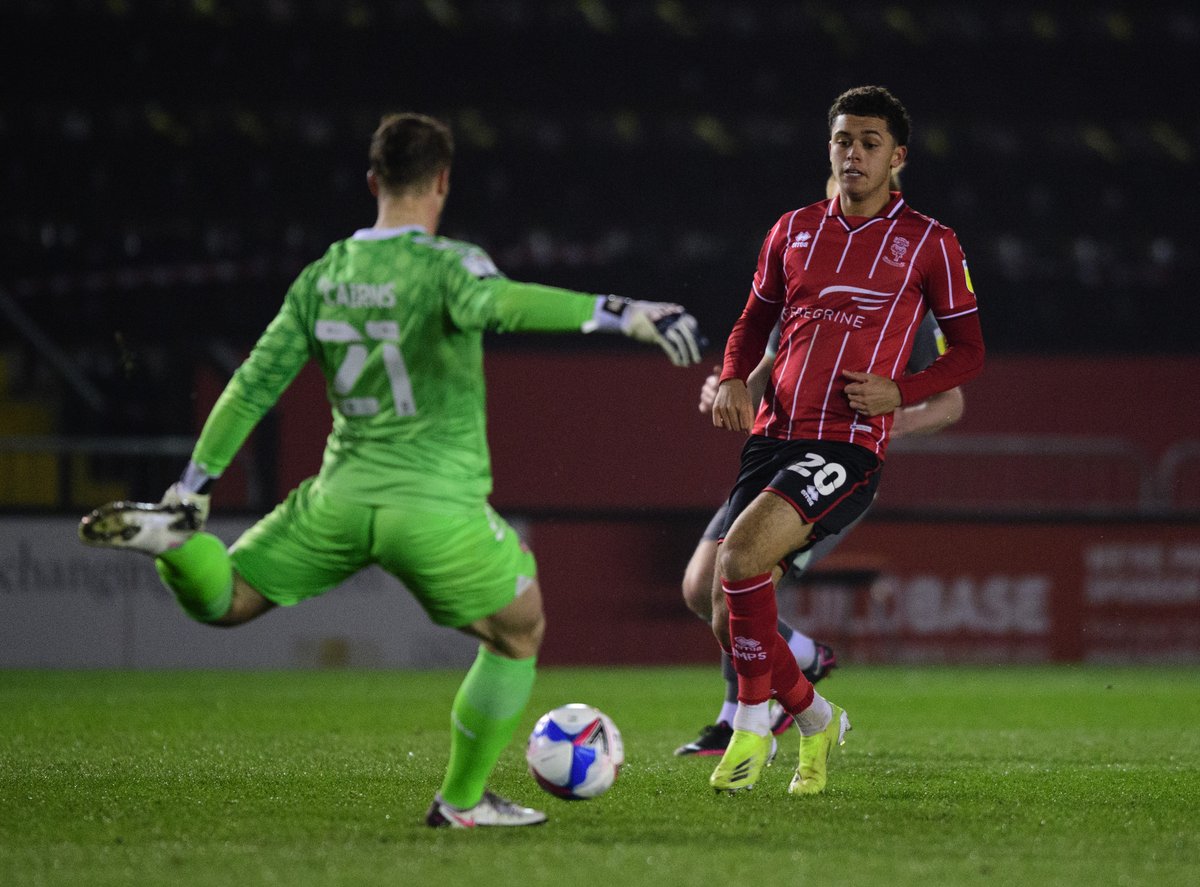 Wes Burns showed great pace and skill on the right wing as he skipped past a challenge before firing a dangerous looking ball into the City penalty area, but Adam Jackson was on hand to make a superb interception to clear the danger.

The first real chance of the game arrived in the 11th minute and Lincoln City were so close to taking a 1-0 lead. Anthony Scully won a free kick on the by-line and the resulting free kick was whipped in with pace by James Jones, but Regan Poole’s header from six yards flew over the crossbar.

The second chance arrived for the Imps five minutes later as Morgan Rogers beat two players before passing to Brennan Johnson who drove at the Fleetwood defence, but unfortunately for the Imps, the ball deflected wide off a City player.

Burns continued to threaten on the right-hand side for the visitors as Fleetwood tried to get him on the ball as much as possible in the opening periods. 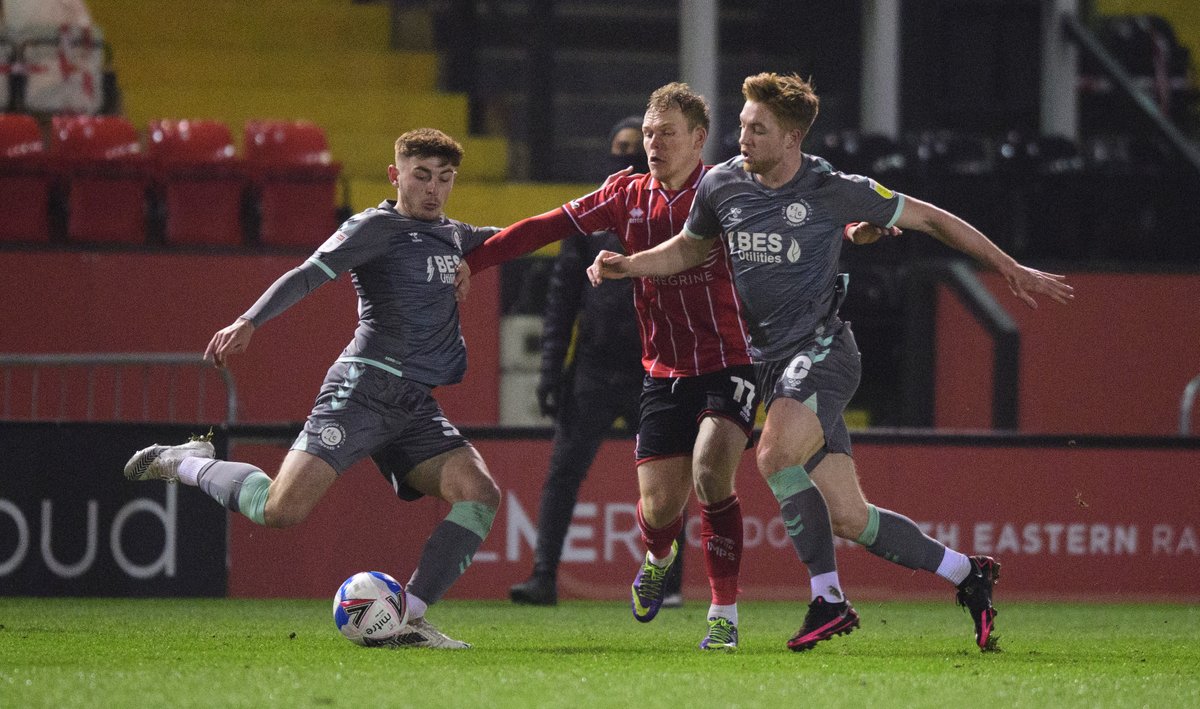 Alex Palmer was called into action for the first time as Dan Batty hit a snapshot from 18 yards but the Imp’s number one palmed the ball into the air before taking the catch.

The men in red and white stripes almost scored in the 23rd minute as great hold up play from Brennan Johnson allowed Tom Hopper to pick out Anthony Scully, who cut in on his left foot but his shot whistled over the bar.

It was the visitors who threatened next as Wes Burns struck a shot at goal but Alex Palmer was equal to it as he deflected it behind for a corner.

City created half chances through Johnson and Jones, but Fleetwood Town came closest to netting as Kyle Vassell controlled the ball well with his back to goal, but Alex Palmer got down well to his left to parry the ball behind for a corner which the hosts cleared.

Fleetwood Town took the lead in the match in the 43rd minute as a cross into the box dropped kindly to Gerard Garner who hit a sweet left footed volley into the bottom corner.

The first chance of the second half arrived for City as Tayo Edun’s cross hit Anthony Scully and bounced goal wards, but Alex Cairns was on hand to make a simple stop.

The visitors made it 2-0 in the 53rd minute of the match as Callum Camps was played in on goal, and he made no mistake from close range as he found the top corner.

City looked to respond to the set back by producing a number of attacking plays, but Fleetwood were defending well here at LNER Stadium. 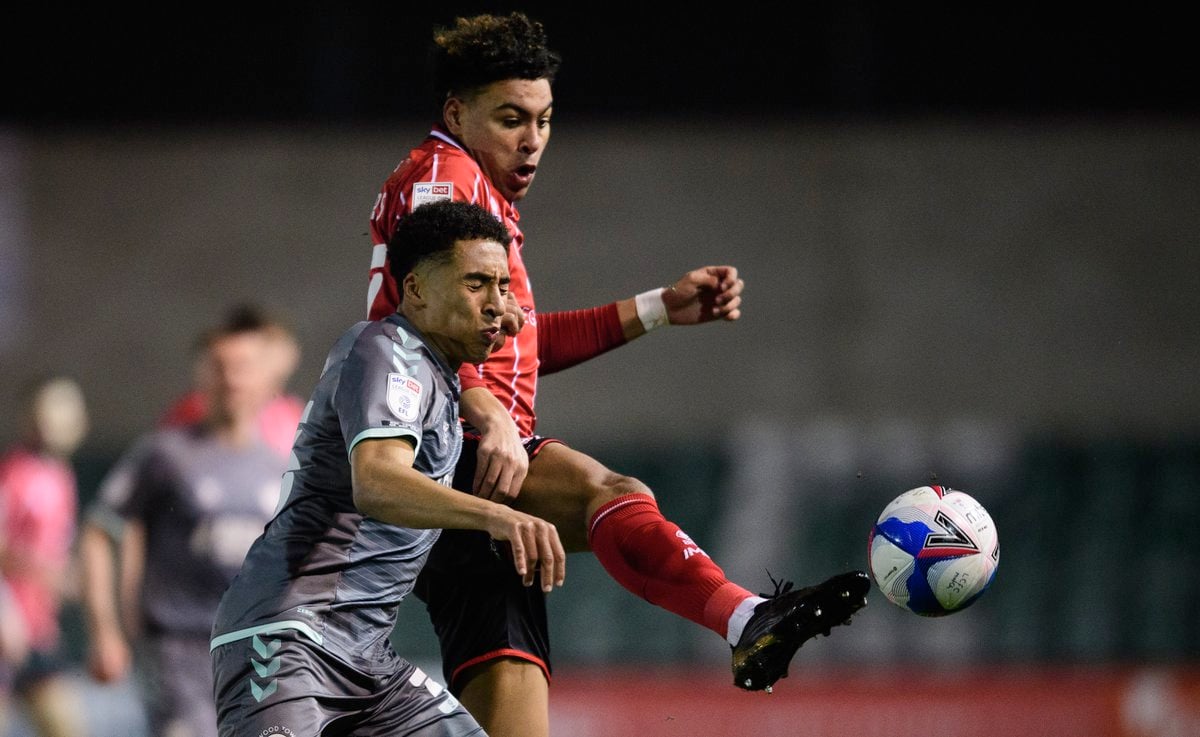 The visitors had their tails up as they continued to create chances but City were close to getting a goal back on the hour mark, but Regan Poole’s cross was saved on the line by Alex Cairns.

Callum Morton, Cohen Bramall and TJ Eyoma were introduced in the 63rd minute as Appleton’s men searched for a way back in this match.

The goal back for the Imps arrived in the 71st minute and it was that man Callum Morton who netted. Alex Palmer picked out a fantastic pass over the top to Morton who showed excellent composure to round the keeper, before slotting the ball into the bottom corner. 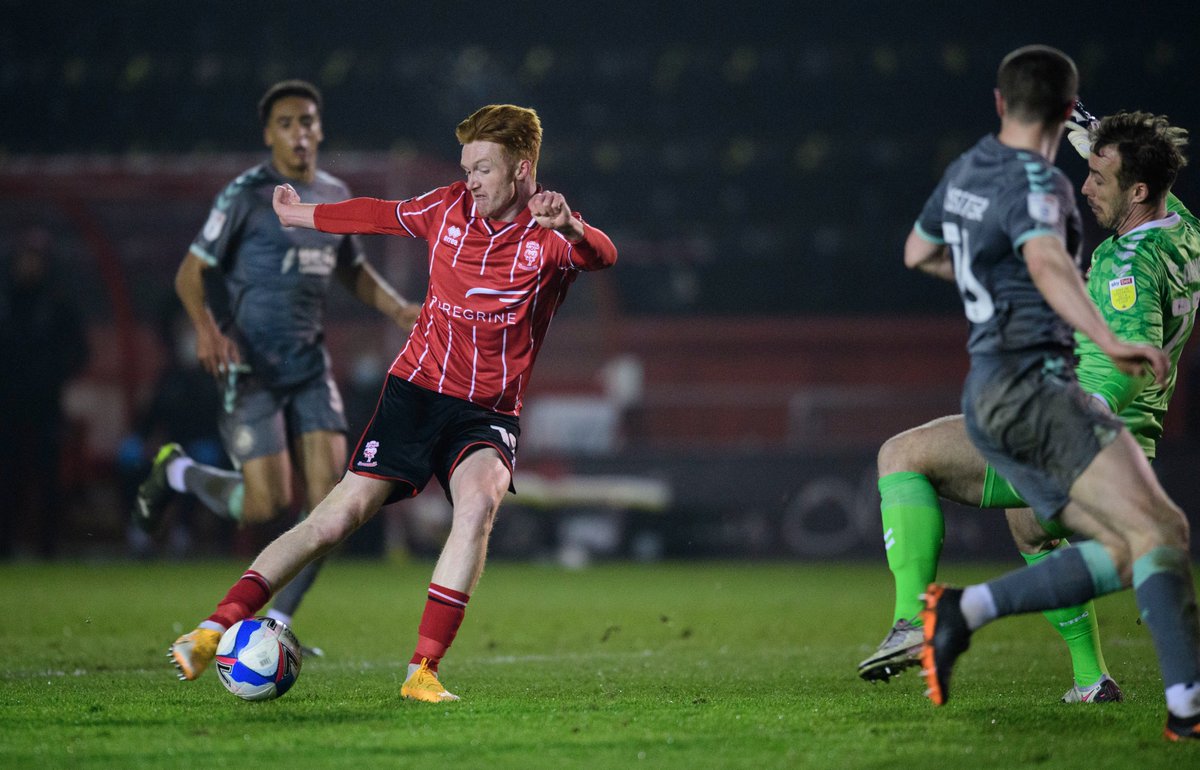 The home side continued to knock on the door with numerous set pieces and corners, but Fleetwood defended sternly and managed to hold on for the three points. 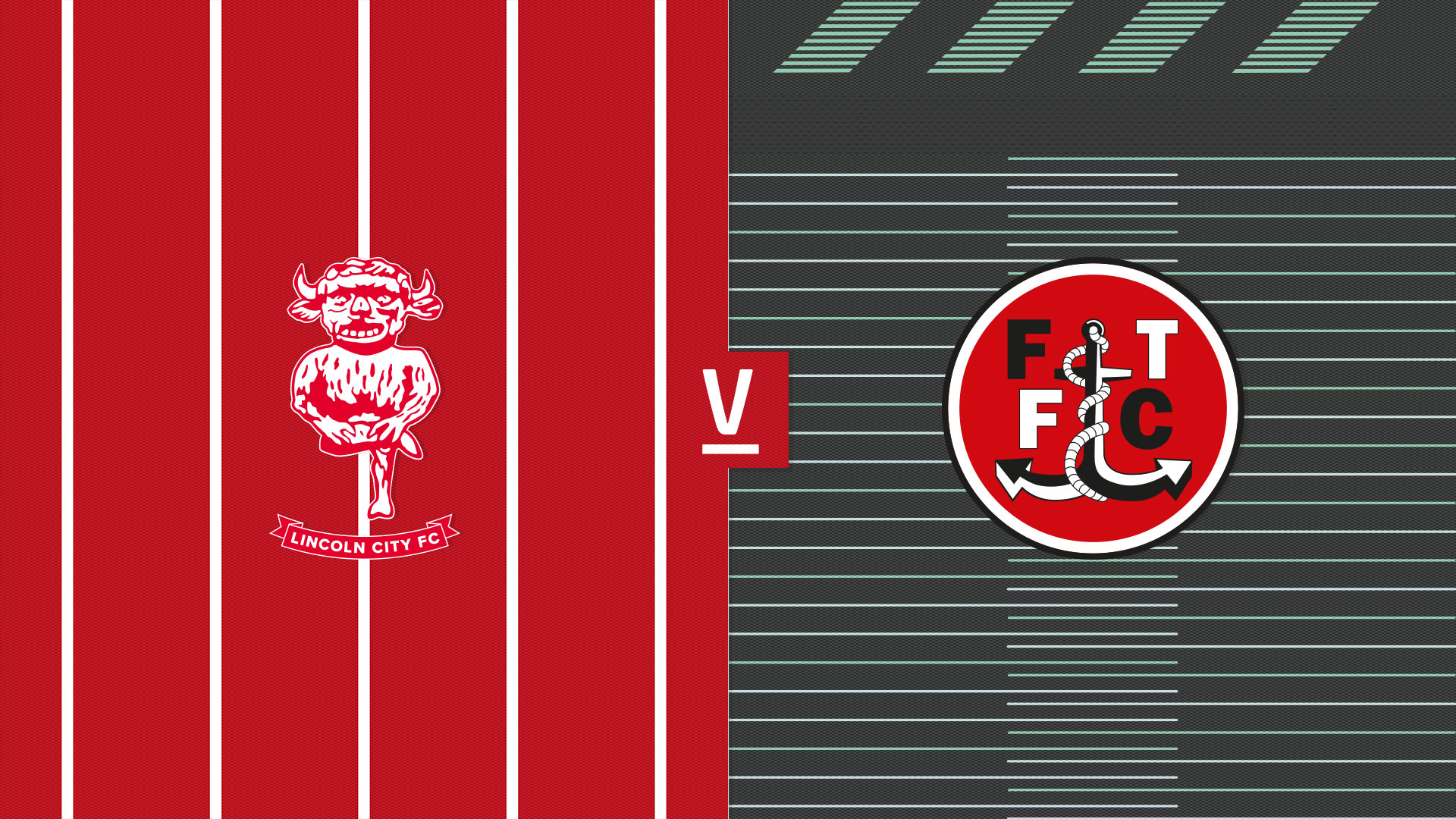 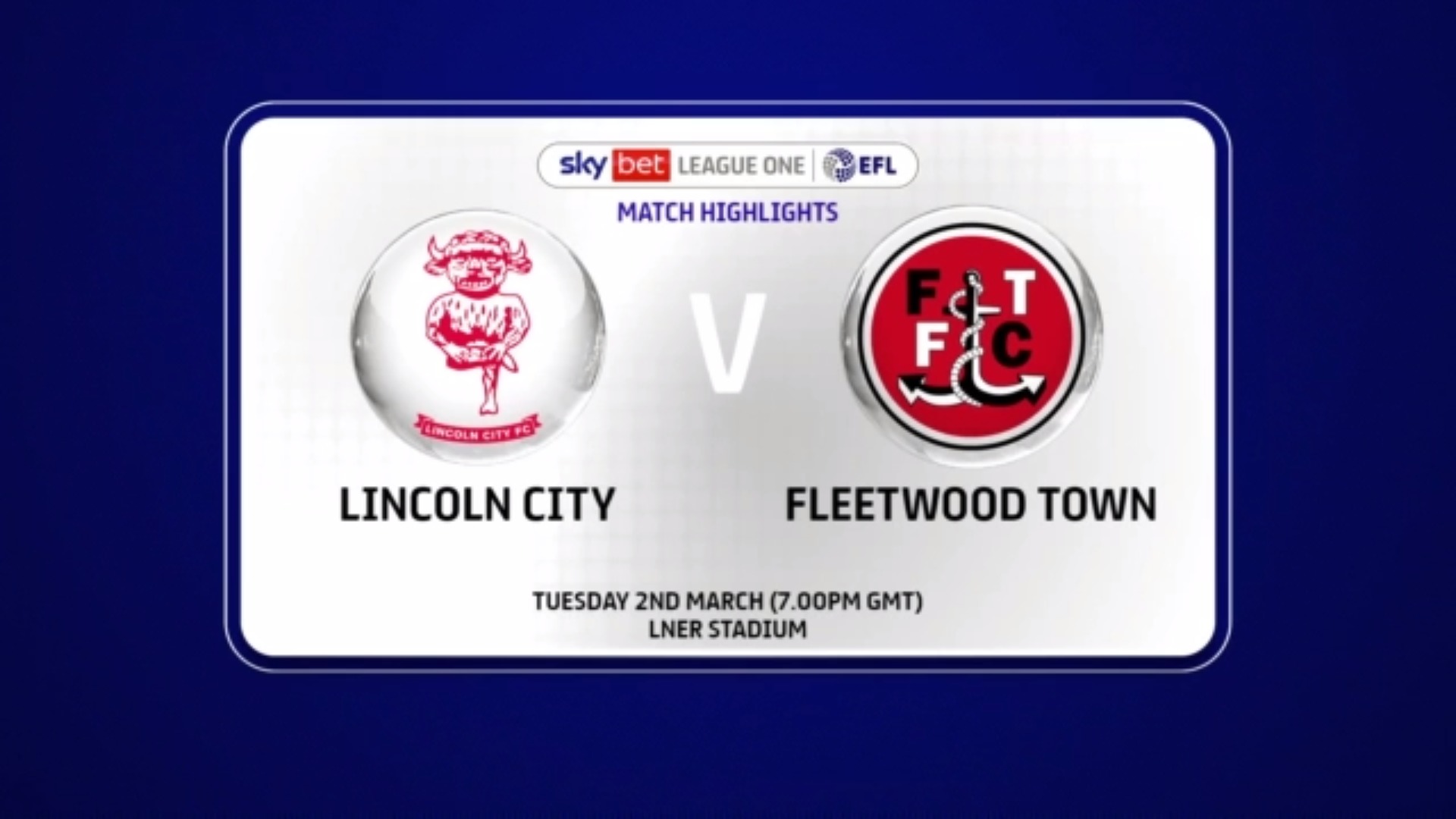 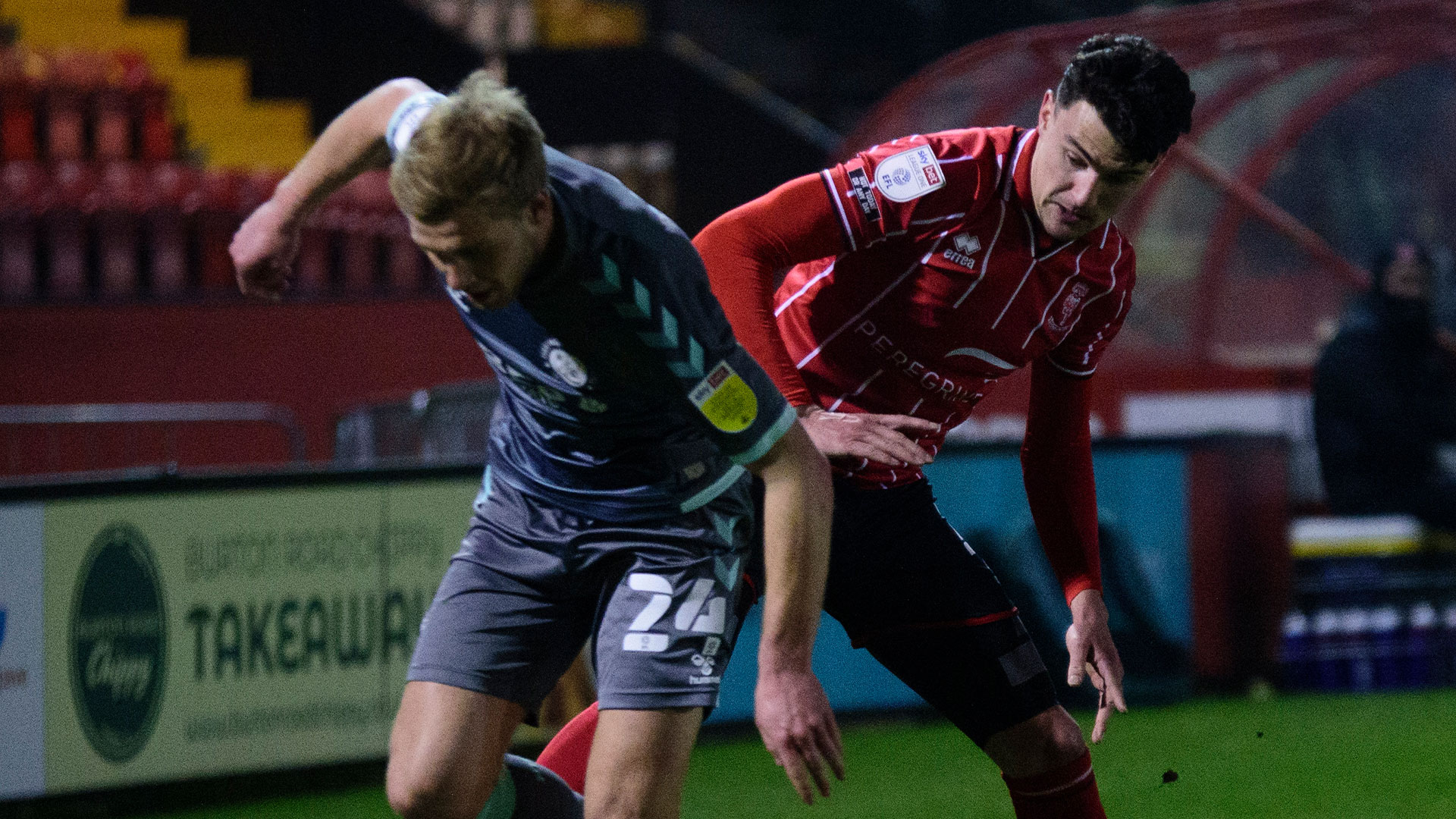