The Imps picked up another excellent three points on a cold afternoon at the Crown Oil Arena as they defeated Rochdale AFC 2-0. City fully deserved the win with goals coming from James Jones and Lewis Montsma as the away side secured their ninth league clean sheet of the season.

City started the game confidently with good spells of possession as they lined up in a familiar 4-3-3 formation.

The first opportunity of the game fell to City in the 9th minute when Jorge Grant played a fantastic through ball to Harry Anderson who dug out a cross but unfortunately for the Imps, the cross evaded everybody, and the home side cleared.

Dale countered an Imps attack a few minutes later but Lewis Montsma was on hand to make a crucial interception which prevented Stephen Humphrys from advancing on goal.

Tayo Edun was then penalised (and booked) for handball after trying to block a cross near the corner flag. Rochdale took the free kick quickly and laid it off to Aaron Morley on the edge of the box, but he saw his effort well blocked by Conor McGrandles.

TJ Eyoma then chased down a lost cause and did brilliantly well to win possession from Haydon Roberts in the 34th minute. His pass across goal just evaded Tom Hopper who was advancing forward, and the attack broke down.

Rochdale’s best chance of the half fell to Haydon Roberts shortly afterwards when he picked up the ball 30 yards from goal following a corner for the home side, but his left footed strike fell wide of the post.

City created another good opportunity in the 34th minute following some excellent one touch passing, which lead to Tom Hopper creating space and running at the Dale defence. He found himself a yard at the edge of the box and pulled the trigger, but his goal-bound effort was deflected behind for a corner which the hosts cleared.

The breakthrough for City arrived in the 38th minute and what a move it was! An unbelievable team goal was finished expertly by James Jones. Jorge Grant played a crisp through ball in behind the Dale defence to Tayo Edun, who put in an excellent cross which was dummied by Conor McGrandles, the ball then fell to James Jones on the edge of the box, who curled in a fabulous left footed strike into the top corner leaving keeper Jay Lynch with no chance.

The Imps almost added a second on the stroke of half time as Harry Anderson whipped in a dangerous cross but James Jones was inches away from flicking it in and the Imps went in 1-0 up at half time. The Imps started the second half well and looked very comfortable in possession as they used the width of the pitch to cause the home side problems. Good work from TJ Eyoma and Harry Anderson led to a half chance for Tom Hopper but the home keeper smothered before the final touch could be made.

Brennan Johnson looked lively in the early stages of the second period as he saw a right footed effort well saved following a neat one-two with Tom Hopper.

Intricate play from Hopper and Edun lead to James Jones twisting and turning on the edge of the box but his left footed effort went over the bar.

Alex Palmer was called into action for the first time in the 65th minute as Humphrys hit a powerful shot from a tight angle but the Imps’ number one was on hand to make an excellent stop.

The Imps made it 2-0 in the 69th minute following a fantastic strike from centre half Lewis Montsma. The Dutchman scored his eighth goal of the season as he picked the ball up 35 yards from goal and struck the ball sweetly to fire the Imps further ahead. Brennan Johnson almost made it 3-0 instantly as he turned his man inside and out before firing a left footed effort at the near post which was well saved by Lynch.

The Imps were firmly on the front foot following the second goal and came close again through Jorge Grant before Joe Walsh had an excellent header saved by the Dale goalkeeper.

Rochdale had a rare attack in the 84th minute as Baah found himself in space down the left. He cut inside but dragged his shot wide of Alex Palmer’s goal.

The Imps managed the game out extremely well and created more opportunities to increase their lead as Max Melbourne saw a controlled volley saved but the Imps held on to their 2-0 lead comfortably and picked up another vital three points on the road. 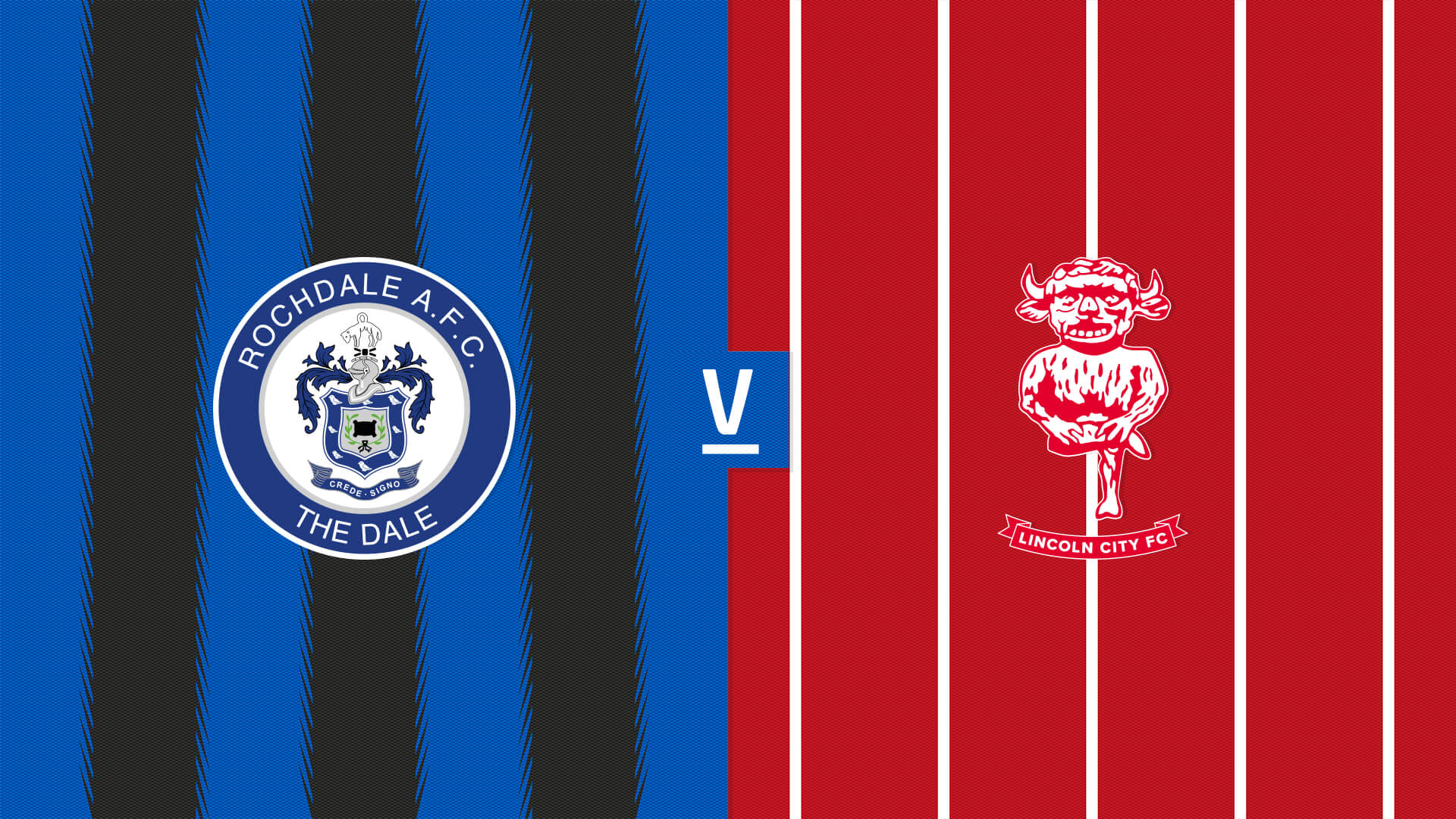 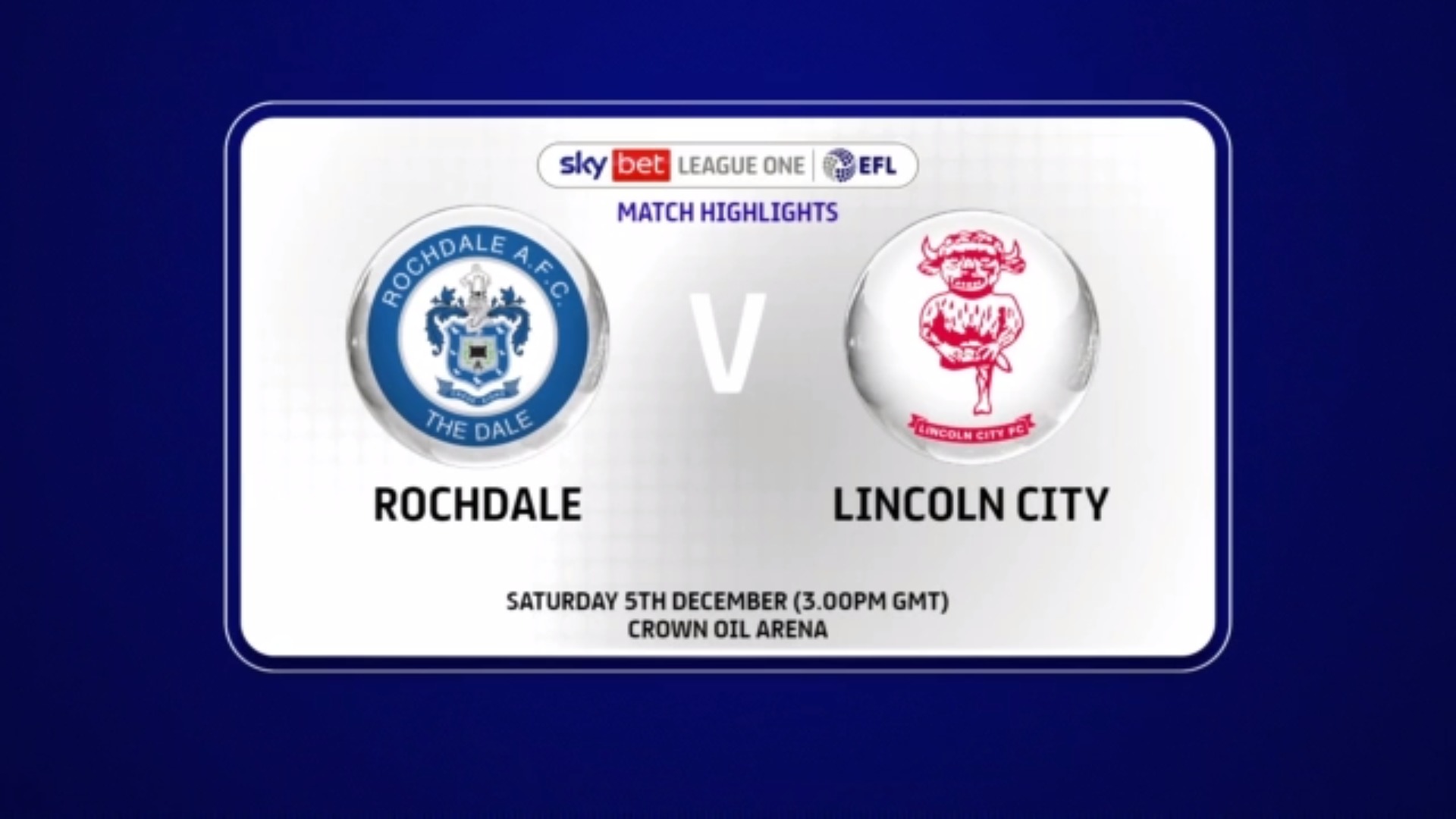 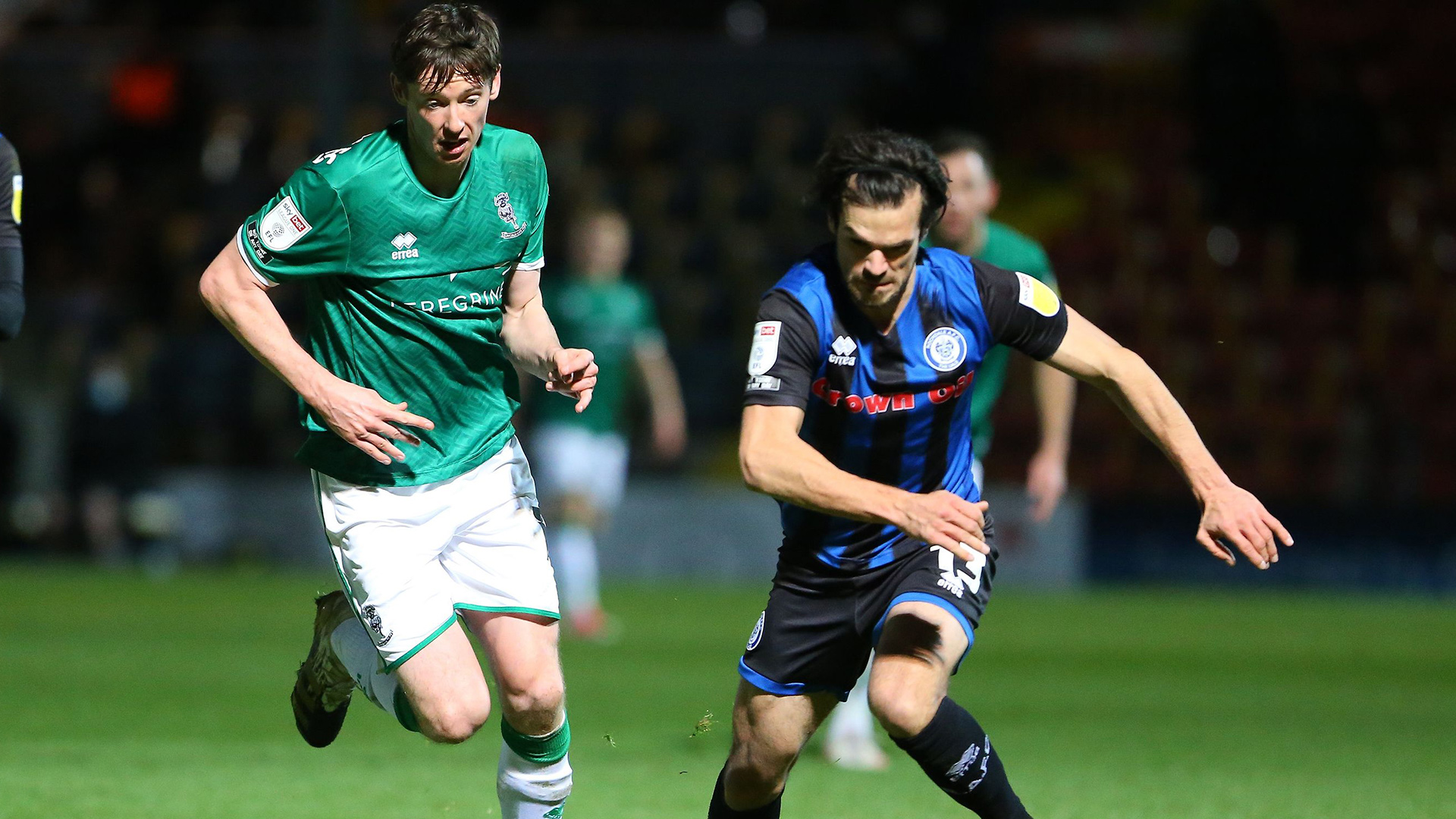