Our Sky Bet League One fixture against Burton Albion will now kick-off earlier than initially scheduled.

Lincoln City strengthened their position in the play off places with another hard earned 1-0 victory away at Burton Albion. TJ Eyoma's first half header was enough to separate these two sides as the Imps left with all three points.

Michael Appleton made one change to the weekend's victory, with James Jones replacing the injured Cohen Bramall which meant Tayo Edun reverted to left back. City also welcomed Jorge Grant back into the match day squad following a couple of months out through injury.

The home side started the match quickly and the long throw was a clear weapon used by the Brewers in the opening five minutes. Thomas Hamer's throws into the penalty area were aimed towards former Imp Michael Bostwick, but City weathered the early storm and defended well.

The Imps responded with their first attack as Brennan Johnson won posession on the half way line, before bursting through the Burton defence, but his left footed shot was blocked behind.

City produced an excellent passing move in the 15th minute as Morgan Rogers played in Anthony Scully down the right wing, before he pulled the back to Conor McGrandles on the edge of the box, but his effort was deflected behind again as they searched for the opener. The front three of Lincoln City were linking up well as City's attractive passing style of play was opening up the home side's defence at times this evening.

City's early dominance in this match led to the opening goal in the 27th minute and it fell to an unlikely scorer. A short corner routine gave Tayo Edun a crossing opportunity, and his pinpoint cross was met at the back post by TJ Eyoma, who powered a diving header into the net to notch his first goal for the club. The good play continued for the Imps as they created another chance just after the half hour mark. A ball into the Burton box was controlled well by Brennan Johnson, who took a snap shot at goal with his left foot, but the ball was blocked and the Brewers cleared.

Michael Bostwick then produced a stunning block just before the half time whistile as Brennan Johnson found James Jones in the box, but the midfield man's right footed drive was somehow blocked by the big centre half. The Brewers started the opening period of the second half strong as they won a succession of corners. Regan Poole ensured he got to the ball before any attacker to clear the danger on both occasions.

City's right back was in action again at the other end as the ball dropped nicely for him 25 yards out. The Welshman hit a rasping drive towards goal, but Ben Garratt was able to palm the ball down in front of him to make the stop.

Burton Albion's best chance of the game arrived in the 55th minute as Lucas Akins cut on in his right foot following a neat passing move, but his effort was a yard wide of the post.

The Imps in their green kit then had a succession of opportunities to double their lead at the Pirelli Stadium. TJ Eyoma played a fantastic through ball to Tayo Edun who pulled the ball back to the penalty spot, but Brennan Johnson and James Jones both had shots on goal blocked by the Burton centre halves. The next chance arrived for Callum Morton who showed terrific strength to hold off Michael Bostwick before laying the ball off to Anthony Scully. Scully's return pass to Morton was precise, but the man on loan from WBA saw another shot blocked. Despite Burton throwing numbers forward in the second half, City were still creating the better chances as Morgan Rogers came closest next. A positive burst forward from the Manchester City loanee ended with a powerful shot which flew just wide of Garratt's right post.

Lincoln City were boosted by the return of Jorge Grant who came off the bench for his first appearance since February following an ankle injury and he showed glimpses of class as City looked to see out the win. The home team started to rally and pile the pressure on in the last 15 minutes of the match but City were clearing every ball that came into their box and held on for another massive three points.


Our Sky Bet League One fixture against Burton Albion will now kick-off earlier than initially scheduled. 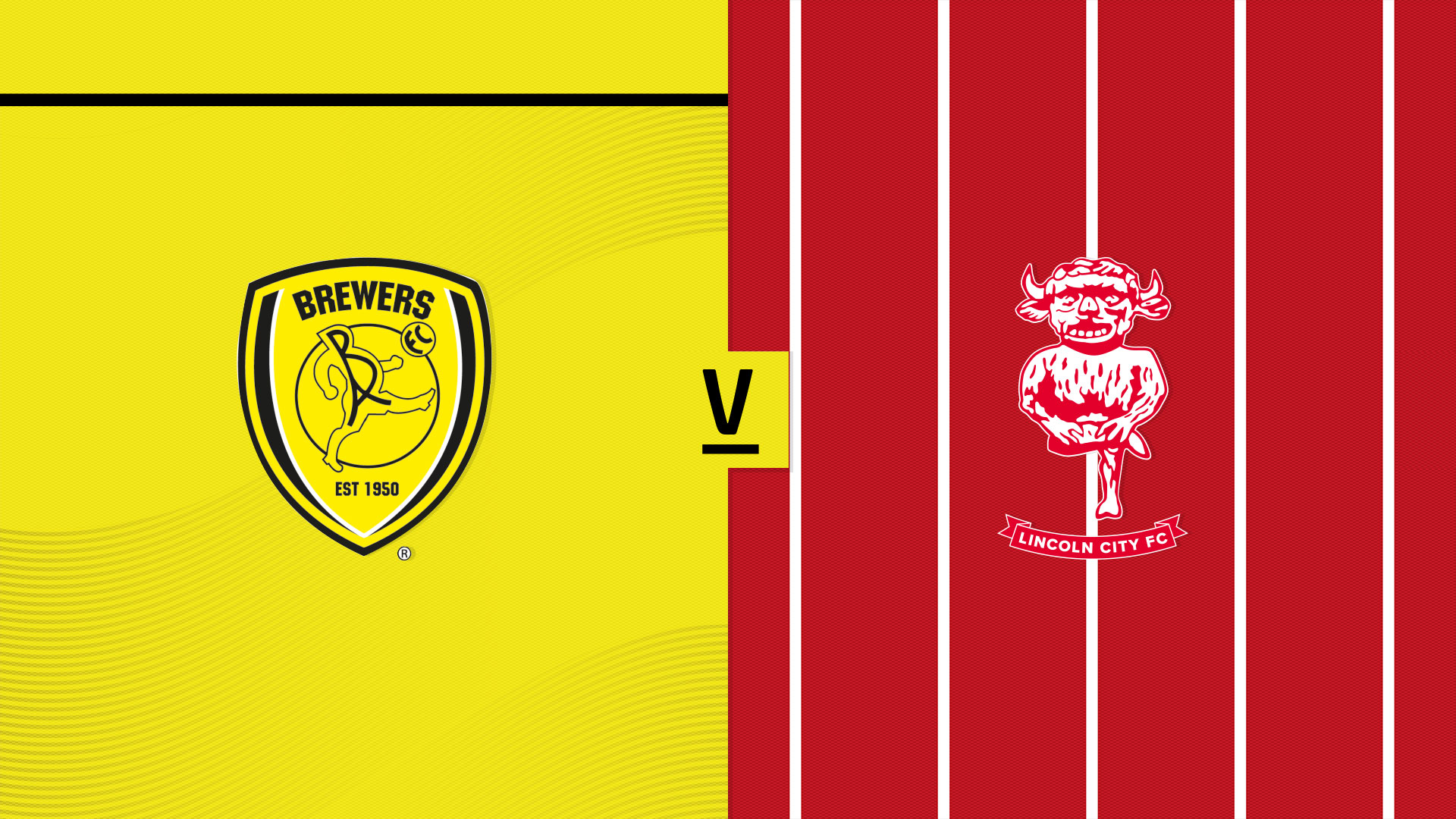 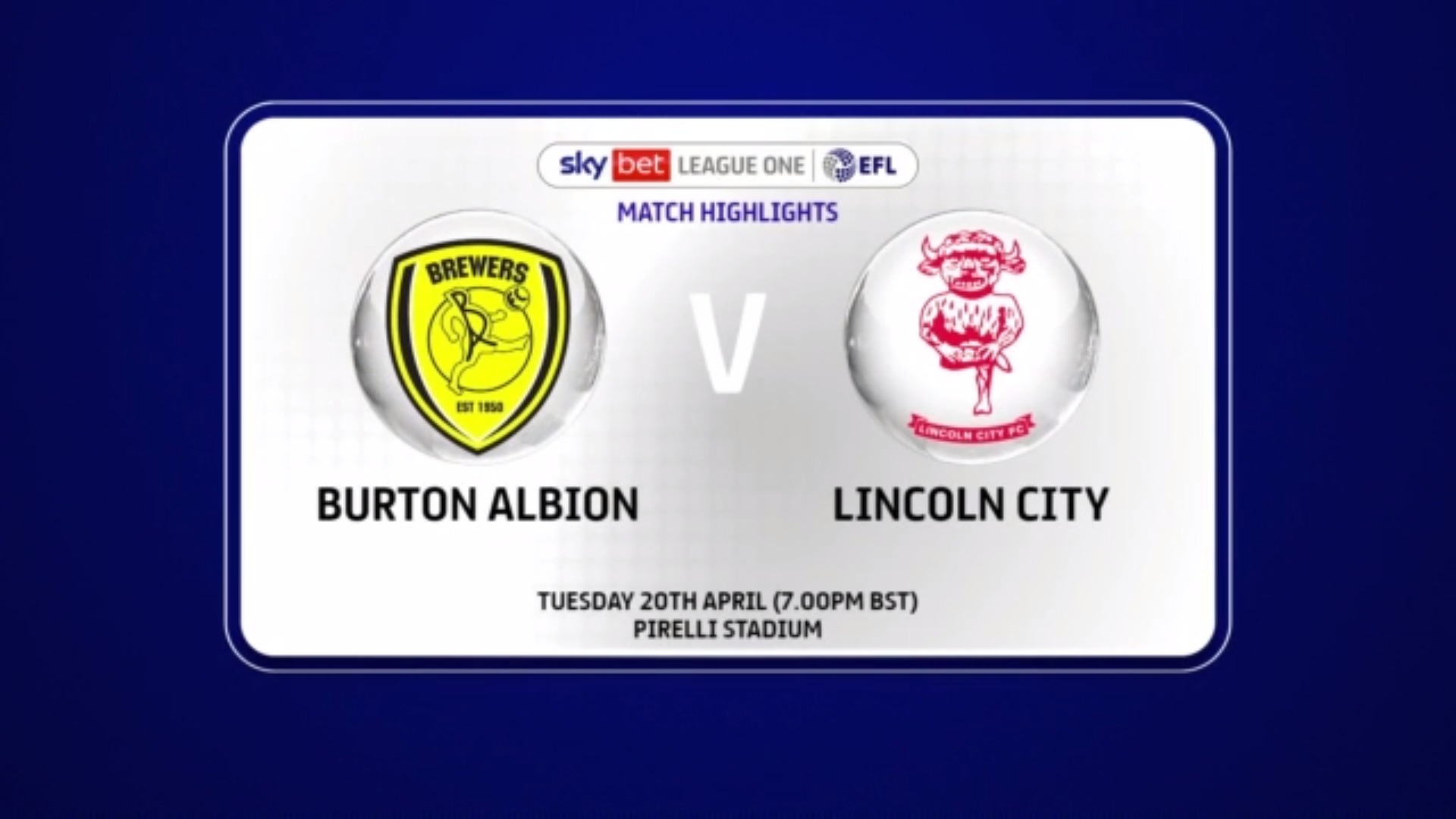 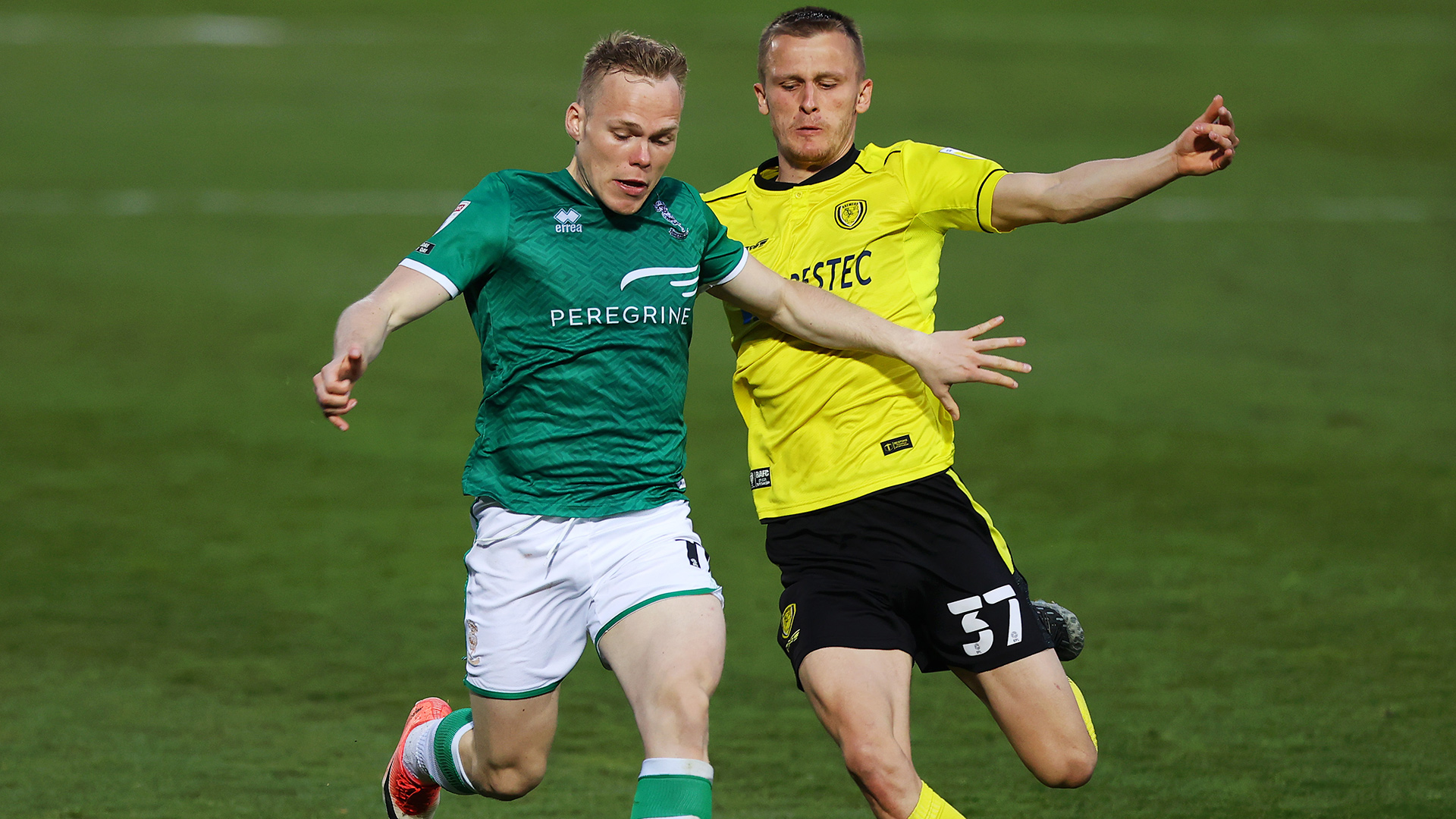