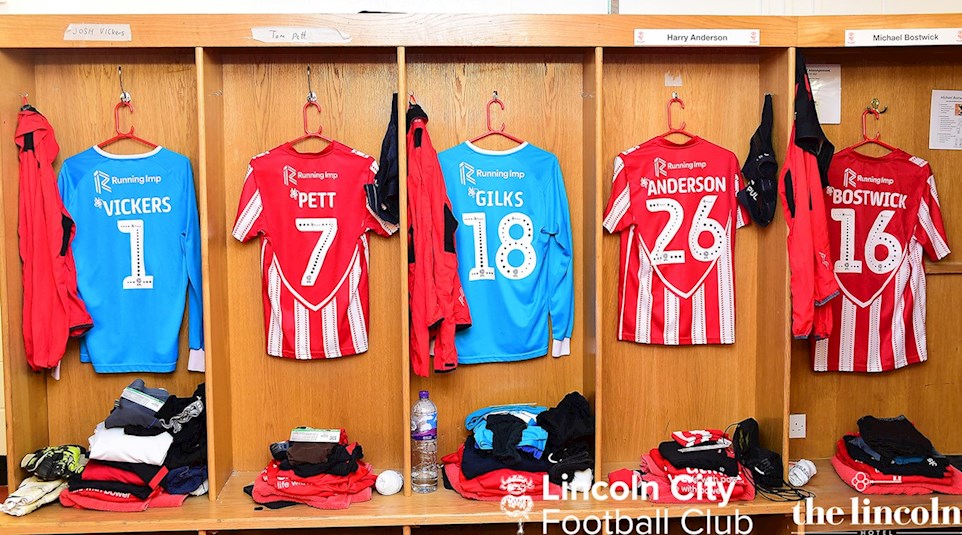 
The Imps remain unchanged from the side which defeated Forest Green Rovers at The New Lawn last weekend.

Danny Cowley's men took three points from The Glovers for the second time this season courtesy of a first goal in Imps' colours from Mark O'Hara midway through the second half.  The win crucially takes City ten points clear of fourth place ahead of the weekend's other games in the division.

As the game got underway it was a rather open encounter with Alex Pattison smashing the ball wide of goal for the Glovers and Harry Anderson floating a cross into the danger area for City that deceived everyone in the box and it almost sneaked in at the far post all within the opening 180 seconds.

It was quick combination play that almost opened up the Yeovil defence, Matt Rhead just overhitting his reverse pass towards Anderson haring down the right flank, then Michael O’Connor tried a low, skidding effort which was just deflected wide by the legs of Tom James.  O’Connor was almost the catalyst for the opener within seconds of his own effort, his dangerous corner found the head of Mark O’Hara who was bursting in at the back post, his header was blocked as it headed goalwards.

Midfield areas were congested with little space afforded to both sides making it difficult for any momentum to be built, so it meant guile and skill were needed to unlock the door and Bruno Andrade set Harry Toffolo away on the overlap threading the needle between the green and white hooped shirts, the cross was blocked for a City corner which Rhead hit the target but it proved a comfortable grasp for Nathan Baxter in the visitor’s goal.

Yeovil supporters were off their feet thinking they’d nabbed the lead when a dangerous ball into the box from Alefe Santos was met by Michael Bostwick, beating Courtney Duffus to the ball as he looked to sweep home at the back post.

City were to go even closer following a Yeovil corner, making a very quick break Anderson raced after the ball and when Rhys Browne and Alex Pattison clattered into one another it left Anderson to run unopposed all the way to the edge of the Glover’s area, he looked up with Baxter coming off his line, sidefooting on target but the Yeovil custodian guessed right to make a save.

There was little between the sides with chances not coming easily, The Imps worked a clever free kick which was played expertly to the back post, Andrade then squaring to Rhead but the ball didn’t drop enough for Rhead to wrap his foot around it and his effort squirted over the bar.

Yeovil looked dangerous on the break with the pace of Santos down their right, but it was a set piece from the left which caused concern, James cracking in a teasing, bouncing ball into the heart of the area that wasn’t turned home. The game continued to be disjointed, but City immediately responded, Anderson setting Neal Eardley to play in a wicked curling cross, John Akinde was there at the back post but the City top scorer couldn’t force the ball home.

The Imps were to lost Jason Shackell just before the break with Cian Bolger replacing the experienced defender, the enforced change didn’t disrupt the City side as they pushed for the advantage before the whistle, but the backline of the Glovers was just as adept in keeping out the marauding Akinde, Rhead, Anderson and Andrade and the teams went in level at the break.

City forced Baxter into an early save, just 60 seconds were on the clock when Rhead hit a low shot into the turf that bounced into the midriff of the Chelsea loanee who gladly snaffled up possession. Yeovil then tried a cheeky free kick from a tight angle, James smashing his drive over the two-man wall but it continued to rise and flew into the Stacey West stand not troubling Matt Gilks. Almost 9,000 City supporters were in the stadium, bouncing and keeping themselves warm on what was a cold evening at Sincil Bank and they were close to being rewarded when Anderson tested the reflexes of Baxter with a low drive that he deflected out for a corner, then he caught a looping header from Bolger which was close to sneaking in at the back post.

The Imps were turning up the heat, peppering the crosses into the box but Yeovil were defending well, Omar Sowumni made a crucial touch back to Baxter with Akinde breathing down his neck. The Glover’s number six was to intervene again as Akinde was close to latching onto a through ball, but City had a corner. O’Connor’s ball in was met by a thumping Rhead header it wasn’t to trouble Baxter as it flew over the top.

Conditions got trickier as the game headed towards the final twenty minutes but The Imps were making light work of it, Toffolo skidding in a low cross that Sowumni did well to clear at the near post but he could do nothing about the next ball into the box. Anderson jinked one way and the other, he looked for support but then went alone, dinked the ball into the box and there was MARK O’HARA, ghosting in to leap majestically and nod home.

The Imps were now in the mood, pressing with a new intensity forcing errors from the visitors who looked momentarily shell shocked. City were controlling possession and having the advantage territorially searching for the goal to kill off the dogged and determined Glovers and they were close to it after a fantastic passage of passing on the right between Tom Pett, Anderson and Eardley, the latter clipping in a teasing cross which was just ahead of Akinde, then the striker did get onto the next ball in, a deep one from Anderson which left the City top scorer with a tough job from a tight angle and his header hit the side netting.

The Imps continued to hammer away, looking for the killer blow and Baxter was to keep the visitors in the game, a corner clipped in from the right was nodded down to Andrade who swivelled and shot, only to find the Yeovil ‘keeper haring from his line to deny the City number eleven. It was to be the last sight of goal but it didn't matter as The Imps were to see the game out and take all three points.


The Imps remain unchanged from the side which defeated Forest Green Rovers at The New Lawn last weekend.