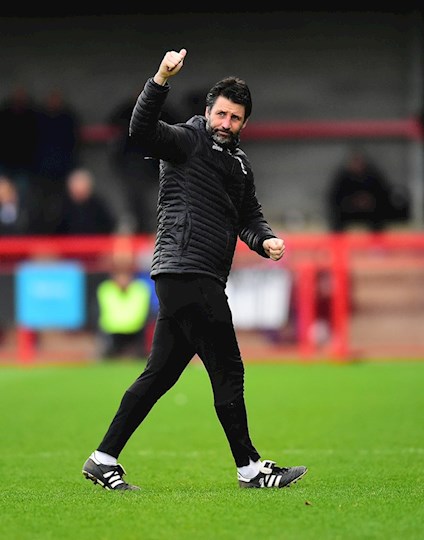 It's a great opportunity


Danny Cowley said his players are looking forward to today’s game with the possibility of earning the title of League Two Champions. That opportunity is something that everyone around the squad is... 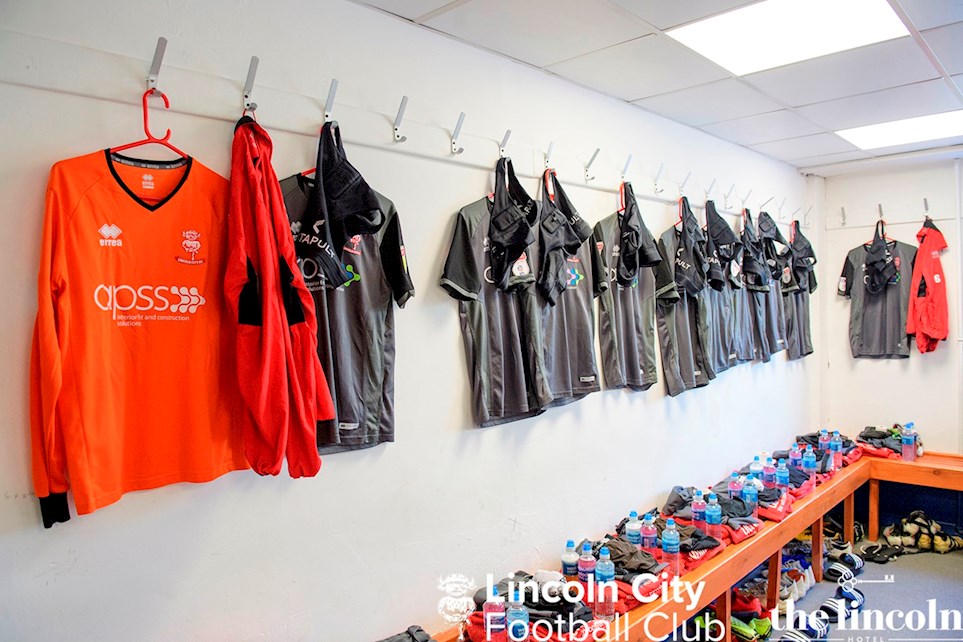 
Danny Cowley names an unchanged side as The Imps take on Carlisle United at Brunton Park in SkyBet League Two this afternoon.

City slipped to defeat for the first time in 2019 and for the first time in 20 games after a bruising battle at Brunton Park against Carlisle United. A solitary second half strike from Mike Jones won the day for the hosts in a competitive contest between the already promoted Imps and the promotion chasing Cumbrians. It leaves The Imps eight points clear at the summit of League Two with three games to play.

After a traffic disrupted journey over to Brunton Park over 2,000 City fans were in Brunton Park for kick off where Danny Cowley had named an unchanged starting eleven. With the Cumbrians looking for victory to close the gap on the playoff pack and The Imps aiming to seal the SkyBet League Two title it had all the ingredients to be quite the game under the balmy Spring sun in the North West.

It was to be the visitors who were to work the ‘keeper first, and it was John Akinde beating Adam Collin to the ball inside the Cumbrian’s area leaping to get his header past the onrushing Carlisle stopper, but he couldn’t quite steer it home. The Imps were looking dangerous in wide areas exploiting the space on the large Brunton Park surface, Akinde was stretching the defence and it took a well-timed challenge from Tom Parkes to stop the City striker from gaining the advantage down the right flank.

The supporters from Lincolnshire were over to the left of Matt Gilks in the first half and they were making themselves known in what was a noisy and positive atmosphere around the ground. Carlisle were tidy in possession, but when they got into attacking areas, Michael Bostwick and Jason Shackell were proving to be the proverbial brick wall, thwarting any thoughts the home side may have of making the breakthrough.

Both sides were being kept away from goal with some robust defending, Anthony Gerrard went into the book for a tackle on Shay McCartan who was threatening to break through on goal before Jason Shackell also went into the book for a tackle on Hallam Hope. The resulting free kick for the challenge on the Cumbrian’s striker was hit goalwards by Jamie Devitt, it was met with an outstretched palm of Gilks who dived to his left to save denying the hosts from their first attempt on target.

The Imps’ cause was hindered when Shackell and Devitt came together inside the centre circle, with the home number ten getting the better of the footrace to the ball The City defender was adjudged to have caught his opponent and the referee dismissed The Imps number five. Instantly the home supporters were on their feet urging their side forward to make the most of the numerical advantage but The Imps defence were retaining their shape despite the growing pressure coming from the home side.

Stefan Scougall found space down the City right after a neat bit of play gave the former Sheffield United player a chance to cross but Neal Eardley typified the spirit being shown by the Imps who refused to be overrun by the Cumbrians.   The game was being played in the City half for lengthy periods which was to be expected but yet again, the visitors just wouldn’t give way as Scougall got a shot away and Gilks got down low, showing plenty of agility to save and grasp possession confidently.

The Imps went in at half time on level terms, showing their credentials as a team tough to break down and giving themselves the best opportunity possible to get something in what would be a tough second half.

Carlisle United 0 The Imps 0
With City now kicking towards the half in which the travelling support were situated, they were given a tremendous reception as the second half got underway.  But the home side were keeping their foot on the gas, and Devitt was the architect for the Cumbrians, first his low driven cross was to just elude Hope in the box, before the number ten tried to follow up his recent goal of the month with a bunkerbuster from range but the ball kept rising and went over the top of Gilks’ goal.

Danny Rowe was brought on for Bruno Andrade as City looked for a different angle of attack and within seconds of his introduction, the Imps won a corner. Harry Anderson took on three players to cross, the ball took a deflection to the feet of Tom Pett whose shot took a wicked deflection out for a flag kick. The ball was floated into the box and it took Collin three attempts to grasp possession after mishandling the first ball but City were yet again showing signs that they were far from settling for the draw.

The home side introduced Newcastle United loanee, Macauley Gillesphey and his first touch was a low driven free kick that went under the Imps’ defensive wall but Gilks was expertly positioned to grasp the ball comfortably.

The home fans were momentarily worried when Rowe broke clear for City down the left, his ball inside to Akinde allowed the striker to shift it inside but his subsequent shot was blocked. With City showing prowess on the break it roused the visiting supporters who were back off their seats again, vociferously showing their support for the visitors.  The Imps won a corner in front of their fans, and although the set piece didn’t create the opportunity everyone from a visiting perspective desired it was an opening nevertheless and something else to breath positivity going into the final twenty minutes.

It was only to be a brief reprieve for the visitors as Carlisle made the breakthrough with just under a quarter of an hour to go, Mike Jones smashing a low drive from outside the area across Gilks and into the bottom corner. City’s fans however were now doing all they could to push their side to what would be a valuable equalising goal and The Imps pressed for an immediate leveller and were inches away from it.

Cian Bolger nodding a deep free kick back across goal for Rowe to smash a volley at goal, Collin dived and just kept it out before Parkes hacked clear inside the box with Akinde so close to getting his foot to it just two yards out. Anderson then hooked a cross which was looping into the goal but Collin leapt to tip it over as The Imps now were piling the pressure on, Bolger headed wide before City brought on Jordan Roberts.

City were now throwing caution to the wind, pushing everyone forward and that meant there would be spaces for the home side to exploit but Hope smashed his effort way over the top from a promising position. The home fans were sensing victory as the game crept into the final few moments, Hope was then denied by Bostwick throwing himself infront of a crashing drive from the former Everton striker and as the game crept into injury time the home side smacked the upright from inside the penalty area.

The game was deep into injury time when Anderson made a late burst forward winning a throw in which Roberts took, he hurled it in, before getting the chance to cross and Collin punched the ball clear after which the referee blew for full time.

It's a great opportunity


Danny Cowley said his players are looking forward to today’s game with the possibility of earning the title of League Two Champions. That opportunity is something that everyone around the squad is...


Danny Cowley names an unchanged side as The Imps take on Carlisle United at Brunton Park in SkyBet League Two this afternoon.

Tickets will be available for Imps' supporters who wish to pay on the day at Brunton Park to see The Imps take on Carlisle United on Good Friday however, numbers are limited so entry to the game will be subject to availability.

Tickets are only on sale from the away turnstile at Brunton Park which will be open from 1.30pm, please note all sales are CASH ONLY.  Any match day collections or reprints will be available from the same turnstile from 1.30pm.

Please note, match tickets are subject to a £3 increase from the original prices (excluding Juniors, Under 11's and Under 17's).

Matchday Prices are as follows