Ahead of the visit of Charlton Athletic on Saturday, we are able to provide supporters with a guide to plan your visit to the LNER Stadium. 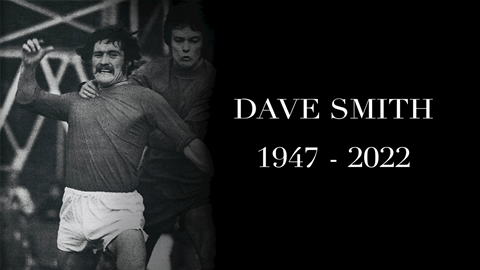 City will use the match to pay tribute to former player Dave Smith who recently passed away. He will be inducted into the club's hall of fame before the match, with supporters invited to join players and staff in a minute's applause before kick-off. Please get to your seat in good time before the game to take part in the tribute.

Fans are also invited to wear retro shirts or false moustaches in tribute to Dave, who will also be the cover star of the matchday programme. 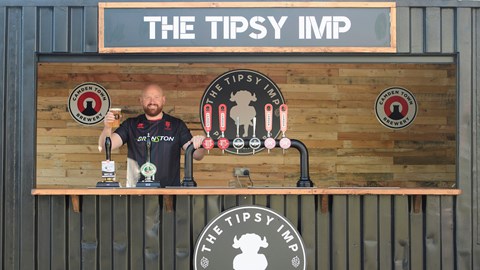 A variety of different food options will be available for supporters from 12noon. Coddy Cones, Yellowbelly Sausage, Barbell Burger and Curry Jacks will all be present supplying their locally-sourced delights.

Tipsy Imp are a new addition providing a wide range of premium beers and ciders.

Lincoln City Foundation will be running events for our younger fans. The Red Imps Community Trust will have their stall including old programmes for sale, with Ivor James interviewing members of the Former Players Association.
The NHS will be present offering adice for mental wellbeing ahead of World Mental Health Day on Monday.
Supporters with a Gold+ programme subscription can collect their edition from the Red Imps Community Trust Stand in the Fan Village.
A variety of alcoholic and soft drinks are available. 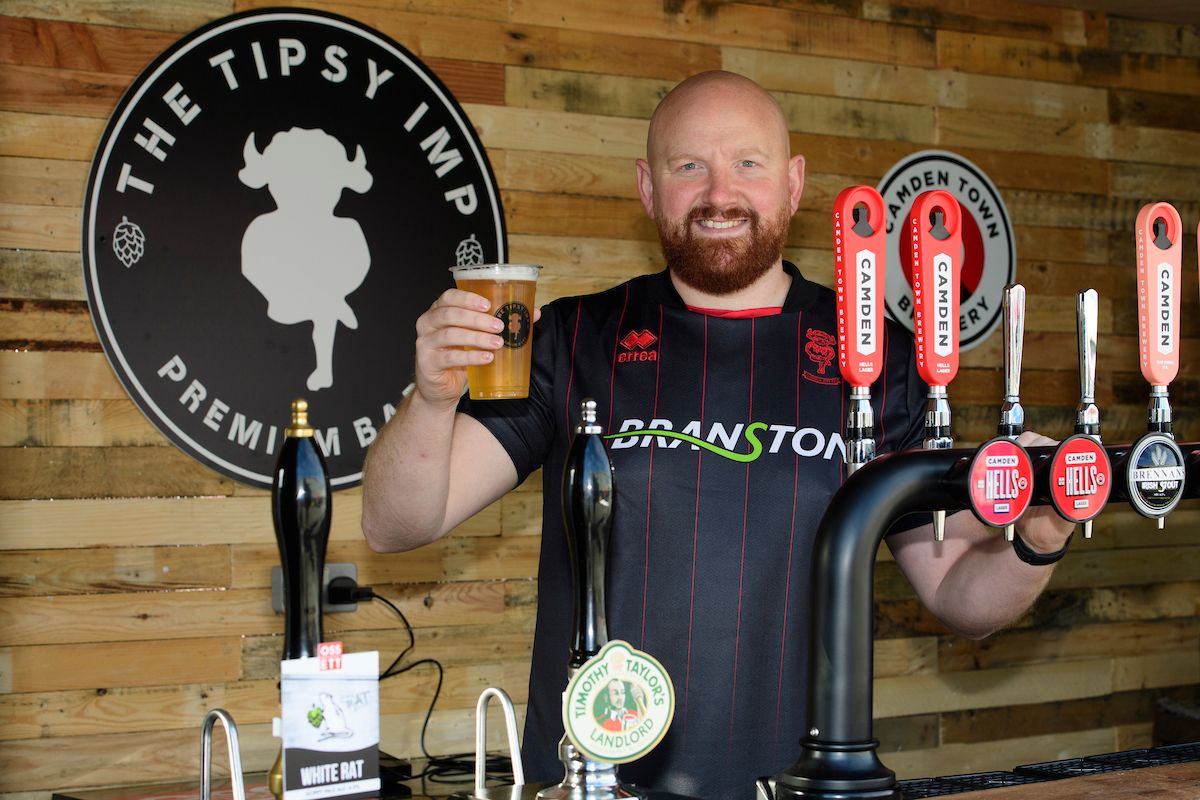 There are free football sessions from 1-2.30pm on the 3G pitch opposite the SRP Stand.

The Foundation will have activities including an inflatable football challenge in operation before the match in the University of Lincoln Fan Village.

The Foundation will also have engaging family-friendly activities in Poacher's Den - our newly-redecorated family area which is open before EVERY home game at the LNER Stadium. Poacher's Den is situated at the north end of the GBM Stand facing Sincil Bank, and will be added to as the season progresses.

Ron was a forward whose career began at Newcastle United and he went to play for clubs including Bradford City, Brighton, Grimsby and Darlington before he joined City in March 1958 when the club looked doomed to be relegated into the Third Division. The club had as dramatic change of form winning the final six games of the season to avoid the drop with Ron scoring in each of the matches.

Bryan is a local lad who initially signed for City on amateur forms when he was 17. He went on to sign professional forms in March 1962 having already made his Football League debut for the Imps against Reading in December 1961.

Danny was a young striker who was a trainee with the Imps at the end of the 1990s. He appeared regularly in the youth and reserve team and also played for City in the Lincolnshire Cup. He was on the bench for the first team on several occasions before moving on to play for Doncaster Rovers. He later appeared for Lincoln United and Moorlands amongst other local clubs.

Matt was signed by Colin Murphy in August 1989. At the time he was planning to join the Met Police after having previously served in the British Army but Lincoln offered him a professional contract and his career changed track. He was initially used as a striker and scored on his debut against Scunthorpe United but later converted to centre back. He was voted the supporters Player of the Season in 1991-92 and made more than 150 first team appearances before moving on to Scunthorpe in July 1993. 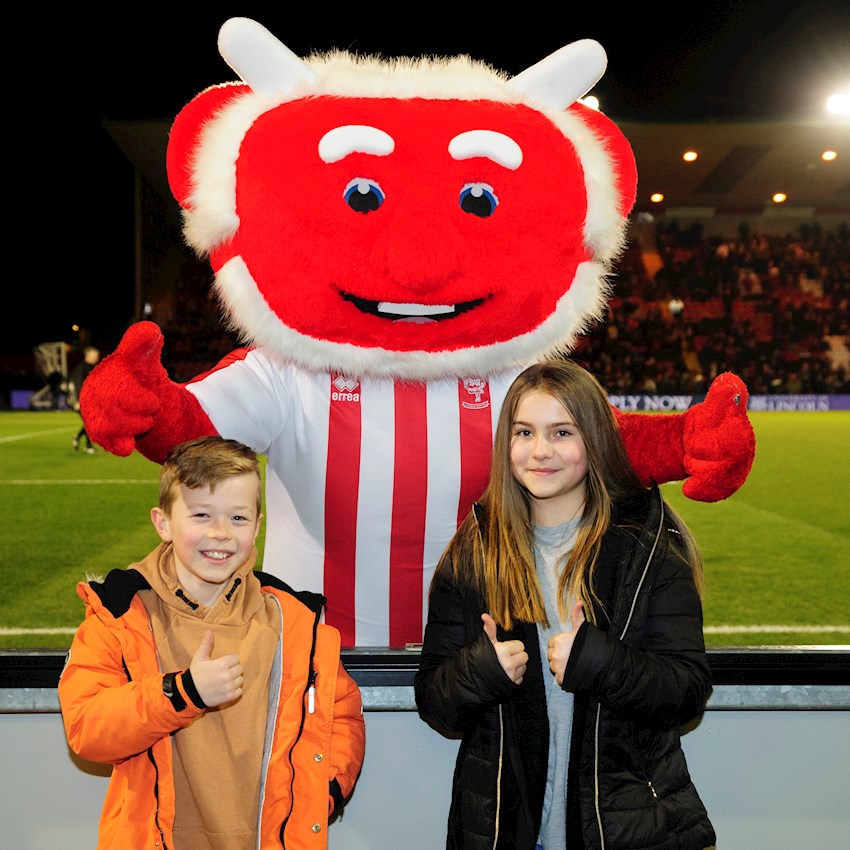 Poacher the Imp will be in the University of Lincoln Fan Village before the game to meet fans - look out for him making his way pitchside by 2.45pm!

We've loved seeing the pictures of families enjoying matchdays at the LNER Stadium - why not share your images of the day with us on Twitter using the #ImpsSelfie hashtag. If you get a picture with Poacher don't forget to tag him on Twitter at @Poacher_The_Imp!

Digital season tickets have been sent via email, physical cards from last season will remain valid so long as you have not moved seat or price/membership category.

You do not need a physical card, but if you need one they can be produced for £3 - we reccomend emailing tickets@theredimps.com as early as possible so we can prepare your card for collection.

Travelling supporters can purchase tickets in the away end - these must be bought from the ticket office before the game.

There are a number of  parking options for supporters attending games at the LNER Stadium this season - click here for details.

Our reccomended car park is the South Common - click here to reserve your space.

We warmly welcome new visitors to the LNER Stadium as well as travelling supporters. Check out our guide for everything you need to know to plan your visit.

You get to decide the matchday music at every match! Look out for the post on our social media channels and simply reply with your choice.

Those outside the UK & Ireland can purchase a match pass for the equivalent of £10 in your lcoal currency. International subscribers can also watch the match. iFollow Imps subscribers in the UK & Ireland can listen to live audio commentary from BBC Radio Lincolnshire's Michael Hortin and expert summariser Lee Beevers, with a full match replay available from Sunday.

Subscription in the Uk & Ireland costs just £4.49 a month, with it even cheaper per month for an annual subscription. Click here to find out the options where you are.  iFollow Imps subscribers in the UK & Ireland can also listen to audio commentary of all competitive City games as part of their subscription, as well as extended highlights after the game as well as a full match replay and access to full recordings of the press conferences before and after matches as well as exclusive subscriber-only videos.

We'll share team news on our social media channels as soon as we can, with printed teamsheets available for purchase from the ticket office for 20pence from around 2.15pm.