Mark Kennedy has praised Tom Hopper after he marked his return to the starting eleven with a goal in the Papa Johns Trophy.

The skipper put City ahead against Morecambe on Tuesday evening and Kennedy believes that the goal should provide Hopper with confidence heading into the December fixtures.

He said: “I am really pleased for him because he has been through a really tough time. Tom has been a constant in the club by the way he has conducted himself and supported us from afar.

“I am chuffed to bits to see him back out on the pitch and to see him score. A goal will be huge for any striker so that would have meant a lot to him.”

Morecambe forced the tie to penalties after City controlled possession in the second half, but Kennedy was pleased that his side still managed to progress into the next round of the competition.

He added: “I am really pleased and I thought the lads played very well. Ultimately you just want to get through to the next round and I thought we thoroughly deserved to win.

“In the first half I felt we were wasteful in the final third but I was pleased that we got into good areas and worked the ball well to get in there.

“I always knew we would get chances and it may have looked pedestrian at times, but I thought we picked our times well when we needed to push.”

Gain priority over general sale for high-profile matches by purchasing a silver or bronze membership. 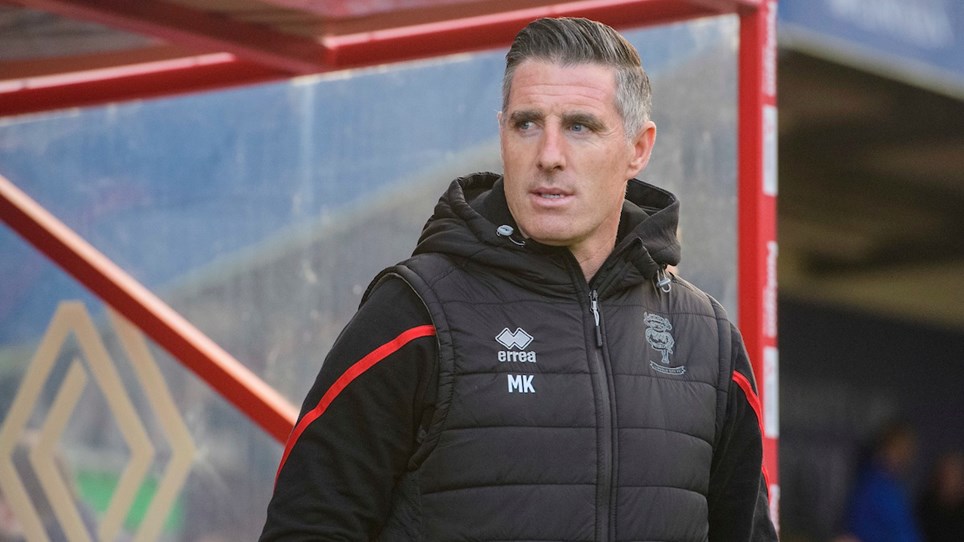 
Mark Kennedy is delighted with the way his side controlled possession on their way to another three points.