The returning Anthony Scully and debutant Morgan Whittaker inspired the Imps to victory over Oxford United.

Scully scored the opener on a much-anticipated return to the starting line-up and it was a dream debut for new signing Whittaker who calmly slotted one home to secure the Imps a win on the first game back since Boxing Day.

The first chance of the game came from Oxford’s Matty Taylor in the eighth minute as he found himself through one-on-one despite calls for offside. Josh Griffiths made himself big to deny the U’s an early lead.

City bounced back minutes later as Chris Maguire lined up an ambitious effort from the edge of the 18-yard box which looked sure to find the back of the net but was denied by the woodwork.

The Imps continued to pile on the pressure as TJ Eyoma fired a dangerous ball across the face of goal which needed to be cleared off the line by the U’s defence. Lewis Montsma then added to the sequence of attacks with a glancing header that sailed just wide of the post from a Maguire cross.

Oxford found their footing after a shaky 15 minutes as Ryan Williams was sent through on goal only for his shot to be punched clear by Griffiths.

Appleton was forced to make an early substitution in the 39th minute after Lewis Montsma fell down injured, causing several minutes' delay. Lasse Sorensen came on in place of the defender.

Minutes after stoppage, the Imps’ onslaught of attacks finally bore fruit as Anthony Scully fired in a long range effort, beating an outstretched Simon Eastwood to put the Imps one up.

U’s manager Karl Robinson was also forced to make a first half substitution shortly after falling behind with Marcus McGuane replacing Cameron Brannagan.

Oxford’s best chance of an equaliser in the half came in the 45th minute when Herbie Kane’s curling freekick was acrobatically tipped over the bar by Griffiths.

Neither team could add to the score tally during the seven minutes of added time which saw the Imps head into the tunnel with a one goal lead at halftime.

Four minutes into the second half, Oxford thought they had found an equaliser through a Kane free-kick which was headed in by Taylor, but the goal was ruled out for offside.

Oxford substitute McGuane was next to add to the visitors’ early first half chances with a strike from 20 yards that sailed just wide.

Despite the U’s hot start to the second half, Imps debutant Whittaker stopped them in their tracks and calmly slotted one past Eastwood to double Lincoln’s lead in the 56th minute.

Karl Robinson looked to find a way to get his team back into the game by making a double change in the 65th minute. James Henry replaced Gavin Whyte while Nathan Holland replaced Ryan Williams.

Lewis Fiorini was inches away from adding a third to Lincoln’s lead after he whipped a shot across goal which beat Eastwood’s outstretched glove and shaved a post.

Oxford’s Kane was shown a straight red after 77 minutes for a dangerous tackle on Fiorini which saw the U’s play with 10 men for the remainder of the game.

Appleton sent on some fresh legs just before the 90 minute mark with Fiorini and Scully making way for Max Sanders and Hakeeb Adelakun. 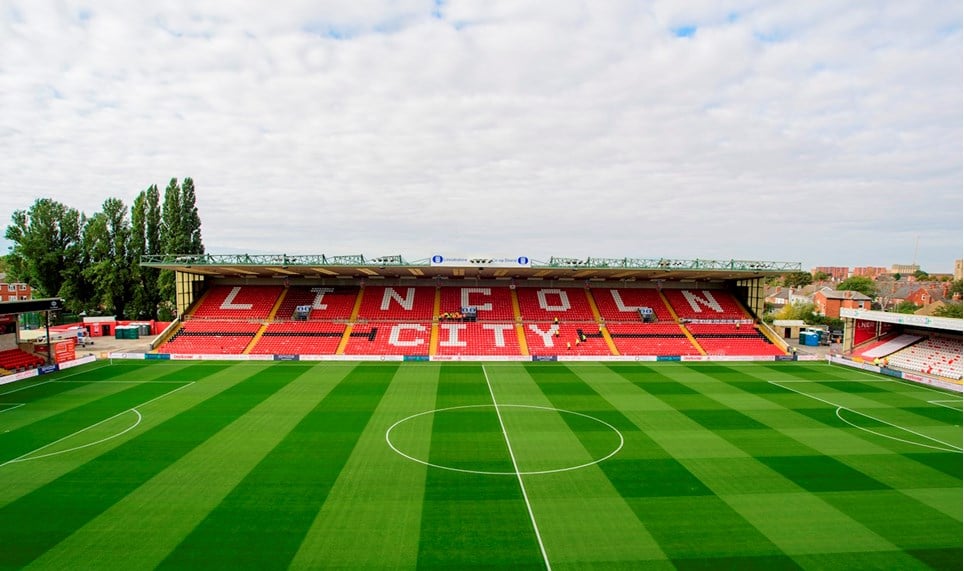