The Imps could not find a way past a determined Morecambe side as they suffered defeat in Lancashire.

The visitors started well with Hakeeb Adelakun bamboozling half the home defence before seeing a cross blocked.

Anthony Scully also enjoyed early success down the left wing, with a fourth-minute cross which was intercepted.

The match opened up as the half progressed, with Lewis Montsma finding himself allowed space to bring the ball right up to the end of the opposition area. His shot was blocked, with the ball falling nicely to Lewis Fiorini whose effort came cannoning off a home defender.

The closest the home side went to opening the scoring was a smart short corner move which ended with Adam Phillips getting a low shot away after collecting Wesley McDonald’s lay-off - but referee Ben Toner had blown for an infringement in the area even before Josh Griffiths had got his weight behind the shot.

Phillips had Grffiths scrambling with a low effort after 30 minutes, but the England U21 had his angles covered and could watch the ball roll out for a goal kick. Griffiths also kept out a low shot from McDonald at his near post, but again the officials had intervened with a assistant’s flag up for offside.

The Imps threatened with a quick break. Dan Nlundulu was squeezed out as he tried to find space for a shot, with Adelakun’s cross blocked and eventually cleared.

The resulting corner caused problems, with Montsma’s flicked header off target but Poole’s shot deflected behind for another corner. That set-piece ended up with Fiorini’s shot deflected to Scully, whose curled effort looking for the top far corner was headed off the line.

Scully went close again after 38 minutes after a good move down the left. He played a one-two with Nlundulu before curling an effort which went just over the bar.

There was one change for the Imps at the break, with Ted Bishop coming on for Adelakun,

The first chance after the restart came when Ndulundulu was played through, he got away from the home defence but Kyle Letheren got down well to block his effort. Minutes later a brilliant tackle from Shrimps captain Anthony O’Connor stopped him getting through on goal again.

The home side went ahead after 53 minutes when Stockton pinged an effort into a bottom corner.

Fiorini almost drew the Imps level quickly, when the ball was worked to him on the edge of the area after a short corner and his shot from distance drew a great flying save from Letheren.

The home side had players back in numbers whenever the Imps were in attack, with a diving header from Scott Wootton required to deny Fiorini a spectacular half-volley from outside the area.

And Wootton popped up at the other end moments later to poke home a second for the Shrimps.

Bishop threatened with a late header and Scully saw a powerful shot deflected behind for a corner, but there was no way back for the Imps. 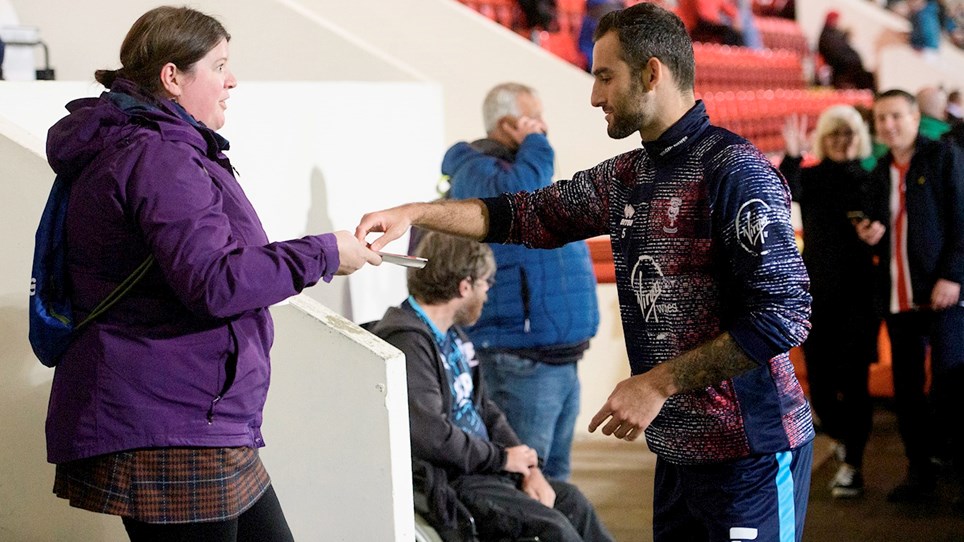 
The Imps players thanked travelling supporters by handing out signed programmes prior to Tuesday night's game at Morecambe. 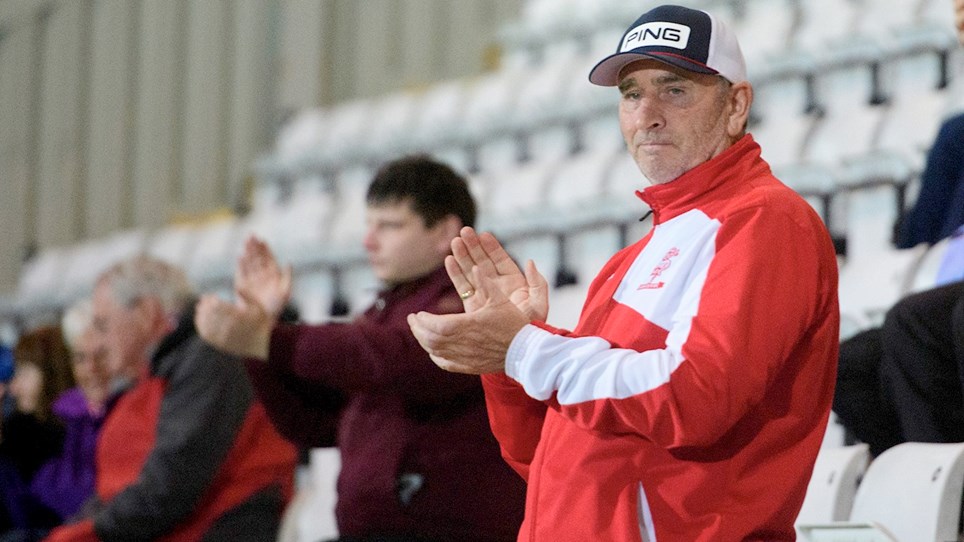 
The Imps were well backed by 241 Imps fans at the Mazuma Stadium on Tuesday night.