The Imps have launched a campaign to keep the matchday programme beyond this season in the face of declining sales. 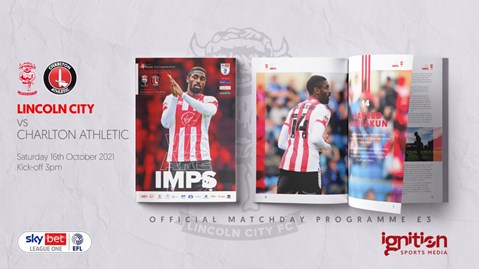 Sales during the 2021/22 season are lower than they were before the pandemic, and the club actually lost money on some issues earlier this season as production costs were higher than revenue.

The club are committed to producing a programme for the rest of this season, and members of the club’s communications team will work with members of the Supporters Board to determine what the provision looks like from the summer.

Chief executive Liam Scully said: “We can’t make people buy a product they don’t want, but if you genuinely do wish to see us able to continue producing one then please keep buying them. If you like the content in this edition, tell people you know that it’s worth buying.

“In our most recent fan survey 61% of respondents said they wanted to see the programme continue in printed form, but this is simply not reflected in sales figures - it’s harder and harder for me as chief executive to justify team members spending their time on a product which is no longer viable when they could instead be working on something which demonstrably is. I’m letting my heart rule my head.”

This season's programme was increased to 64 pages without any increase in price. As well as an exclusive interview with a member of the first-team, each edition includes updates from manager Michael Appleton and chief executive Liam Scully.

There are also updates from the Academy, women's team and Lincoln City Foundation as well as analysis on the day's opposition and an expanded Junior Imps section.

Programmes are available from sellers around the stadium and in thhe ticket office on matchdays, with fans able to pay by cash or card. If you cannot get to the match then order your copies online.