The Imps put in a stellar second half display to ensure they booked their place at Wembley in Sky Bet League One Play-Off Final versus Blackpool. The Imps fell behind to goals from Ross Stewart and Charlie Wyke before Tom Hopper's bullet header ensured City progressed to the final.

Michael Appleon named one change from the first leg with Lewis Montsma stepping in for the injured Adam Jackson. Joe Walsh was fit enough for a spot on the bench.

The atmosphere was building before kick off with around 10,000 Sunderland fans in attendance at the Stadium of Light.

Lincoln City lined up in the same formation as Wednesday evening with Tom Hopper supported by Brennan Johnson, Morgan Rogers and Anthony Scully.

Sunderland lined up in an attacking formation with two up front as they looked to move the ball forward quickly to get back into this tie.

Jorge Grant had the first opportunity of the game as a loose pass inside from Callum McFadzean was cut out by the City midfielder, but he dragged his shot wide of goal from 20 yards.

The home side were buoyed by the crowd as the hosts won numerous set pieces as they looked to get the ball into the City box at every opportunity.

The pressure continued from the Black Cats and they opened the scoring in the 13th minute through Ross Stewart. Aiden McGeady burst down the left wing before crossing to the near post, and Stewart poked the ball past Alex Palmer to make it 1-0. 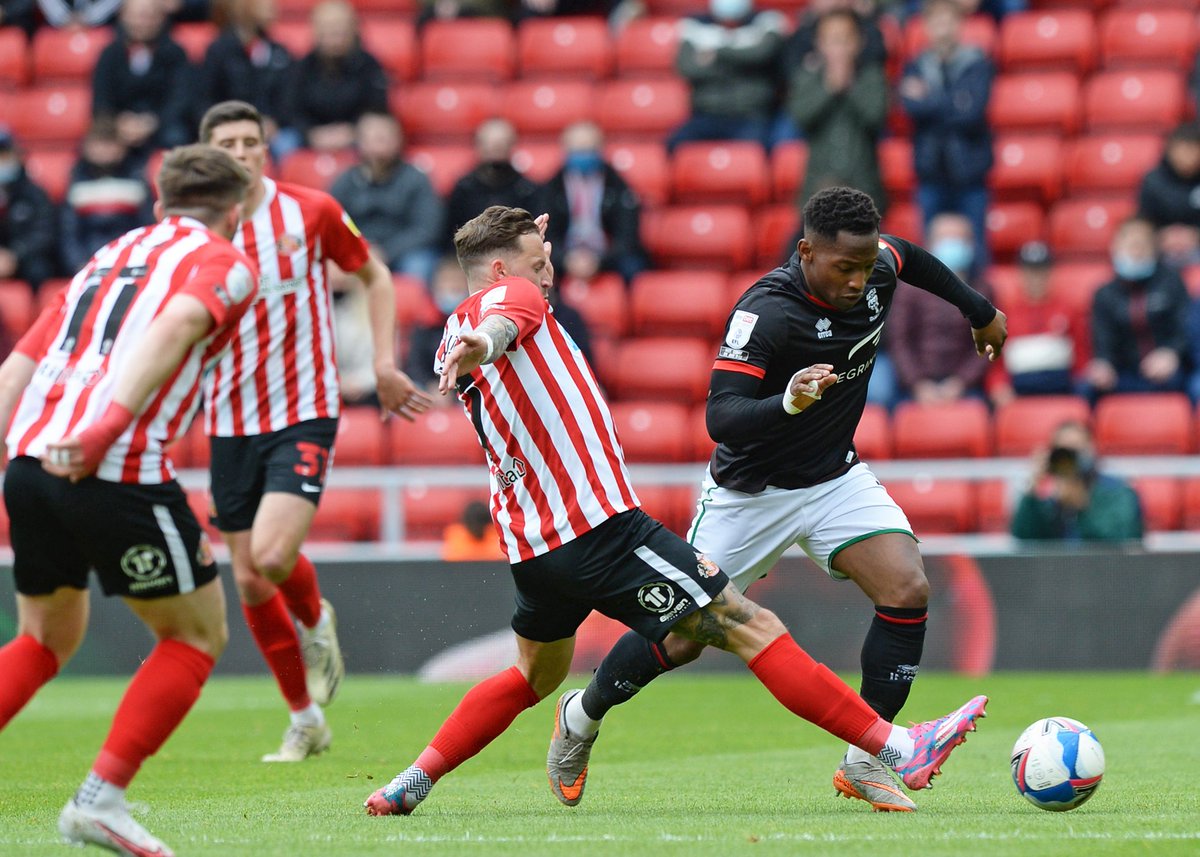 Lincoln were made to defend as Sunderland were throwing men forward and the crowd were certainly backing them. A long ball up to Charlie Wyke was held up well, before Ross Stewart hit his shot wide under pressure from TJ Eyoma.

In the 22nd minute, Sunderland had a glorious chance to make it 2-0. Charlie Wyke capitalised on a rebound and rounded Alex Palmer, before TJ Eyoma tracked back to make a heroic block to prevent a certain goal, before Palmer cleared the rebound.

It was one way traffic though, and Sunderland equalised in the 33rd minute through number nine Charlie Wyke. Aiden McGeady crossed left footed, and the big centre forward poked the ball home from inside the six yard box to make it 2-0. The home side had their tails up and Lincoln needed a reaction.

The Imps created a good chance in the 39th minute as Morgan Rogers slipped a neat through ball to Tayo Edun who pulled it back to Brennan Johnson, but his low drive was blocked. 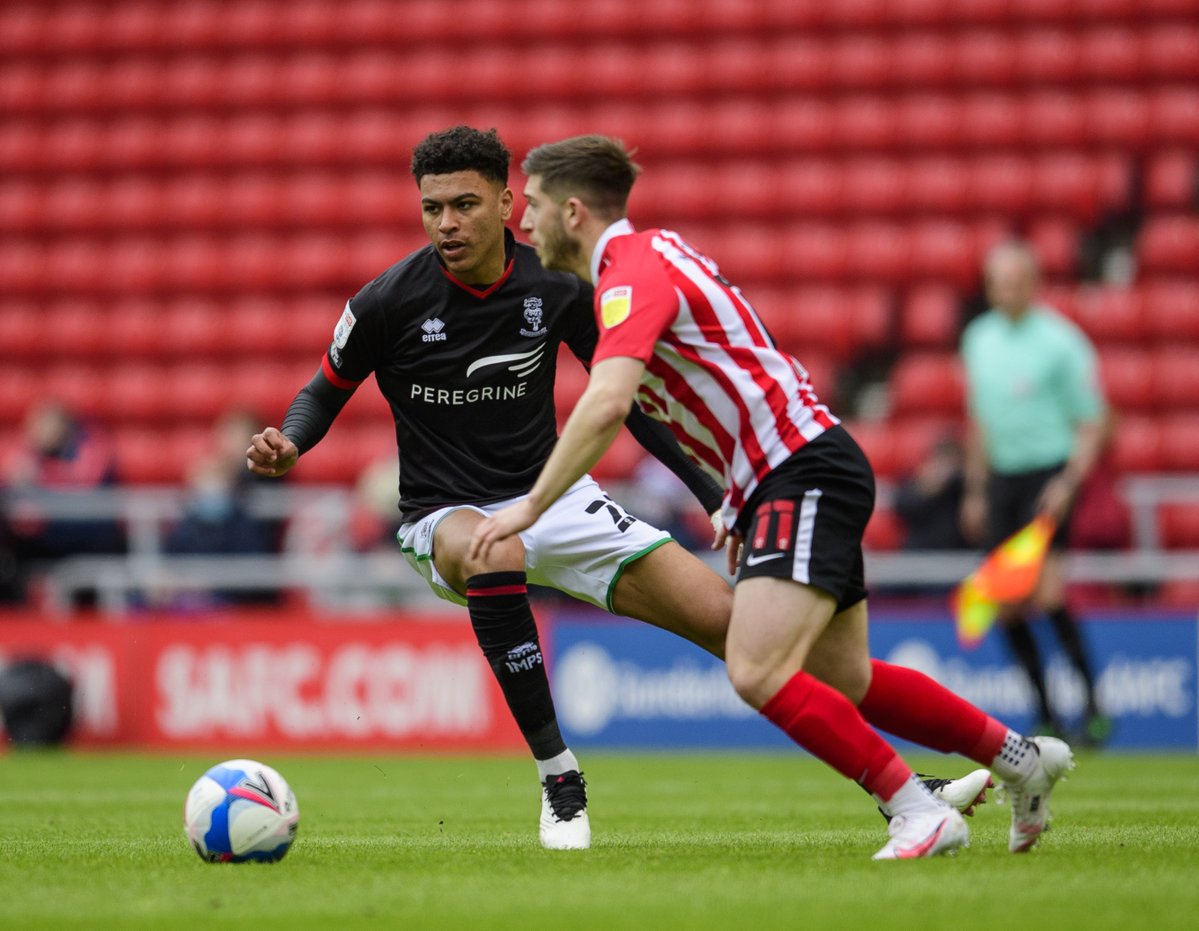 Morgan Rogers was recieving rough treatment from the Sunderland players as the youngster was repeatedly fouled as he looked to relieve pressure on his defence. The half time whistle arrived with both teams still in the tie.

Conor McGrandles and Joe Walsh were introduced at half time as they replaced Anthony Scully and Lewis Montsma.

The Imps started the second period extremely well winning a corner shortly after the whistle. The ball dropped for Joe Walsh in the area, but he was under pressure and couldn't quite guide his volley on target.

City looked a completely different team as Morgan Rogers and Brennan Johnson linked up well, before Jorge Grant's backheel into the box was cleared by Sunderland.

The Imps were on the front foot and were inches away from a goal when a Jorge Grant corner was met well  by Regan Poole, but his header bounced off the underside of the cross bar. The signs were positive for Lincoln who were running Sunderland ragged at this point.

The attacking continued from City who looked much more confident in the second half. Brennan Johnson burst into the box before he went down under the challenge from Chris Maguire, but the referee waved away the appeals.

The Imps finally got the huge goal they deserved this half and it was a terrific header from Tom Hopper. Jorge Grant's dangerous free kick was met by Tom Hopper, who timed his jump and his header perfectly to notch the ball into the far corner. 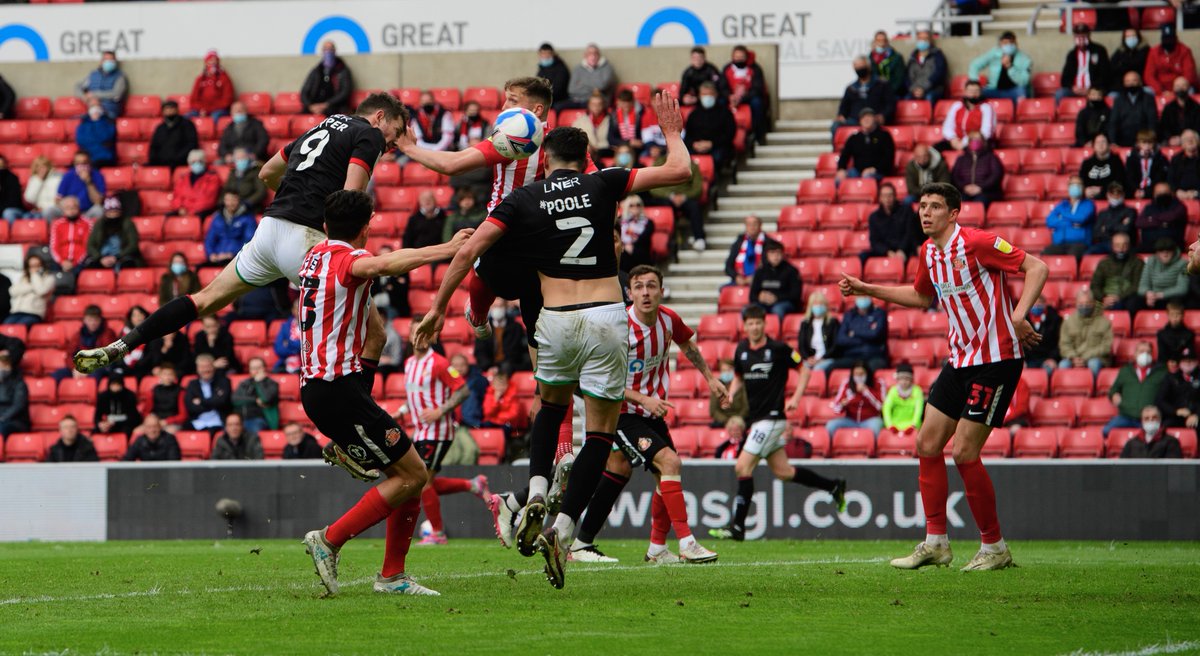 Lincoln City were much the better side in this second period and looked extremely dangerous on the counterattack with the pace of Rogers and Johnson. 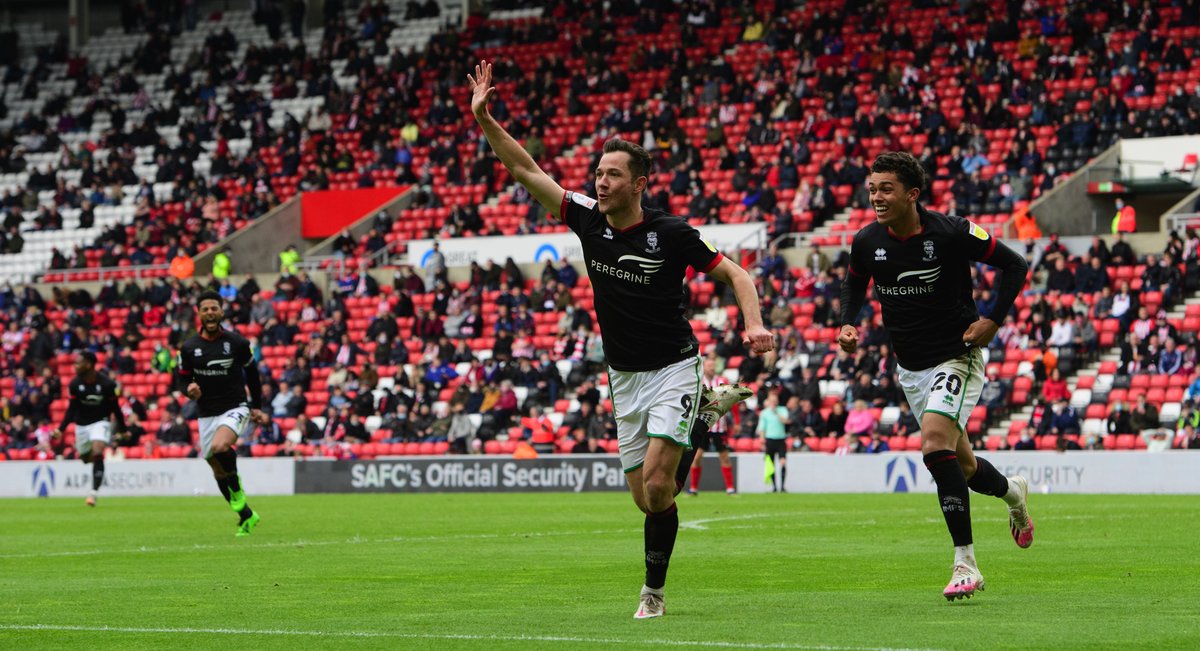 The Imps won themselves a spot kick in the 63rd minute. Conor McGrandles was brought down in the box and the referee pointed to the spot. Jorge Grant stepped up to take it and the keeper guessed the right way as he parried the ball to safety.

The save from Lee Burge galvanised the crowd as Sunderland searched for the equalising aggregate goal. There was a scramble inside the City penalty area as the ball was ricocheting around, but Liam Bridcutt cleared the danger as the visitors looked to hold on. 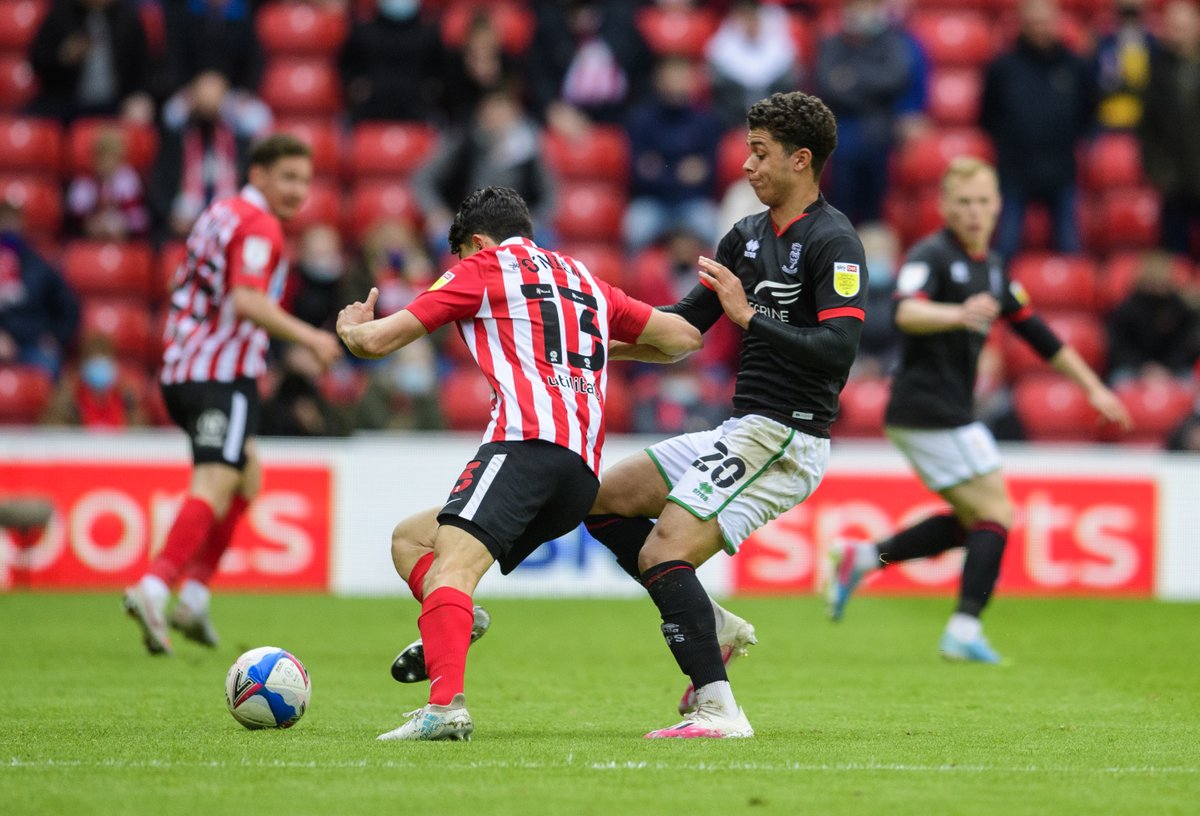 Conor McGrandles had a great opportunity to make it 2-2 as a long ball over the top was latched onto by the Scotsman, and he turned his man in the area with ease, but hit his left footed shot over the bar.

Sunderland came so close to making it 3-1 as Aiden McGeady hit the post with a low left footed shot before the ball rebounded to Charlie Wyke, who side footed the ball into the side netting.

The Imps' number one made a massive save in the 85th minute. Andy O'Brien controlled the ball well on his chest before shooting at the near post, but Alex Palmer was in the right place at the right time, to make the stop.

The seconds were ticking slowly and Morgan Rogers had a chance in the 89th minute following a blistering break, but his shot from a tight angle was well saved. It was a nervy ending to the match with five minutes added on, but Lincoln City held firm and booked their place at Wembley Stadium with the prize of the Championship all to play for.