The points were shared at Portman Road as Lincoln City drew 1-1 with Ipswich Town. Morgan Rogers' thunderbolt in the first half was cancelled out by a header from James Wilson as both sides had to settle for a point this evening.

Michael Appleton named two changes to the weekend's victory over Crewe with Tom Hopper and TJ Eyoma stepping in to replace Callum Morton and Regan Poole.

This was an interesting match up between two sides fighting for promotion with the Imps sitting in 3rd and Ipswich sitting just outside the top six.

The Imps started the match quickly as TJ Eyoma burst down the right before whipping a cross into the box which was half cleared by Tomas Holy, but the second ball fell for the home side, and Ipswich cleared.

Cohen Bramall then put on the after burners as he flew past two Town players before crossing as the ball eventually fell on the edge of the box to Morgan Rogers, but his shot missed the far post. City began to move the ball around nicely as Ipswich were restricted to kicking it long in the opening 15 minutes. Cohen Bramall had a sighter at goal shortly afterwards but his drive from 30 yards flew wide of the goal.

Ipswich threatened from corners and free kicks but the Imps were lightning quick on the counterattack through Morgan Rogers and Brennan Johnson who constantly had the Town defence on the backfoot in the first period.

The next chance of the game fell to Lincoln City as a corner found it's way to the feet of Morgan Rogers in the penalty area, but his controlled shot was blocked excellently by Ipswich skipper Luke Chambers.

City were so close to scoring in the 23rd minute as a lovely passing move led to a dangerous Eyoma cross which was turned onto his own post by Nsiala, but the centre half recovered well to prevent James Jones from heading in the rebound. 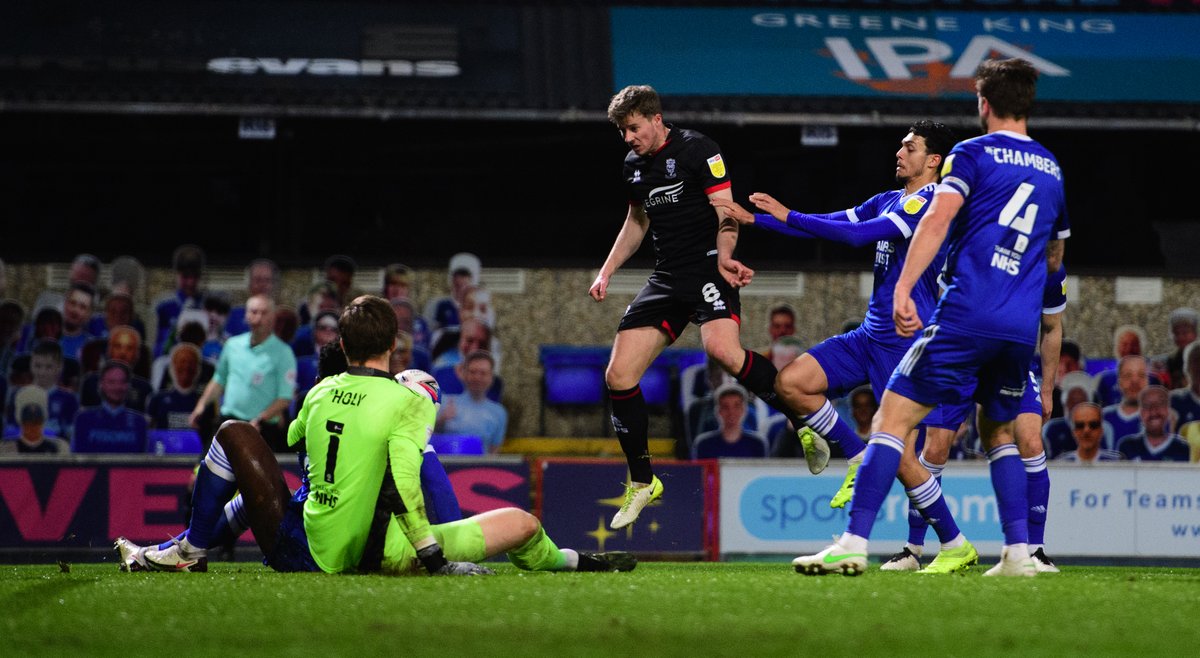 The away side were on top and still creating chances as Tom Hopper and James Jones linked up well before the Imps' number eight saw his left footed drive deflect behind for a corner, which came to nothing.

The Imps took the lead in the 29th minute of the match and it was an absolute stunner from 18 year old loanee, Brennan Johnson. The wideman cut in on his right foot, dropping the shoulder to beat his man, before rifling in a rasping drive into the top corner, WHAT A GOAL. 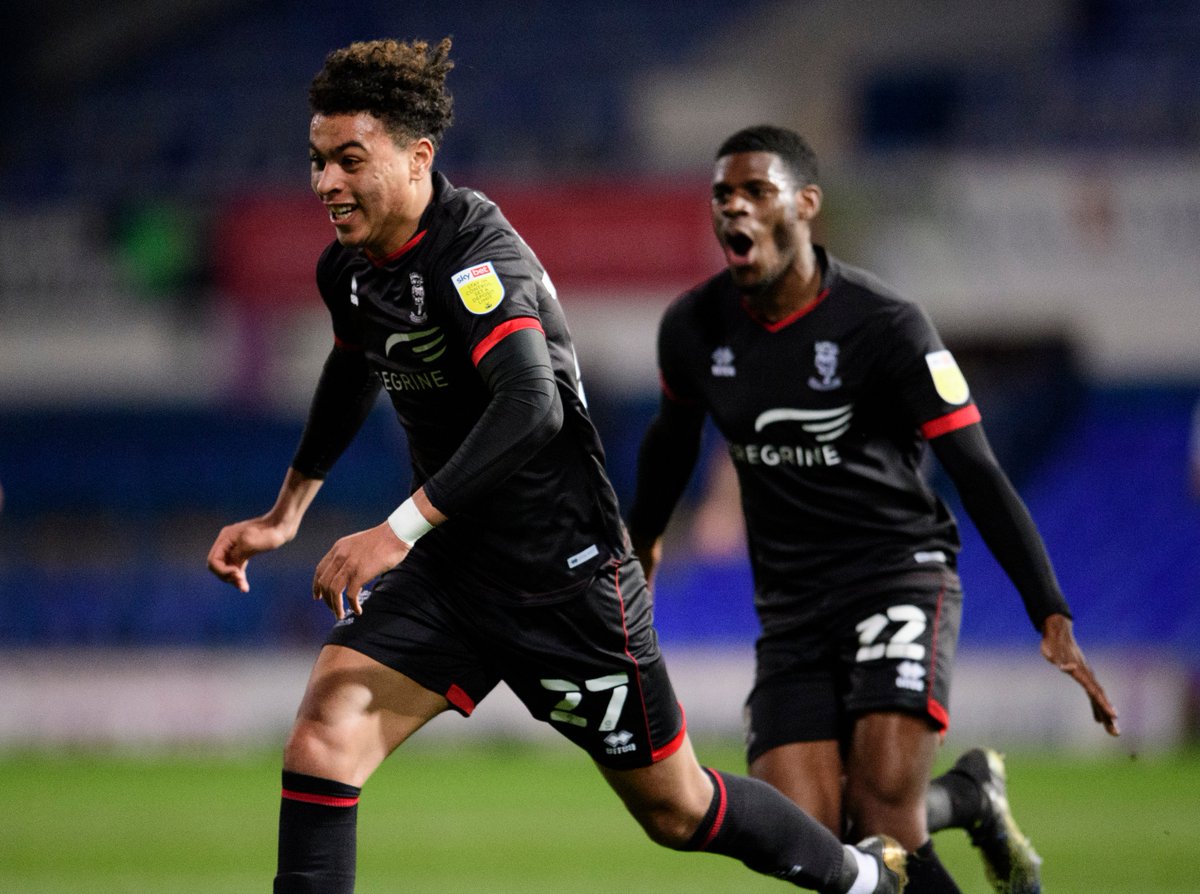 Ipswich responded well to going behind as they kept good posession before winning a free kick in a dangerous area which gave Andre Dozzell the opportunity to cross. The inswinging set piece was met by Toto Nsiala but he couldn't guide his header on target.

Tayo Edun went into the book just before half time which presented Dozzell with another opportunity, but his effort was well saved by Alex Palmer who was called into action for the first time in the game.

The second half began with the away side on top as City's high press was causing the Tractor Boys to misplace passes in their own third.

Tom Hopper appeared to be through on goal in the 53rd minute but the referee blew for a foul on James Wilson, much to the dismay of the Imps' number nine. 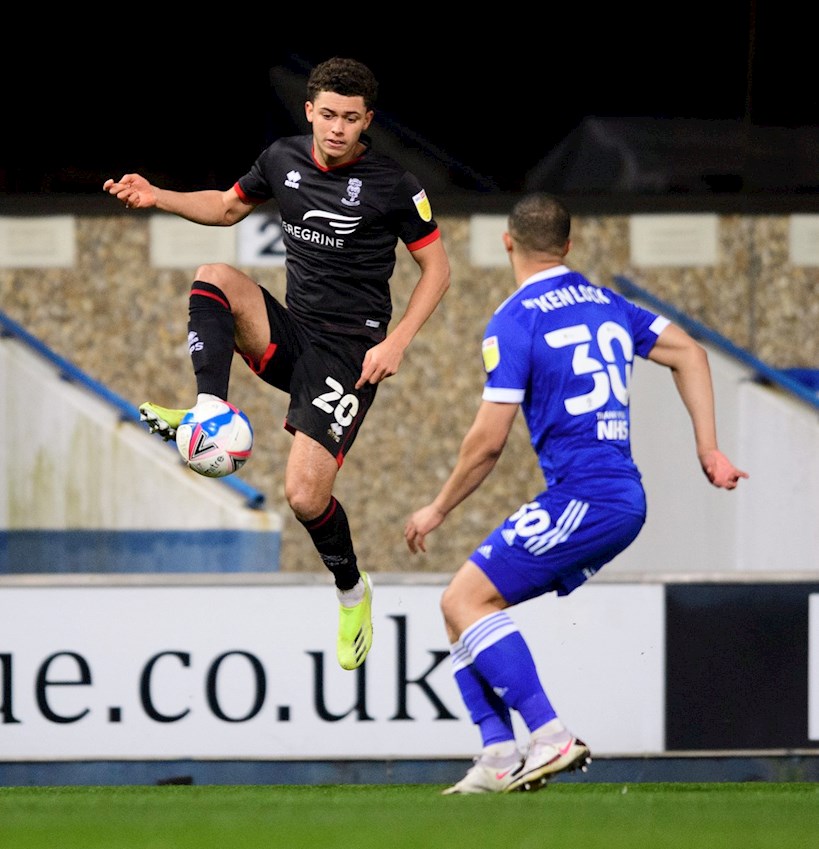 The home side began to gain some momentum in the game again as Norwood, Dozzell and Bishop worked themselves into good positions but Alex Palmer was calm and confident to claim crosses in his own penalty area.

City created another chance in the 61st minute as a wonderful cross-field pass from Lewis Montsma was cushioned down by Cohen Bramall into the path of Tom Hopper, but the striker was off target with his left footed volley.

Chances were few and far between as the second half was a tight cagey affair as both sides tried to get the ball down and play out from the back.

As we entered the final twenty minutes of the match, Ipswich were having plenty of posession and found the equaliser through former Imps defender James Wilson. A long ball into the box was won by Luke Chambers which allowed James Wilson to head down into the corner.

City began to search for the next goal as Anthony Scully and Regan Poole were brought on to freshen things up but both teams were cancelling each other out here.

Callum Morton picked the pocket of Nsiala which allowed Brennan Johnson to run through but Tomas Holy got his angles right to deny the City forward from scoring.

Both teams looked to find the winner but the points had to be shared at Portman Road this evening.