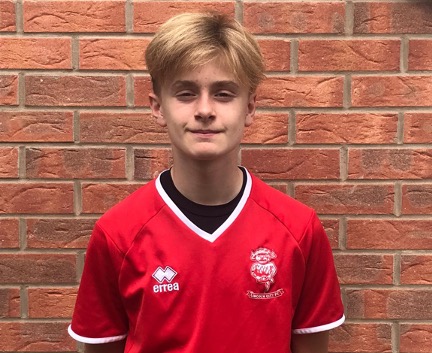 Harrison progressed through the clubs Foundation Development Program before joining the Emerging Talent Program in September of 2020. Harrison recently completed a formal trial and has been offered a place in the Academy for the forthcoming season.

“I’m so happy to have signed for Lincoln Academy. I have worked hard to get here and had excellent support through the Lincoln City foundation and even more since the Emerging Talent started. The Emerging Talent has given me added as well as helped my ability so I could impress enough on his trial to get a place in the Academy”. 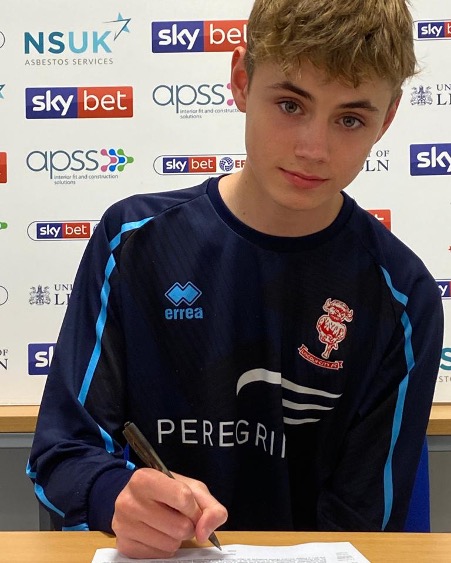 Jaden applied to join the program in December 2020 and was subsequently offered a formal trial following an impressive performance in goal against the academy. Subsequently, Jayden been offered a place within the Under 14's Academy team the season ahead.

“I’ve been playing as a goalkeeper since I was 6 years old and have always trained and worked incredibly hard in the hope that one day, I could achieve a place at club academy level. When I was offered a place on the Emerging Talent program at Lincoln City last December I was really excited to get the opportunity but also realised very early on that I still had much to improve on. My goalkeeping coaches, Steve and Ross really helped with my development, and I thoroughly enjoyed working with the other keepers on the program. When I was invited to train and play in matches with the academy squad in June this year, I knew it was my big chance and I was over the moon to be finally offered a place in the academy for the season. I’ve loved every minute of my journey with Lincoln City so far and look forward to getting my head down and working even harder next season.”

Our final player also joined the Emerging Talent Program in September of 2020 in the Under 12’s. Following this he had a successful spell with the academy and has been offered a place for the upcoming season.

Jordan McCann, Academy Manager: “We are delighted to welcome (unnamed), Harrison and Jaden into the Academy for the start of the 21/22 season. All three boys have shown an excellent rate of progress in our Academy Emerging Talent Centre and join 12 others who made the transition across the 20/21 season. The Academy Emerging Talent Centre is the core strand of our recruitment strategy from Under 6-12. Any interested players can contact our Head of Academy Recruitment Lincoln Christer for further information about the programme on lchr@theredimps.com.”

This recent success is demonstrative of the potential opportunities available through the Emerging Talent program.

The club are currently offering limited spaces for open training sessions for outfield players between ages 6 and 8. Through these sessions players may be offered the opportunity to join one of the clubs programs, including the Emerging Talent Program.