Lincoln City were defeated 2-1 by Hull City at LNER Stadium this afternoon in a tightly contested affair. The victory was enough to ensure the Tigers were promoted but they were made to work for the points. Josh Magennis scored early on before Lewis Montsma's equalised, but Mallik Wilks' penalty was enough to ensure Hull secured promotion to the Championship.

Michael Appleton made one change from Saturday's victory, with Jorge Grant returning to the side in place of James Jones. Lincoln City were also boosted by the return of Tom Hopper and Liam Bridcutt who were fit enough for a spot on the bench this afternoon.

It was a glorious sunny afternoon at LNER Stadium between two sides pushing for promotion. A win for the visitors would mean that they were promoted to the Championship whereas a home win would improve the Imps' chance of finishing in the top six. 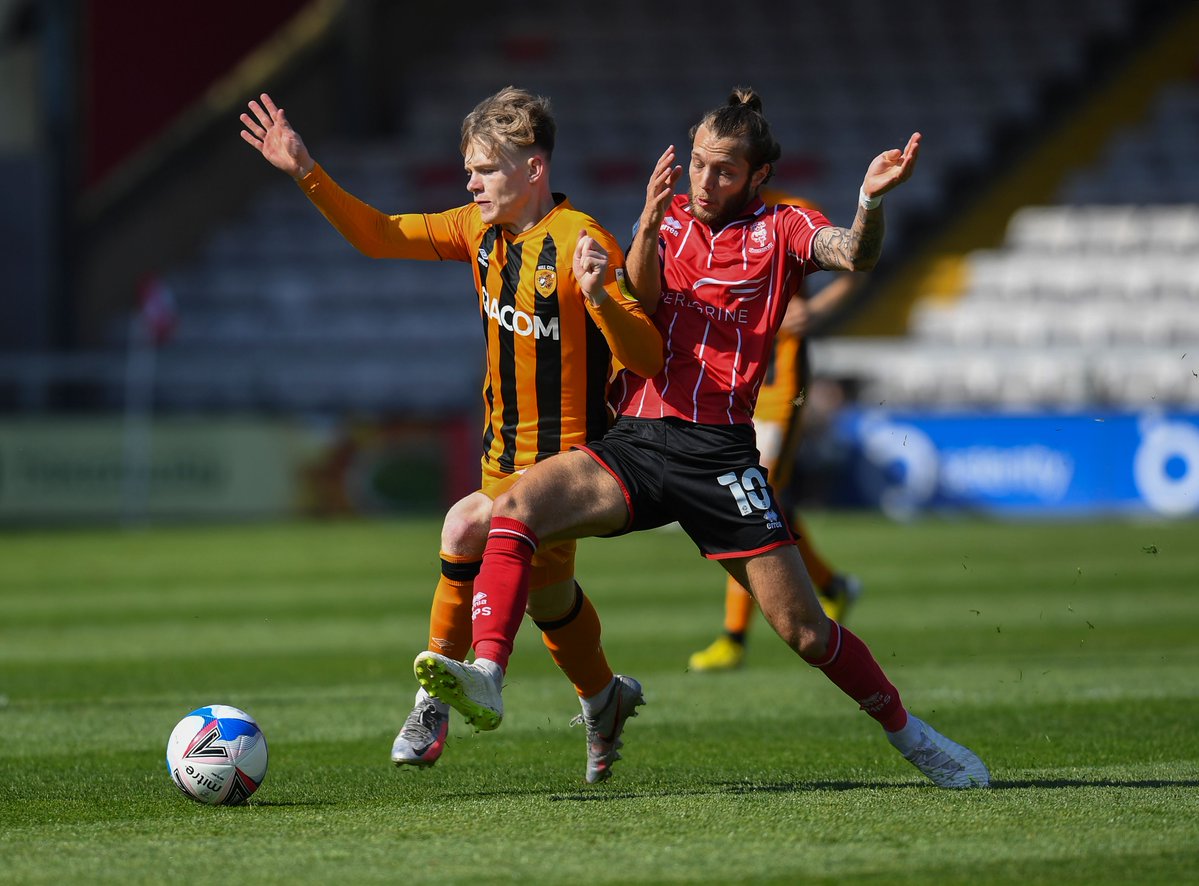 The first chance of the game arrived in the 2nd minute as Josh Magennnis rose highest in the penalty area following a free kick, but his header flew over the cross bar.

The quick start for the visitors continued as another cross into the box was met by Magennis again, but this time he made no mistake with a volley from close range to fire the league leaders in front after 4 minutes.

The Tigers continued to dominate the early stages of the game as Keane Lewis-Potter found space in the box, but his attempt on target was well blocked by TJ Eyoma before the linesman flagged Magennis offside.

As the Imps started to gain a foothold in the game, George Honeyman made a couple of late fouls after already being on a booking as the midfielder was lucky to stay on the pitch.

City's first attempt on goal arrived in the 32nd minute through midfield man Conor McGrandles. Tayo Edun, Brennan Johnson and Morgan Rogers linked up well, before a ball into the box was met by the Scotsman, but his left footed shot was saved by Matt Ingram in the Hull goal. 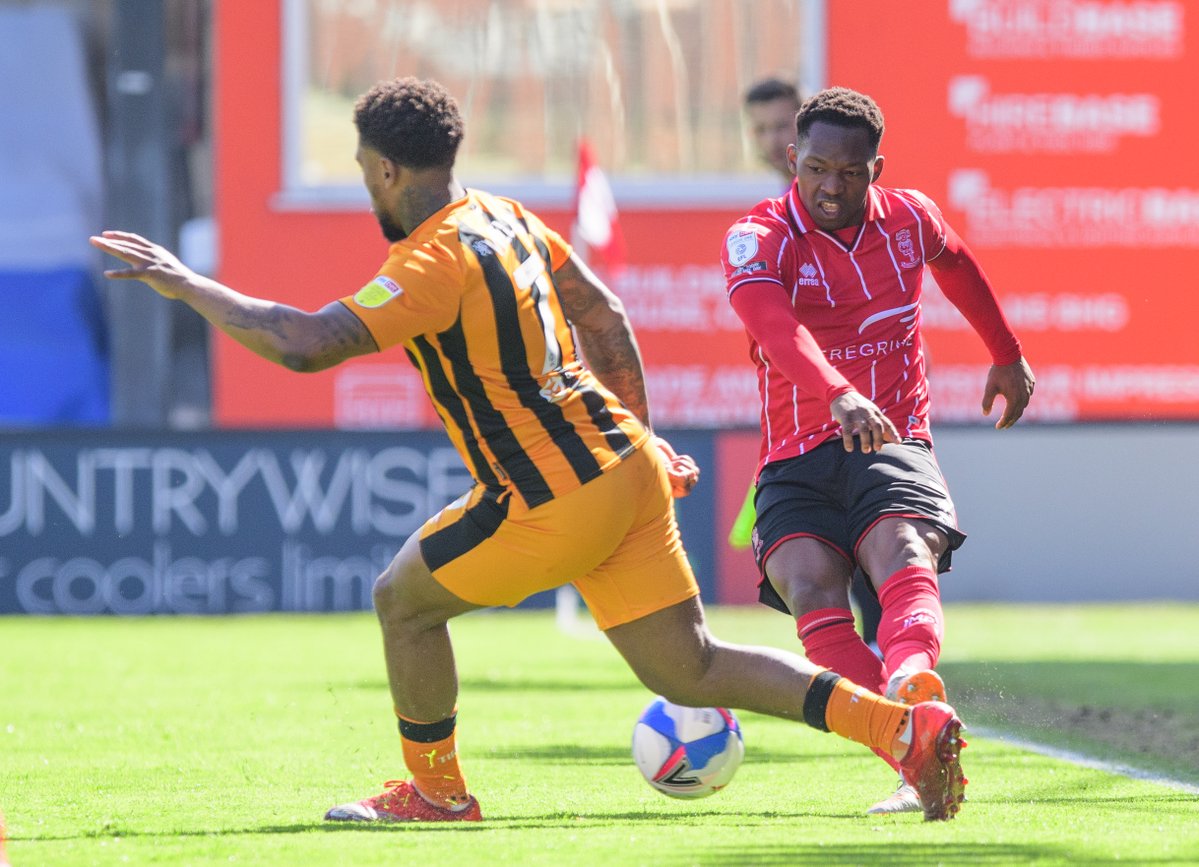 Hull City threatened again in the 36th minute as Mallik Wilks capitalised on a slip by Tayo Edun before cutting inside on his left foot and curling an effort at goal, but Alex Palmer was alert to parry the ball to safety and Lincoln cleared.

City countered in the 45th minute as Brennan Johnson showed unbelievable pace to get to the Hull byline, before chopping the ball on to his left foot, but his shot from a tight angle was blocked by the Tigers' defence.

As the half time whistle approached, City had two fantastic chances to level the scores but two brilliant pieces of defending from Hull City defenders prevented the home side from notching the equaliser. Tayo Edun teased a dangerous ball into the box before Anthony Scully and Brennan Johnson had goalbound efforts blocked.

The Imps started the second period confidently and on the front foot with lots of posession as Hull City looked to preserve their lead.

The men in red and white had a penalty shout in the 55th minute as Callum Morton appeared to get to the ball first in the box before Callum Elder, but as the centre forward looked to have been clipped, the referee waved away the appeals.

As Lincoln City continued to press for the equaliser, it finally arrived in the 65th minute through Lewis Montsma and it was a terrific finish from the centre half. Brennan Johnson's deep corner was met by the Dutchman who volleyed home from six yards to make it 1-1. 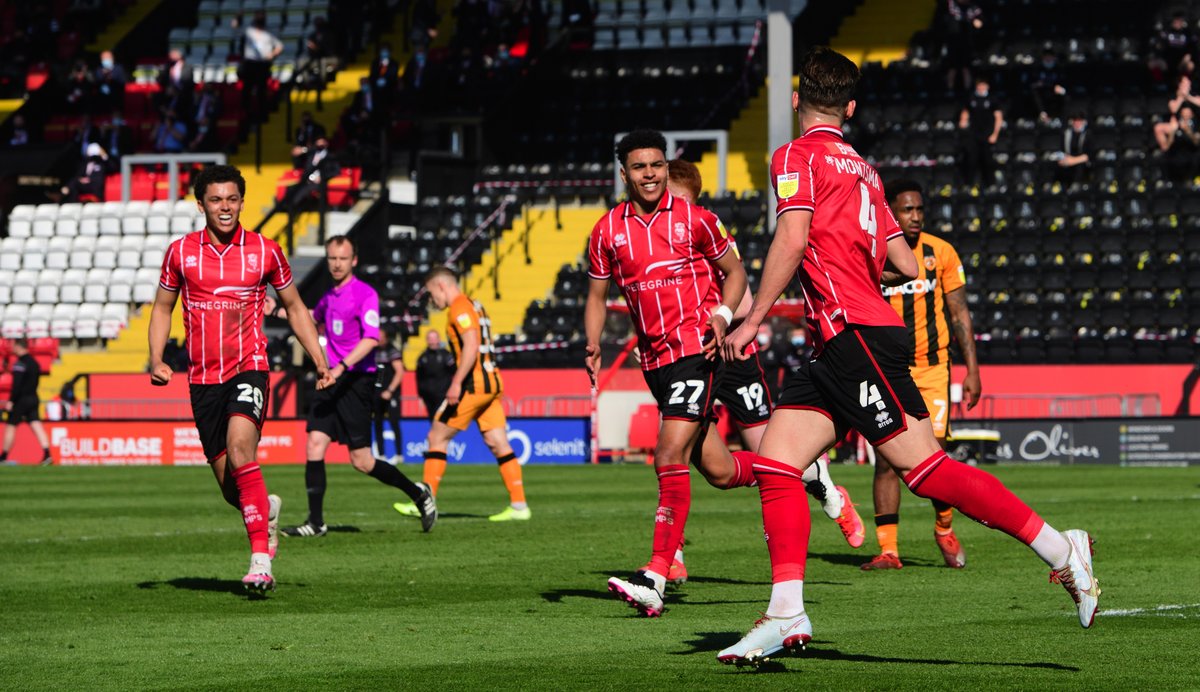 The equaliser brought the game into life as both sides were pushing forward for the next goal in this match.

Mallik Wilks remained a handful for the Imps defence as he showed great strength and pace to hold off his man before firing a left footed drive at goal, but Alex Palmer was on hand to make a comfortable stop.

Michael Appleton freshened up his midfield by substituting on James Jones and captain Liam Bridcutt in place of Tayo Edun and Conor McGrandles.

Lewis Montsma had another shot on target in the 76th minute as he struck a free kick from fully 35 yards, but the powerful strike was well stopped by Matt Ingram.

As the home side gained further momentum, Tom Hopper was subbed on as Appleton's men searched for the winning goal. 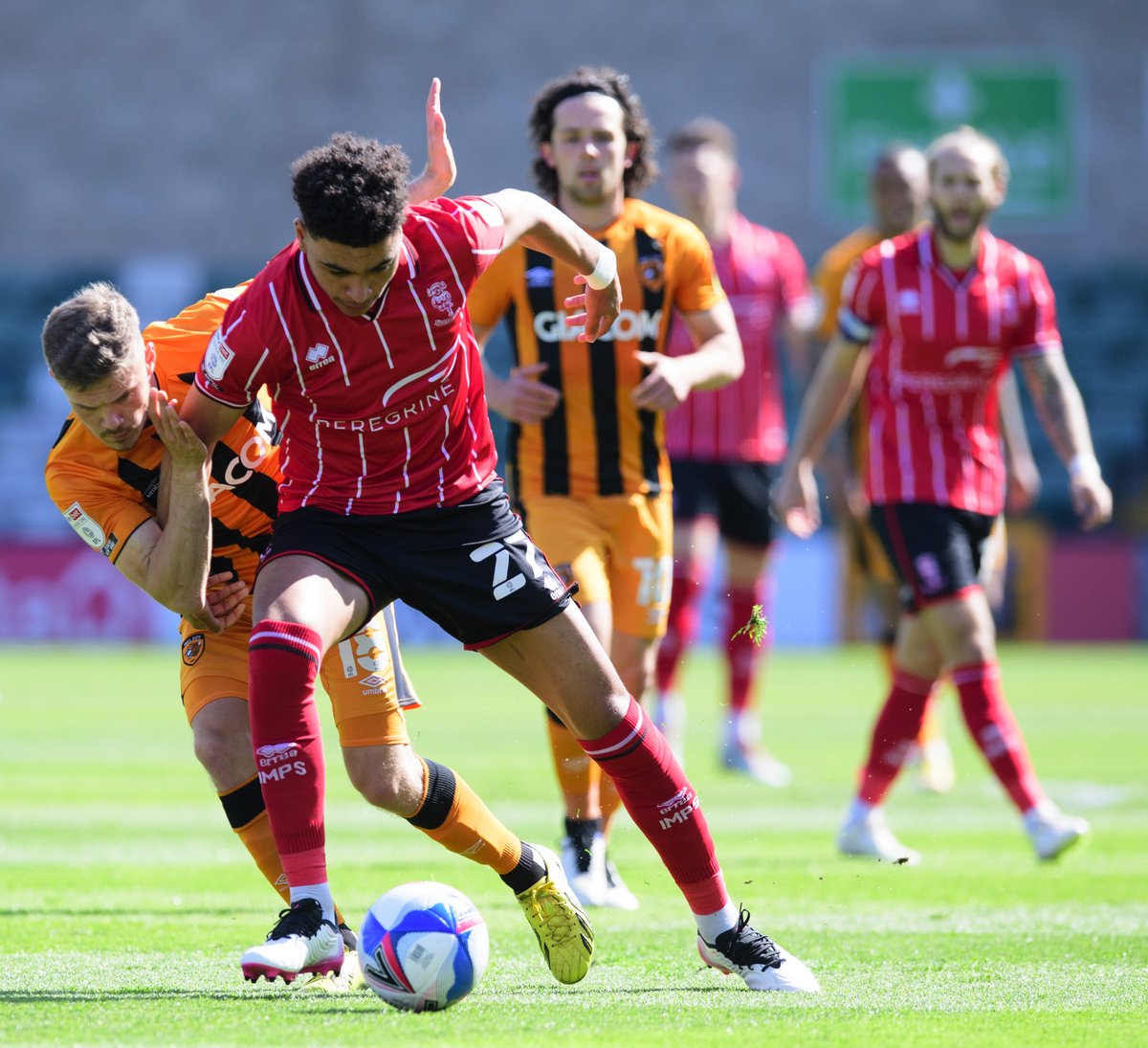 Just as the Imps looked the most likely to net next, Hull City were awarded a penalty as Regan Poole fouled Tom Eaves in the area.

Mallik Wilks stepped up to take the penalty and confidently passed the ball into the net to put Hull 2-1 up.

Alex Palmer was alert once more to make a stunning save in the 86th minute. Mallik Wilks slipped in Tom Eaves and the Imps' number one got a toe to the ball to prevent Hull scoring a third.

Lincoln City continued to attack and were inches away from a deservedond equaliser. A mistake from the Hull defence presented Brennan Johnson with the ball and he beat his man before firing a shot towards goal, but his effort agonisingly hit the post.

The visitors held on for the victory at LNER Stadium and this result ensured that Hull City were promoted back to the Championship.