With our game against Liverpool in the Carabao Cup 3rd round being broadcast exclusively live in the UK on Sky Sports we are delighted to announce The Imps will also be shown on TV's in over 140 territories around the world.

With the domestically based coverage for fans being broadcast to fans on Sky Sports and NowTV it means that the game between the Imps and the Premier League Champions will not be shown on iFollow. Only audio match passes will be available for supporters via We Are Imps iFollow and they can be purchased HERE.

Also broadcasting rights around the competition mean that the game isn’t available internationally on iFollow on Thursday night, however, we have been informed by the EFL that there are 41 broadcasters around the world who will be showing the game covering 148 territories.

The game will be shown either live in full or highlights will be available but this will be dependent on the broadcaster, so we would ask supporters to check local listings.

Across much of mainland Europe the game will be shown on beIN Sports, DAZN and the Eleven Sports Network, with coverage in sub Saharan Africa being provided by Supersport.

In the USA and South America, ESPN and BAMTech will be showing the game and in Central America, Sky Mexico will have footage of the game.

Whilst in the Southern Hemisphere, beIN Sports, are covering the action in Australia and New Zealand.

So, wherever you are watching from on Thursday, we thank you for your tremendous support. 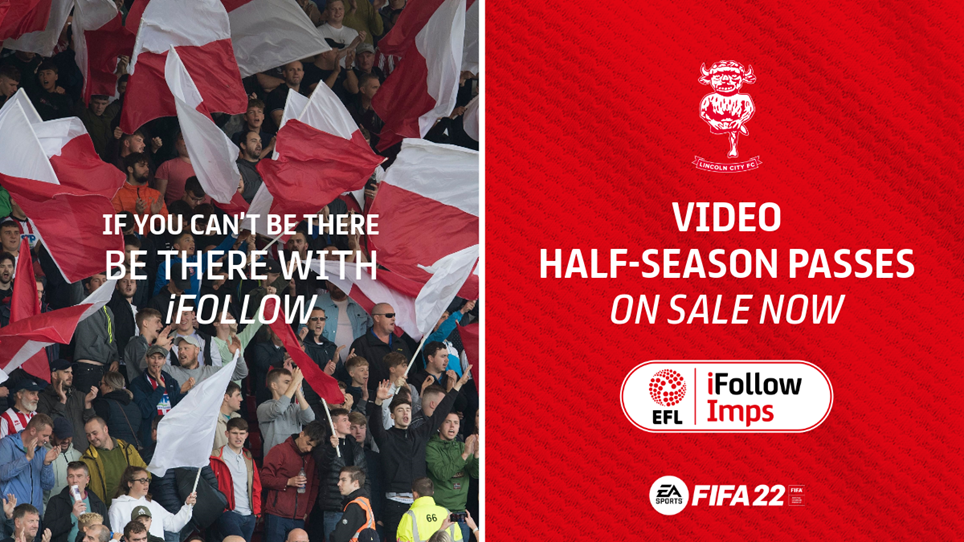 
Supporters overseas can now purchase a half season pass for iFollow, bringing you closer to the action!


The Imps are in the hat for round two of this season’s Carabao Cup after defeating Crewe Alexandra this afternoon.