The Imps secured their seventh set of three points this season with a 1-0 win over Crewe Alexandra this evening.

Harry Anderson scored the decisive goal in the 40th minute with a well taken strike from the edge of the box.

The Imps winger was over the moon to get on the scoresheet at Alexandra Stadium, scoring his first league goal of the season.

“I am really happy to have scored the winning goal and we stuck in there to get the win which is really important.”

The 23-year-old continued by speaking about his side’s performance, praising his teammates for their hard work over the 90 minutes this evening.

“We are playing good football and we are confident in our ability when we work hard.

“They threw a lot of players forward and put pressure on us by going direct, we stood up to it and managed to keep the clean sheet which is good.

“We had a lot of chances, we just needed to take them in the first half. It is really exciting playing for the club at the moment, especially with the way we are going forward.”

Harry finished by looking ahead to Saturday’s Sky Bet League One game against Doncaster Rovers at the Keepmoat Stadium. The fixture is available to watch LIVE on WeAreImps iFollow, Imps supporters can get their match pass HERE.

“We take every game as it comes,” explained the City number 26.

“We have a tough opponent on Saturday, but we are looking forward to it and we will work hard in the week ahead of the game.”

Get your WeAreImps iFollow match pass HERE to watch all of Saturday’s game against Doncaster Rovers LIVE.

Harry Anderson’s away kit is sponsored by McCarthy Pluming

Harry Anderson: It was an honour to captain Lincoln


Harry Anderson was delighted to captain the Imps at the weekend, describing the experience as an honour on his 185th appearance in a City shirt. 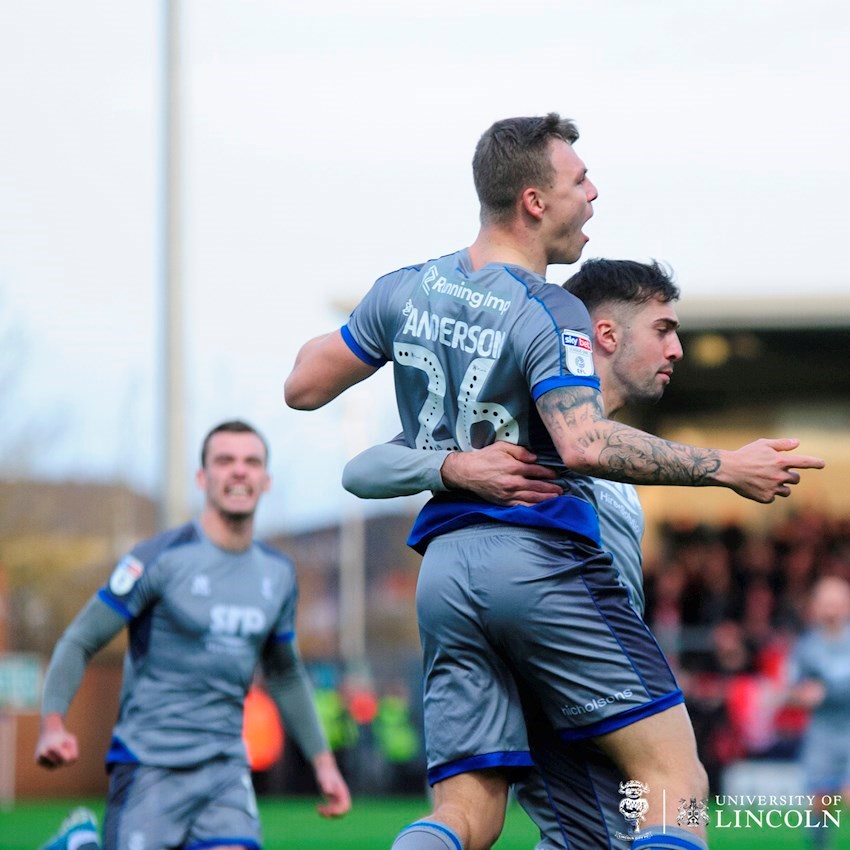 'It was a fantastic performance'


Harry Anderson was delighted that City got back to winning ways this afternoon in the 2-0 win over Burton Albion. The Imps’ number 26 scored the opening goal in the win over the Brewers at the Pirelli...