The Imps’ lead Professional Development Phase Coach, Tom Shaw, is looking forward to seeing some of the bright young talents from within the Academy taking to the pitch at the LNER Stadium on Wednesday night against Leeds United.

A mixture of City’s best schoolboys and first year Scholars will take to the field against a strong Leeds United U16’s side, which will provide a real challenge for our youngsters.

The Imps’ Under 18’s defeated Rotherham United at the weekend in the EFL Youth Alliance and Tom admits that because of their positive start, it has been difficult for some of the Under 16’s to make their Youth Team bow.

“We’re on a good run of form at the moment and the lads are brimming with confidence,” Tom said. “We want to give all our players as many opportunities as possible to test themselves, experience as much as they can and develop as players. So, for some of our younger players within the schoolboy programme and our first year scholars to have the chance to face Leeds, who have recently been awarded Category 1 status, it represents a brilliant challenge for them.

“Unfortunately, we will be without first year Scholars Ethan Hilton and Josh Simpson on Wednesday night through injury but for the boys who are involved it’s a great opportunity against tough opposition. The game is a real step up for the lads and for everyone except Hayden Cann, it will be their first chance to get out onto the pitch at the LNER Stadium.  It is also a chance for us to look at a couple of players who have been recommended to us as potential scholars for next season.”

Imps’ fans can help support the academy and help support the potential Imps of the future  by purchasing a 50/50 ticket ahead of the game, with half of the proceeds going directly to Lincoln City Academy. To get your ticket – CLICK HERE 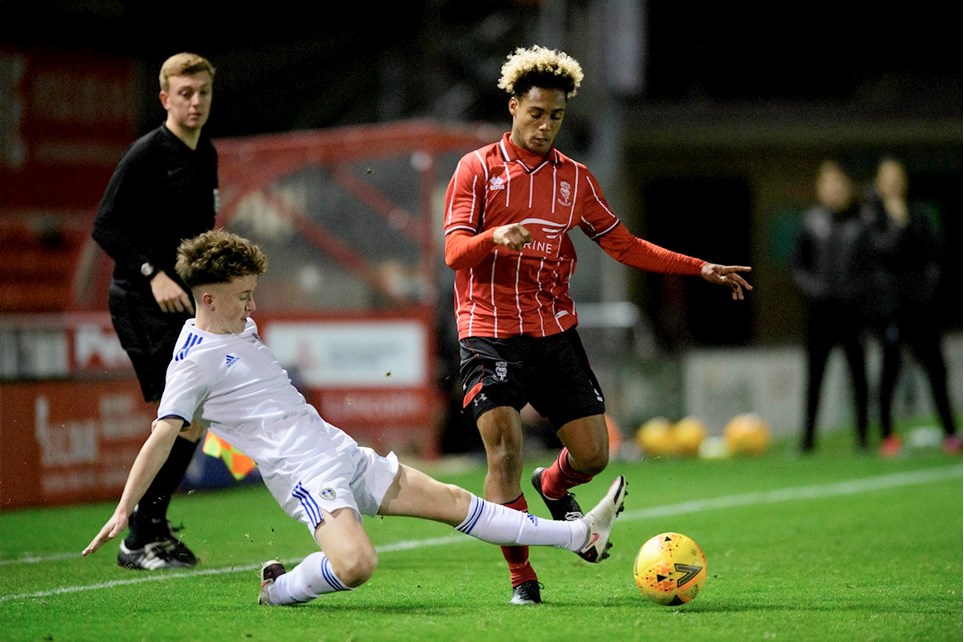 
Four first half goals helped a young Lincoln City Academy XI to a 4-0 victory over Leeds United Under 16’s.