The Imps secured their place in the Emirates FA Cup Second Round draw this afternoon with an exciting 6-2 win over Forest Green Rovers.

There were four different Lincoln goal scorers on the day with Jorge Grant and Anthony Scully both scoring a brace as well as Brennan Johnson and James Jones finding the back of the net.

Theo Archibald started for the Imps, putting in an impressive performance at LNER Stadium.

The winger praised his side’s performance describing the game as an ‘emphatic’ result.

“I think it was important for the boys who haven’t played as many minutes because the game was an opportunity to get out on the pitch.

“We played well today; it was an emphatic result.

“We are still critical of moments in the game where we dropped off and we are not happy to have conceded but we are into the next round of the cup and that is a very good feeling.”

Theo continued by discussing his teammates attacking efforts this afternoon: “There were a lot of good goals and phases of play today, we put in a good performance, it was excellent from the team.

“The first goal was a fantastic strike from Jorge (Grant), I have been waiting for him to score something like that for a while, he did well today. There was nothing the goalkeeper could have done; it was rifled into the top corner.

“The gaffer has said that we haven’t been clinical enough so scoring six goals was good today, hopefully we can continue that going forward.”

The 22-year-old finished on a personal note explaining how he is learning a lot at the Soper of Lincoln Elite Performance Centre. Theo also added that he is excited for Monday’s Emirates FA Cup Second Round draw but his main focus is on the Imps' next game.

“I feel like I am developing on and off the field," said Theo.

"The club is an exciting environment to be in and we have a real buzz around the place.

“We have confidence as a group and want to achieve something really good. We will watch the draw on Monday and be excited for who we can get in the next round, we will fancy whoever we get but the main focus is on our next game.” 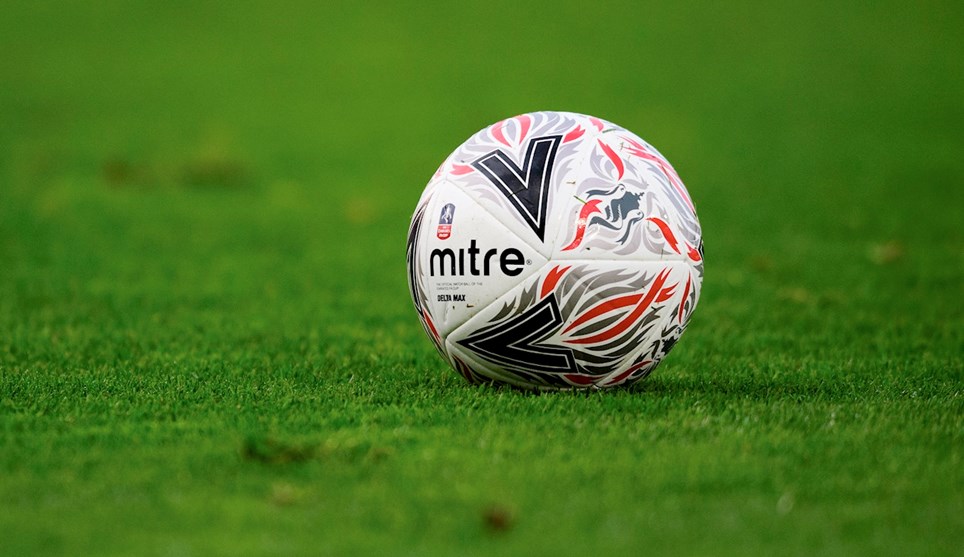 
Tonight's Emirates FA Cup Second Round draw has put the Imps up against Plymouth Argyle at Home Park.