Now two months into his loan spell, Conor Coventry admits he has learnt a lot about himself as a player and a person since joining the Imps during the January transfer window from West Ham United.

“I think it’s great just to learn, playing for a crowd like the one here. As a player everyone wants to be cheered on all game and that’s what the fans here do, it’s non-stop and it’s something I think all of us really admire.” He said.

Although the young Republic of Ireland under 21 international says he’s keen to get more minutes on the pitch, he has experienced a lot so far which has been beneficial to his on and off pitch experiences and is looking forward to seeing out the loan spell with The Imps on a high.

“It’s quite scary getting the call and moving away from home. I’ve been at West Ham since I was 10 so I have never really known anything else, even just to come here with a new bunch of players it’s a bit daunting.

“All the staff and all the lads at the club have made me feel really welcome straight away and I think I’ve settled in well.”

Coming from West Ham’s under-23s setup and playing against players his age it has proved to be quite the change for the Londoner having moved up to Lincolnshire but it has helped living with his former Hammers teammate Anthony Scully.

“Obviously, it is very different from the under-23s and you need a few games to get into it. I feel like I have adapted now, and I think I’m ready for it now.” 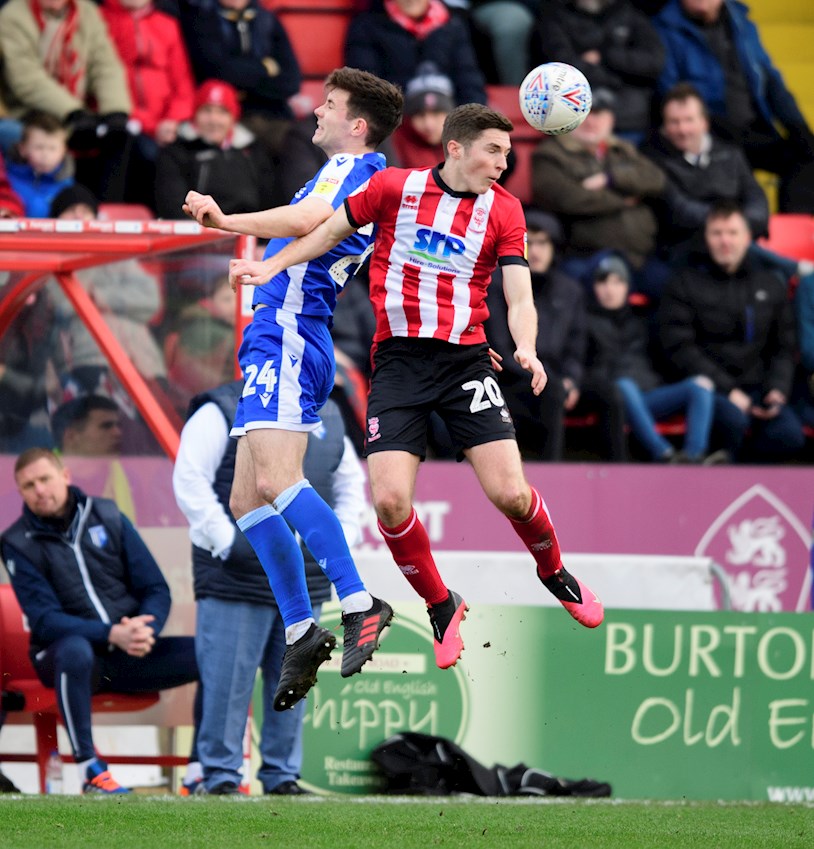 After having a two-week break from league action Conor is keen to get back out onto the pitch in front of the home fans.

“Sometimes the games are so close to each other it’s hard to work on the training ground but because is more Saturday games now it’s easier for us to all work towards the next game. Instead of trying to get your body right you can just work on what you want to work on for the next game and prepare for that.”

This evening, supporters will get the chance to meet Conor and a number of the City first team squad as the club store at LNER Stadium will remain open for fans to meet the players, purchase merchandise and of course tickets ahead of this weekend’s game against Burton Albion. Conor is looking forward to meeting some of the fans tonight and admires the dedication they show to the Imps.

“There’s a few of us going to meet the fans tonight.” He said. “If they’re coming out to meet you it means they care about the club which is great to see, so it should be a good night.”

If you aren’t coming down to the Stadium this evening, tickets are still available for City supporters to purchase ahead the game against Burton Albion at LNER Stadium, they are available from the club store until kick off on Saturday or online via Eventbrite, to purchase your tickets online click HERE.