Lincoln City’s Academy put an impressive performance on display as the hosts defeated Scunthorpe United’s Under 18's at Riseholme Campus on Saturday morning.

The young Imps emerged victors in an eight goal thriller, and benefited from great performances by Jack Brown and Jovon Makama who each scored two while Tobias Liversidge and Lewis Inglis were able to add one each.

For the first few minutes, City allowed the visiting side, who had won seven of their nine league matches so far this season, to take slight control of the game without being overly threatened to fall behind early on. After a couple of chances for Scunthorpe’s youngsters, seemingly out of nowhere, Lewis Inglis found some room to charge into the box and crossed the ball beautifully to Jovon Makama who finished successfully to put Lincoln ahead after 12 minutes.

As a result, the home team gained more control and was rewarded in the 21st minute when Liversidge found Inglis whose blocked attempt bounced right in front of Brown who seized the opportunity to double the early lead. Only two minutes later, The Imps were awarded a penalty, which Makama converted with to make it 3-0. City were in control at this point and continued to pressure the team ranked second in the table.

That pressure paid off when an ill-fated clearance was picked off by Inglis who executed a perfect lob from around 35 yards to give the hosts a 4-0 lead just past the half hour mark. At this point, the fourth goal seemed to kick start the Iron back into the contest and pulled one goal back before the break to give them an opportinity to bounce back in the second half. Even though Sam Long saved a huge chance just three minutes prior, it was a deflected shot that beat the Lincoln goalkeeper to pull Scunthorpe one closer in the 42nd minute.

That goal just ahead of the break clearly gave the visitors an added impetus a they started of the second half brightly and undoubtedly they had not yet given up on a gigantic comeback and their hopes were further raised when they were awarded a penalty. The deficit was subsequently cut to two as drama started to build at Riseholme College.

The Imps didn't bow to the pressure as they showed some great maturity in a game that had potential to teeter suddenly. Although Scunthorpe did their best to asset their control on the game but never seriously threatened Sam Long and the Imps’ defence.

To the contrary, it was actually the Lincoln City who were able to extend their lead in the 78th minute when again Inglis delivered a lofted pass to Liversidge who skilfully controlled it before converting confidently. Although it was late in the game, the young Imps weren't taking their foot off the gas as Jack Brown from capitalised on one more opportunity from outside the box with a powerful shot which cannoned in off the post to round out a good performance for the Young Imps. 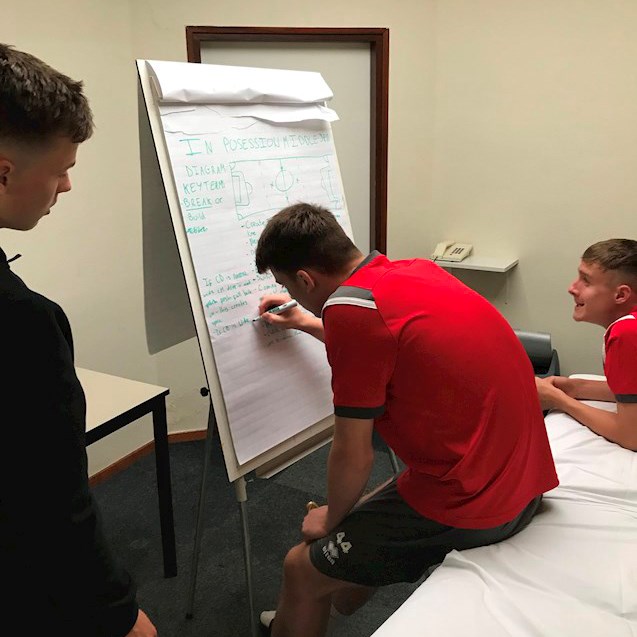 
Lincoln City will be holding open training sessions for goalkeepers falling within the Under 7 - Under 14 age groups for the 2021/2022 season.


Lincoln City will be holding an open training session for outfield players falling within the Under 6’s and Under 7’s for the 2021/2022 season. 
We can now announce the intake of 9 new first year scholars ahead of the 2021/22 season. 
On Thursday the 1st of July, the youth team were welcomed back to Riseholme to begin pre-season for the upcoming 2021/22 season.