The Imps latest signing, Liam Bridcutt, is looking forward to a successful loan period at a club which he says clearly matches his ambition.

The midfielder who has experience across the top three tiers of English football, as well as international recognition in over 12 years as a professional to date, says that after a chat with Michael Appleton his mind was quickly made up to come to LNER Stadium despite offers from elsewhere.

“The main reason [for joining] came after speaking to the manager, he’s a manager who I’ve followed during his career and he’s had some really good clubs. Another big selling point for me is that I spoke to Tyler Walker and he was singing the manager’s praises and the club and that all sold it to me.” Liam said.

Liam, 30, is excited to get out onto the pitch in front of the Imps’ fans and show them what he’s all about and that eagerness was palpable as he looked forward to joining up with the squad for the first time next week, ready for the remainder of City’s 2019/20 Skybet League One campaign.

“I’m excited. Through my whole career I’ve just wanted to keep playing games and keep learning and hopefully I can keep progressing in my career. With the manager’s ambition, drive and knowledge of the game and my experience and quality, hopefully together we can achieve great things.”

Liam's first taste of Skybet League One action in an Imps' shirt could be in the home game at LNER Stadium next Friday against Rotherham United.

Tickets are still available for the game within the club store at Sincil Bank or online by clicking - HERE.

The game against The Millers is also available to watch on WeAreImps iFollow both for domestic and internationally based Imps fans, to buy your video match pass for just £10 - CLICK HERE

Liam Bridcutt: It's always good to be out on the pitch


Imps captain Liam Bridcutt is pleased to be back involved in the action following a period side lined through injury. 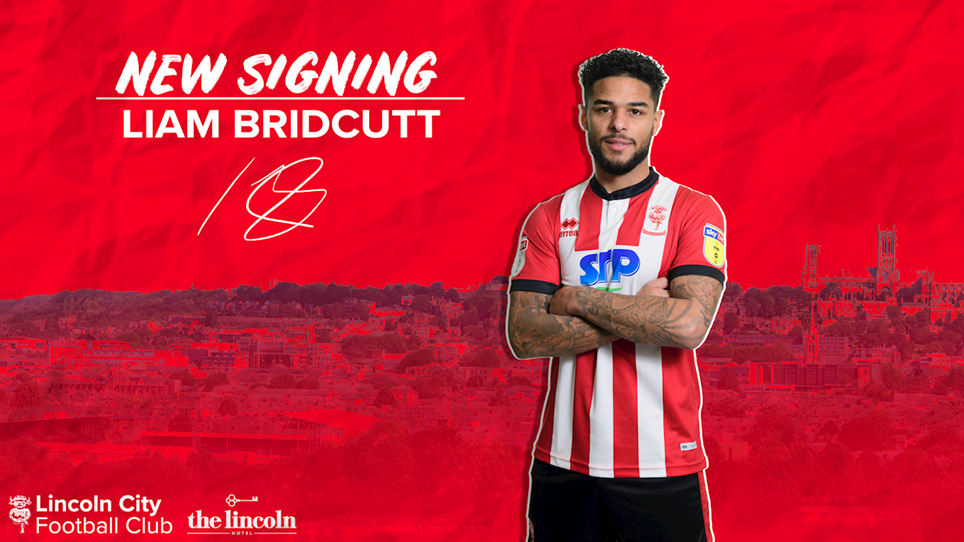 
The Imps can tonight announce the signing of experienced Scotland midfielder Liam Bridcutt from Nottingham Forest on loan until the end of the season.