Imps boss Michael Appleton was delighted with his sides performance as they thrashed Bolton Wanderers 5-1 in SkyBet League One action at LNER Stadium this evening.

Appleton was pleased with City’s reaction in the second-half following a quiet end to the first half.

“I thought we were excellent in the first 30 minutes, we played great football and got the goal,” said Michael.

“We became a little bit sloppy because of the break-in play, it took it out of us, and our focus went a bit. We passed it back too much from there for my liking.”

The City boss went on to speak about how Bolton’s change in formation allowed the Imps to use their game plan to their advantage.

“I suppose the change they made ignited us to do what we wanted to do,” explained Appleton.

“They went for it with a 4-2-4 by bringing O’Grady on and they wanted the ball forward early. That made us make a quick decision and I told the lads I would get big John (Akinde) ready so we could go for a 4-4-2.

“I made sure we were better on the ball and that was the case, we had a good 25-minute spell and I was pleased with that.”

Michael continued by speaking about Bolton’s attacking threat: “They scored from their only shot in the game but once Tyler got the goal we settled down and we played very good football, we caused a lot of problems for them from that point.

“I didn’t see them scoring unless it was from a 25-yard shot, Politic looked dangerous for them and he had a few efforts from there, as a manager you can only accept that if one of them goes in.”

Harry Anderson kicked off the scoring after just seven minutes when heading home his sixth goal of the season. Appleton discussed the winger’s fitness after missing out last Saturday in City’s 1-1 draw at Shrewsbury.

“We made a decision over Harry (Anderson) yesterday, we wanted to see if we would wait until the weekend, but I spoke to him and he said he felt good, so he started tonight.

“He isn’t completely healed but we looked after him off the grass last week, so he was ready for the game tonight. We will see how he recovers now before Saturday against Blackpool.

“We know how dangerous he is and so do the opposition, I want him to play on the front foot. He will make decisions which are bad at times but that’s who he is, having said that though his pass for the fourth goal was very good.”

Michael continued by speaking about his players, discussing the attacking options Lincoln have in, John Akinde, Tyler Walker and Tyreece John-Jules.

“Tyler is in a good space, it helps that Tyreece has come in because we now have more competition there,” said Appleton.

“I know I can rely on them both to work out of possession, I trust them to do a number of things.

“Tyreece had a groin problem tonight, he hasn’t got worse since Saturday, but I didn’t want to risk it tonight and I think he was cautious about it too. You get good indications about injuries because of how the player feels.”

“John is having a big impact off the bench and he makes a big difference when we need him. I thought he showed his quality tonight.”

The Imps manager finished by explaining how Saturday’s game will be a difficult one for City as they host Blackpool.

“I hope we can take the performance from tonight into Saturday’s game against Blackpool,” said Appleton.

“We need to focus on us, and the fact we have a lot of home games should give us a good opportunity to do that.

“We are going game after game. We are having a great spell, but we need to work on little targets. It sounds boring but they are very tough side and it will be a difficult game.” 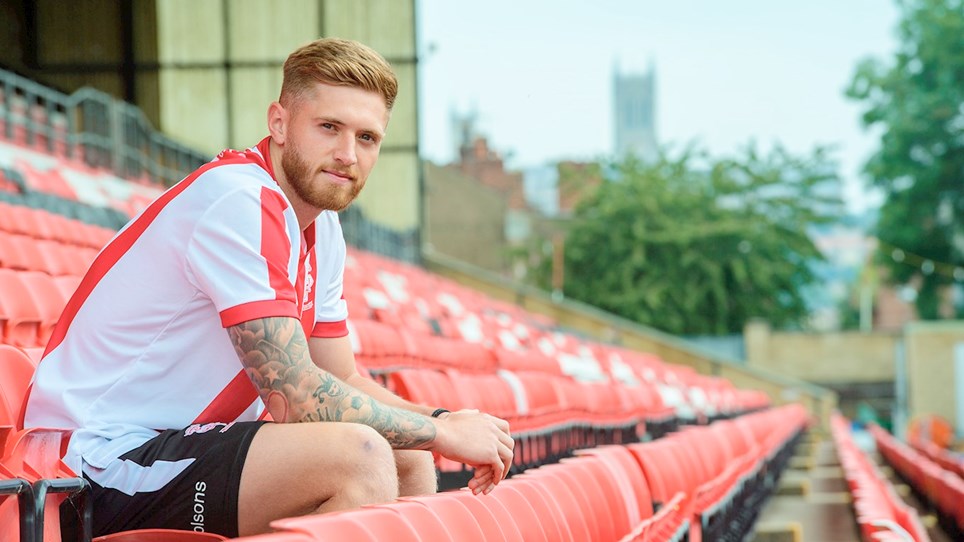 The Bishop of Lincoln


Ted Bishop has settled into life as an Imp even better than he thought as he faces his boyhood club Ipswich Town this weekend. 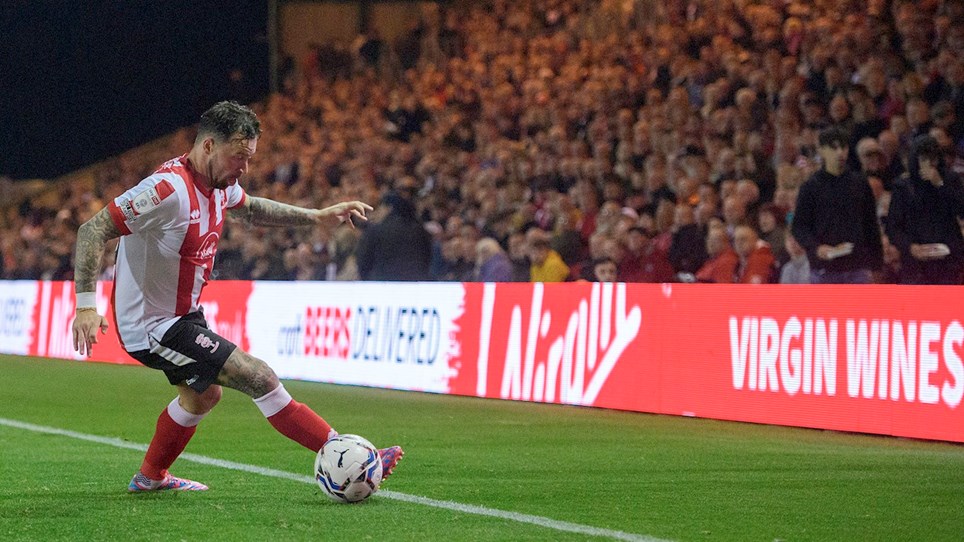 Appleton: Maguire will only get better


Michael Appleton believes Imps fans will love Chris Maguire - after he marked his first start for the club with an assist. 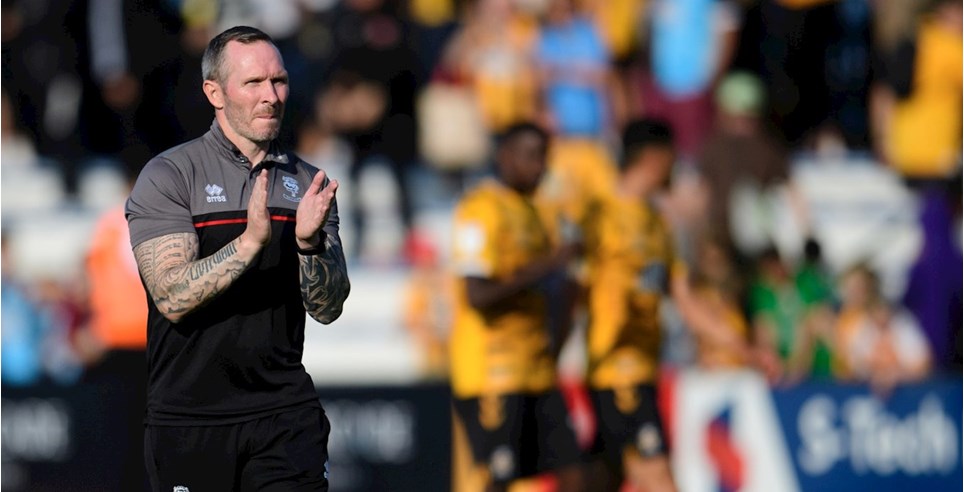 
Imps boss Michael Appleton believes the international break allowed his side to reset before they travelled to Cambridge United this afternoon. 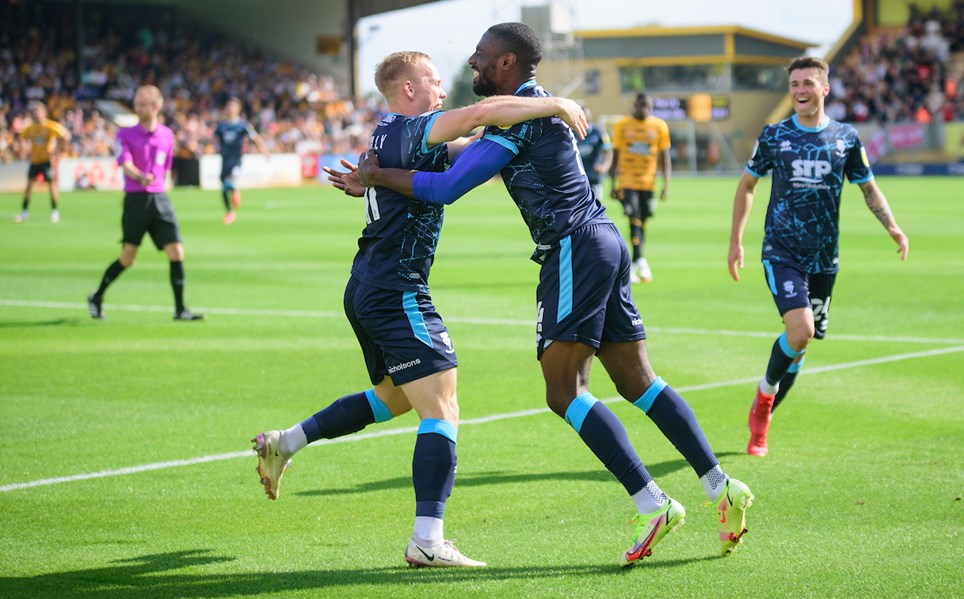 Hakeeb Adelakun: We were ruthless


Hakeeb Adelakun has praised his teammates as the Imps picked up three points on the road with a convincing 5-1 victory over Cambridge United.