City midfielder spoke of how he enjoyed the game on Saturday against Gillingham in tough conditions against big and physical opponents.

The 19-year-old loanee made his sixth appearance in an Imps’ shirt against The Gills and said he was pleased to help the side pick up a point against a side who are in a positive mood following a run of good results at home and on the road.

“As we know they’re on a great run of form so it was a tough battle so getting a point in the end, it has to be seen as a good point gained.” Conor said.

The windy conditions appeared to worsen as the game wore on and the Republic of Ireland Under 21 international said that it certainly made things difficult for City in the second half.

“First half, we passed them off the pitch at times and we did really well but in the second half they pinned us back and it was hard for us to gain any momentum so I suppose it changed the game a bit in their favour with the way they play. But overall I think we played quite well today.”

Conor made his first start in almost a month and he said it was great to get back out onto the pitch at LNER Stadium but understands with the quality amongst the group at the club, it’s always going to be difficult to cement a long-term spot in the Imps’ engine room. However, he’s enjoying the experience of being away from his parent club for the first time as he grows as a player and as a young man.

“Obviously, like anyone we all want to play and there’s great competition in the team I’ve just got to keep working hard on the training pitch and when your chance comes you’ve got to take it. I think I did ok, I just want to keep getting more minutes and helping the team.

Having his former West Ham teammate Anthony Scully at the club has certainly helped the pair acclimatise to life away from the Premier League side, and there’s no doubt that the striker will be looking to get back to scoring ways after just missing the net for the second successive game.

“Yeah, he’s my good mate. He had a few chances and got himself into some great positions to earn them. They were possibly harder chances than they looked, but he’ll work hard and next time he gets them they’ll go in the back of the net.” 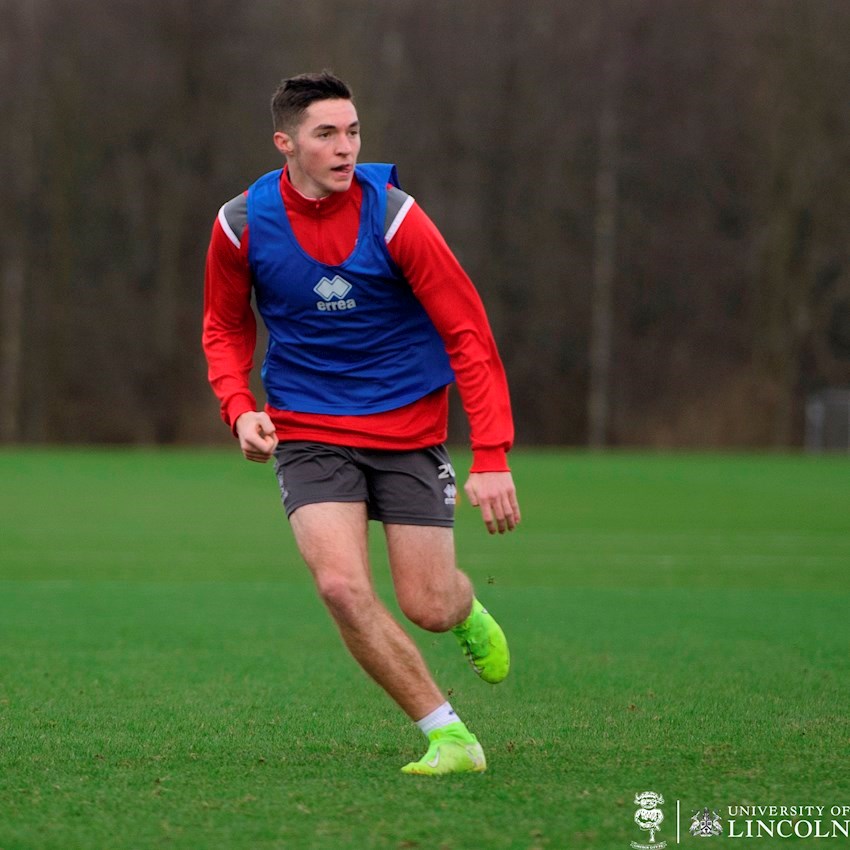 I was made to feel welcome right from the start


Now two months into his loan spell, Conor Coventry admits he has learnt a lot about himself as a player and a person since joining the Imps during the January transfer window from West Ham United.