Ahead of our SkyBet League One fixture with MK Dons, we are able to provide supporters with news of events around the 90 minutes of football at LNER Stadium.

On Tuesday the 11th of February, we will celebrate the impact that young people from Lincoln have previously had on NCS a youth programme aimed at 16-17-year olds and look to future programmes that the foundation is now a provider of.

The awareness-raising campaign, #NCSMatchday, is organised by Lincoln City Foundation, who deliver NCS in Lincoln. In 2019, young people from EFL Trust’s network delivered over 650 Social Action Projects, volunteered over 260,000 hours of social action and raised over £230,000 for local charities and causes.

In 2019, #NCSMatchday reached over 2 million people, with over 450 footballer’s players across the country celebrating NCS and the young people who have given back to the local community.

Keep an eye out for the NCS Officer who will be situated in the University Fan Zone for more information!

A variety of different food options will be available for supporters from 5 O'Clock including Love Coffee, The Pig Rig, Curry Jacks, Grilled Cheeez and Yellow Belly Sausage Co.

The Octagon Bar and the Carling Bar will be serving a variety of alcoholic and soft drinks within the Fan Zone area, which welcomes both home and away supporters. 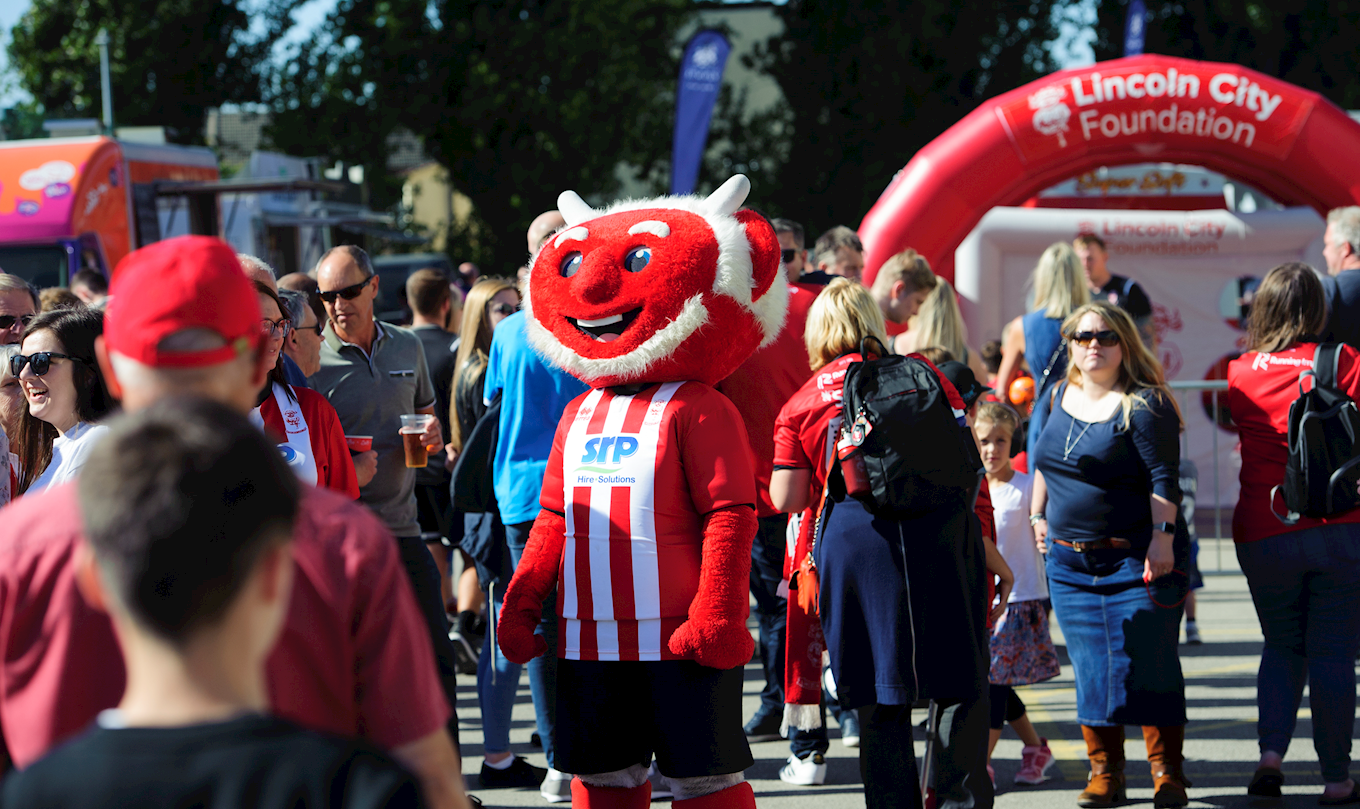 The Family Fan Zone is located next to the main Fan Zone area and will have an inflatable football shooting target for our younger supporters to test themselves.

Make sure you look out for Poacher The Imp who will be around LNER Stadium on match day.

We Are Imps iFollow
Tickets are limited and available via Eventbrite HERE or can be purchased in person at LNER Stadium Club Store.
City fans can keep up with the game LIVE on WeAreImps iFollow with all the action being streamed domestically and internationally, with commentary coming from BBC Radio Lincolnshire Sport’s team of Rob Makepeace and Steve Thompson – For details click HERE.