We are pleased to announce that Zack Elbouzedi has been awarded the Papa John’s Trophy Player of the Round, following an impressive performance in City's 4-1 win over Shrewsbury Town in Round Two.

The Irish U21 international shone in this match, as the 22-year-old midfielder provided two assists and a goal to help the Imps reach Round Three of the competition.

“I’m delighted to win the award,” Elbouzedi said, speaking to the EFL.

“It’s important for the club to win games and do well, but I had a good performance myself and it helped us get through to the next round which is the most important thing for the club."

“The gaffer made a few changes, but everyone who came in did well and showed that when they’re needed they can do a job. It was a good, professional team performance and we really showed what we could do as a team."

The young Irishman has had to work hard to break into the first-team this season, but he certainly grasped the opportunity handed to him by Michael Appleton last time out in the Papa John’s Trophy.

His goal also marked his first for the Imps, and was a memorable moment for the winger.

“It was my first competitive goal for the club, which was brilliant,” he continued.

“There’s a bit of pressure on when you’ve not scored that first goal and that pressure is off me now so hopefully it gives me confidence and it’s the first of many." 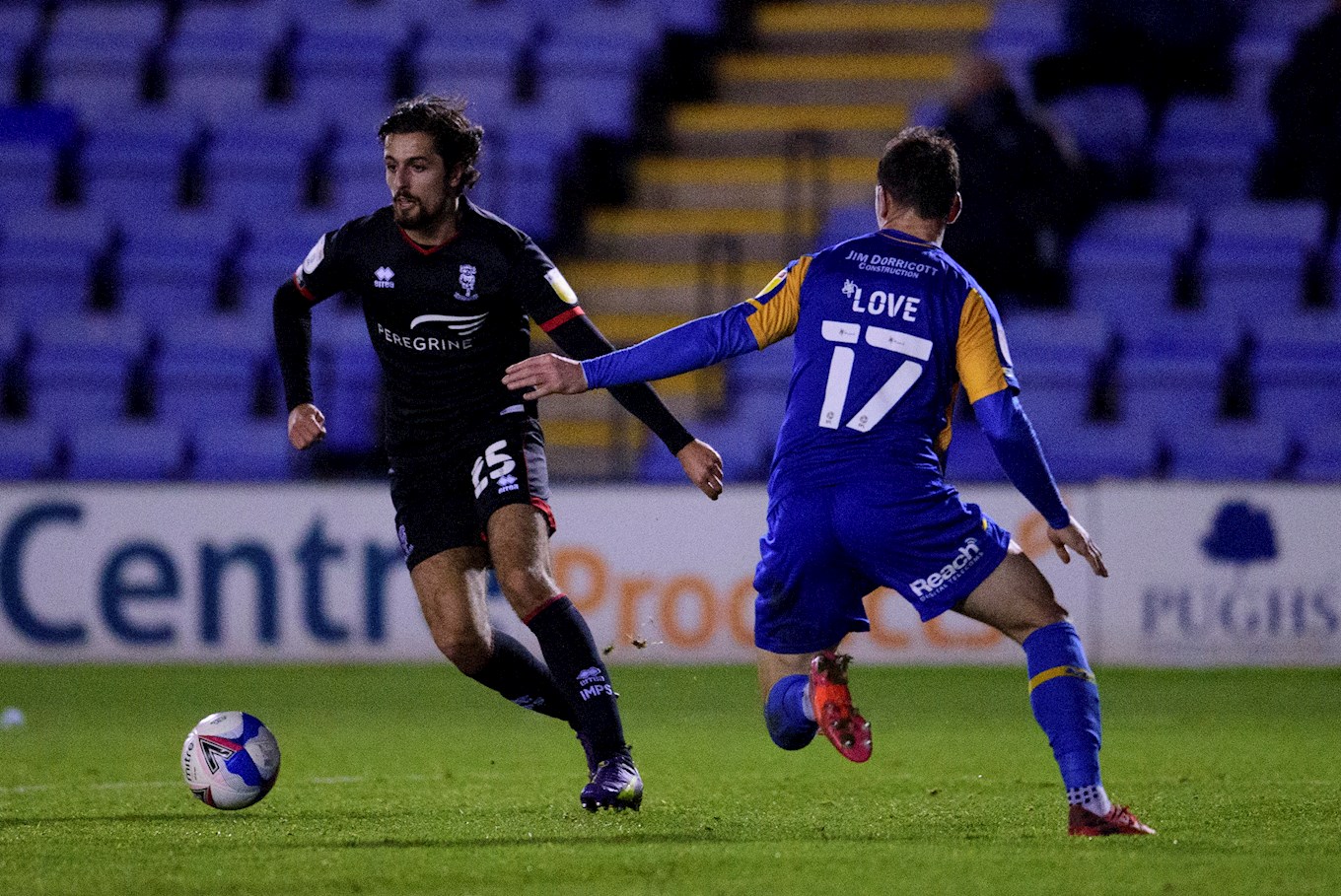 With City flying high in League One, competition for places has players chomping at the bit to be involved, but Elbouzedi has highlighted the cup competitions as his opportunity to prove what he can do on the pitch.

“I’ve missed a couple of games because of international duty, so this competition has been really important for me when I have played in it.

“I want to play as many games as possible and getting far in the cup competitions is great for everyone because it gives us all a chance to play games.

“We want to create a winning mentality for every game. Success breeds success so playing and doing well in the cup competitions can hopefully keep driving us on in the league.”

The Imps are of course no strangers to the EFL Trophy, having won the competition back in 2018. Following a six-year absence from league football, 26,000 Imps fans made their way to Wembley Stadium for the first time, to witness EFL Trophy success against Shrewsbury Town.

One of the most memorable days in the club's history, with one Wembley appearance and one Wembley win, Michael Appleton will be hoping for a repeat of the celebrations that day this time around.

“It’s a chance to play at Wembley, which is a huge stadium and a great day out for the club,” Elbouzedi said, when asked about the competition.

“There are not a lot of chances to win trophies in your career. I wasn’t at the club in 2018, but for them to go on and win it that year in front of all the fans, it was a great day and hopefully we can emulate that this year." 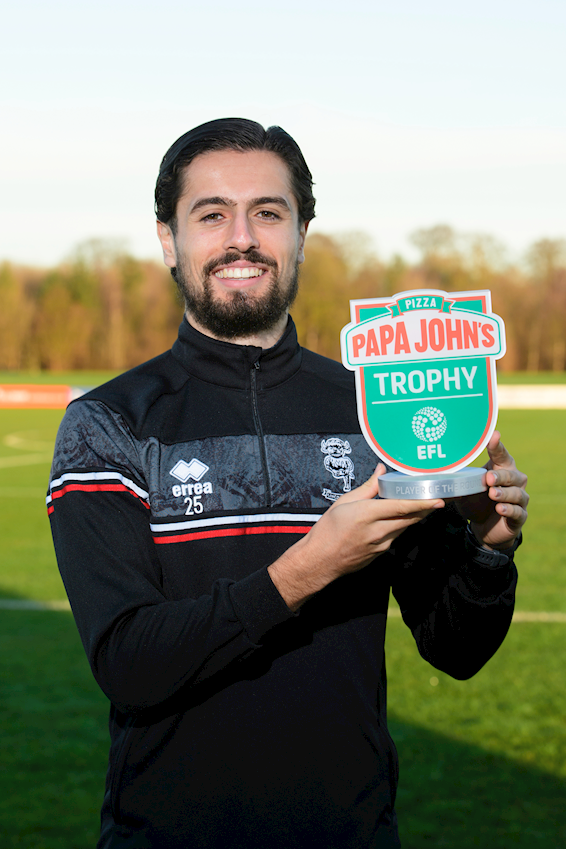 Following a two-year spell with West Bromwich Albion as a teenager, Elbouzedi moved to Scottish side Inverness CT, before returning to Ireland in 2019, but it was always a long-term aim to return to England to play football competitively, as he joined City in January 2019.

“I started playing international football for the Republic of Ireland and that’s where West Brom spotted me,” he explains.

“I signed for them when I was just 15 and spent three years there. It was the first time I had been away from home, which was difficult being away from my family at such a young age, but training with the quality players they had definitely helped develop me as a player and set me up for the rest of my career.  I didn’t make a first-team appearance, but it was good experience for me.

“When I heard about Lincoln wanting to sign me, I did a lot of research about the club, about the fans, the gaffer and what they wanted to do and achieve and it just seemed like the right place for me to progress my career.

"It was a bit stop start for me at the beginning because of the pandemic, but this year I’ve trained better and I’ve played well when given the chance so I feel good now playing League One football.

“This is an ambitious club, but they want to do it in the right way and I like that."

The midfielder has been almost ever-present for the Republic of Ireland’s youth set-up since U15 level, and is now a regular in the U21 international side.

“The experience is great,” he continued, when asked about playing international football.

“Last year was special for us as we only lost one game, but this year we missed out on qualification, only just though. It’s a great experience to be involved, especially now that the Under 21 manager has made the step up to the senior team, it’s great for us younger players. The main goal for me now is to make that senior appearance, but every time I go away on international duty I learn something from other players there, it makes me a better player."

The Imps will now face fellow League One side Accrington Stanley in the next round of the Papa John’s Trophy, and as well as hoping to progress far in this competition, the club currently sit in second place in the League One table, having had an impressive start to the 2020/21 campaign.

"That momentum and the winning mentality has been unbelievable this season and long may it continue. The club want to get promoted but do it in a sustainable way, so that when we do get to the Championship, we can stay there. The management and the way the club is run so professional and I think that’s why they’ve risen up the the leagues in the way that they have."