Michael Appleton believes his Lincoln City side got stronger as the game went on this evening as the manager made his first appearance in the dugout for the Imps against Blackpool.

The City boss spoke about how his side performed well despite suffering a 2-1 defeat to the promotion chasing Tangerines side.

“I think we need a bit of belief but we saw tonight that the longer the game went on the stronger we got,” explained Appleton.

“We are in a situation where we had won one in nine and that has become one in 10 after tonight. The players are not daft, they are human beings and they are a little bit tentative, I would say they are scared to make mistakes.

“I have told them as long as they are doing the right things and performing consistently, if you make an error then make up for that error very quickly and it doesn’t become a problem.

“We knew Blackpool’s biggest threat would come from crossing areas and the one opportunity they got in the second half was from a cross.

“Something we spoke about in the week was staying in games. We need to get into a spell where we find a way to keep the opposition out because for large parts of the game we were comfortable.”

The 43-year-old continued by praising his players for their performance highlighting summer signing Jack Payne for his impressive efforts throughout the game. 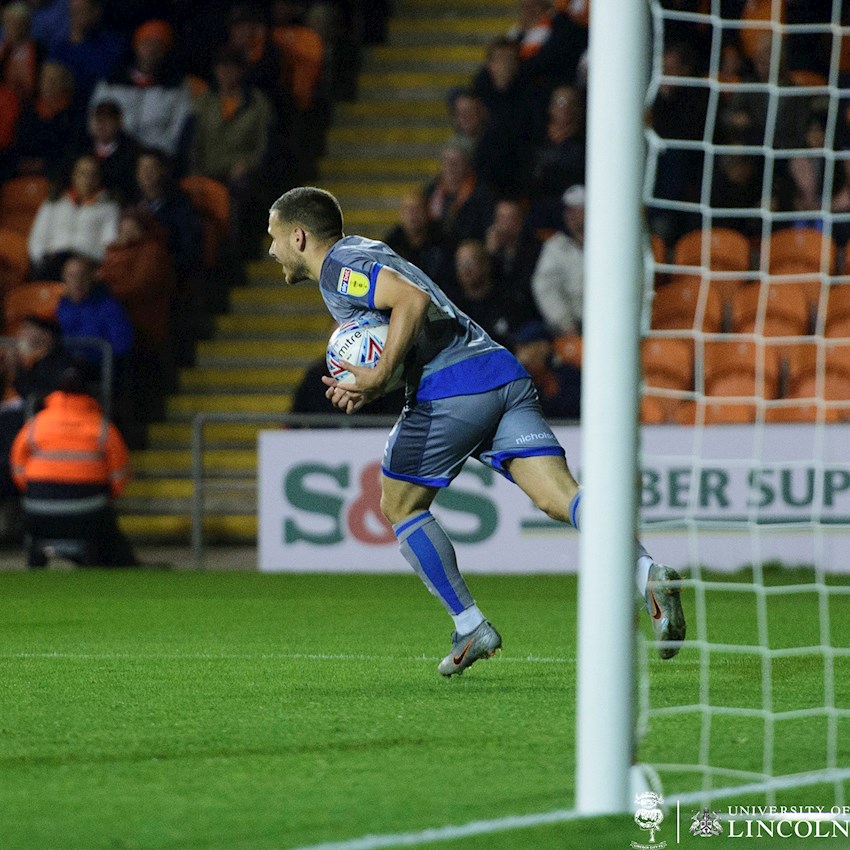 “Jack (Payne) has done ever so well tonight and I even thought he’d scored again in the second half but it’s hit the side netting,” said Appleton.

“That is something we are looking to get from him. I spoke to him in the week and he doesn’t always have to be the link man. I have told him that I want him on the end of things and not just creating chances.

“Young Payney deserves credit because the experience of Jay Spearing got the better of him to start with but as the game went on little Payney got himself in front and started to read the situation.

“The way the whole side reacted was great because they got stuck in and got the goal. From the second half we had an issue with Harry (Anderson) early doors so Jorge came on. That gave us something a bit different because he’s not as direct as Harry and he was very clever to find little pockets.

“Josh (Vickers) has had to make one big save in the second half but apart from that I felt that a goal for us was coming, big Shacks (Jason Shackell) could have had a hat-trick tonight and I think that was the type of night it was.” 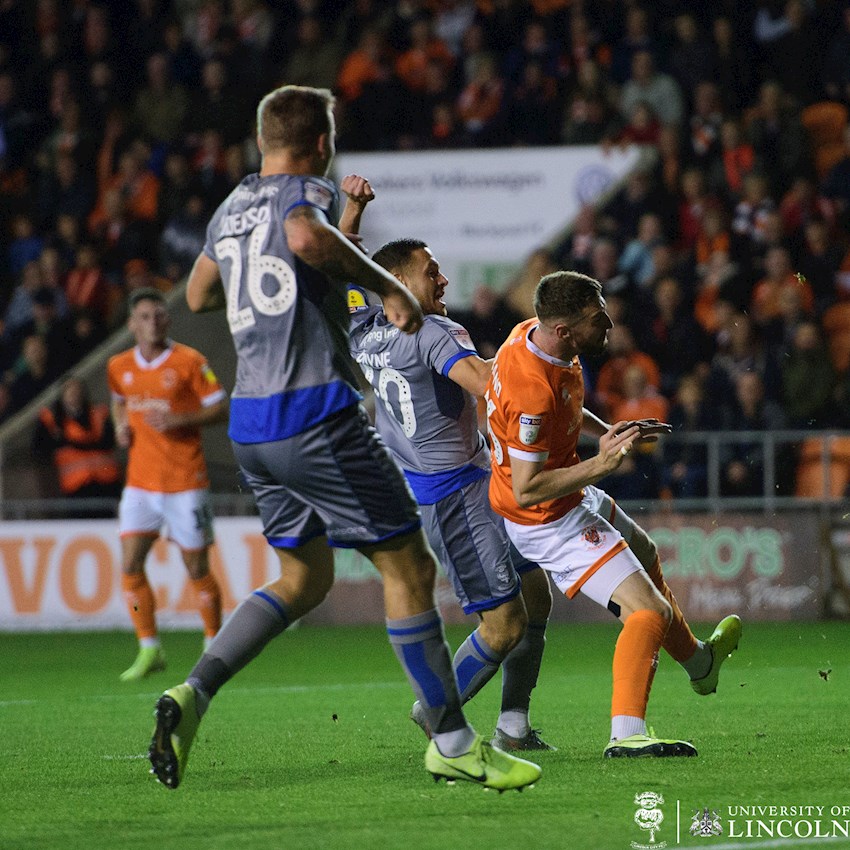 The Imps boss finished by praising the 1,296 City supporters who made the trip to Bloomfield Road, explaining how they provide extra belief to the players.

“The players and all the staff are very grateful for the fans who came here tonight because they were fantastic and got right behind the team,” said Appleton.

“I saw that on Saturday so their support is something I am not worried about because they were behind the lads the whole game. To lose the way we did on Saturday and for the fans to continue the way they did, I have no hesitations about them and that gives the players an extra bit of belief.”

Back Michael and the lads on Tuesday night, as we host Manchester Under-21s. Click HERE to purchase tickets.