Michael Appleton says he is looking forward to the challenge ahead after being appointed the first team manager of Lincoln City.

The 43-year-old who signed a three-and-a-half-year deal at Sincil Bank on Monday spoke to the media in today’s press conference.

Appleton opened by discussing the challenge on offer and how he is hungry for success with the Imps: “I think Lincoln is a club still on the rise and there has been a lot of good work on and off the pitch. The success the club has had between the promotions, from the outside looking in has been really impressive.

“It is a great opportunity and challenge for me to try and do something similar to what I achieved during my three-years with Oxford.

“You won’t see the style of football I finished with at Oxford because the way I started and finished there was very different.

“I will take on the challenge ahead and look to do the basics really well. We will progress once things have settled because I would like to say you will see a side who want to play football and get forward.”

Appleton explained how there is a big different between the quality of football in SkyBet League One and Two.

“There is a lot of work to be done between now and January, League One is a very different league to what the side experienced last season,” explained the Imps boss.

“I have been in this position before when I got promoted with Oxford from League Two, I am under no illusions that it will take a few games for the players to adapt.

“I think the next few games will test the players to see where we are as a club. When you play the stronger sides your performance levels rise and it will be interesting to see if we can compete.

“League One is a different ball game, there is a gap between it and League Two. It is my job to make sure we are stable and competitive at this level before looking to fight to get into the Championship.

“With the backing of the board, I think we can do that and that is why I have signed a three-and-a-half year deal. You have to take a challenge and ultimately, we find ourselves winning one game in nine. I am under no illusions of how difficult the task will be but I like a challenge.” 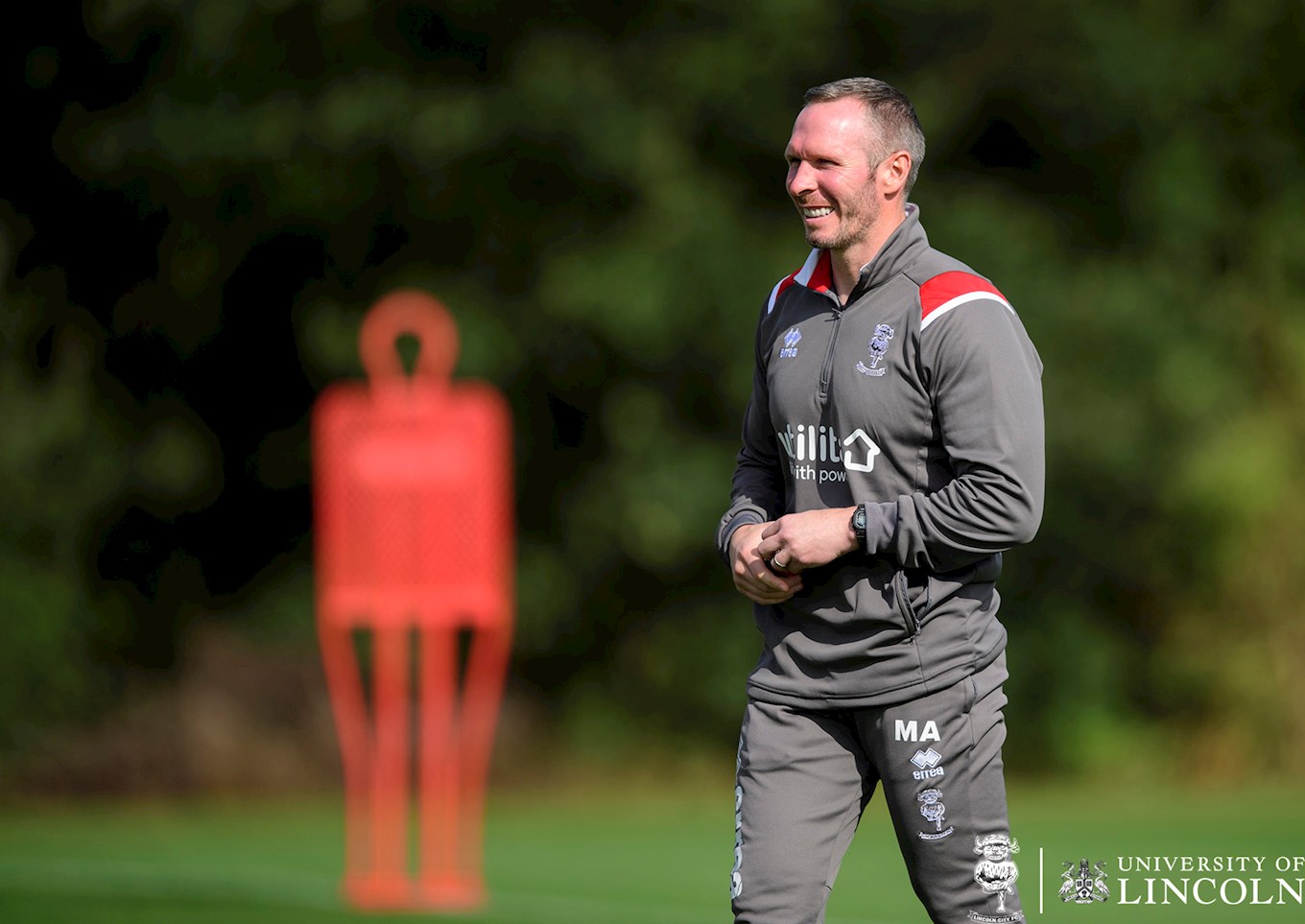 With the Imps currently 10th in the SkyBet League One table, Appleton continued by praising the fans, explaining how they will play a vital role during this season’s campaign.

“The fans will play a massive part over the next few years and I know they played their part before my arrival, especially from what I saw on Saturday” said the 43-year-old.

“We want to create goal scoring opportunities to get them excited and off their seats. If the fans can see a team who reflect them by being hardworking and humble then hopefully they can continue their impressive support.”

Appleton started his playing career with Manchester United where he was sent out on loan to Lincoln City in 1995.

The midfielder finished by speaking about the what attracted him to taking the job at Sincil Bank. 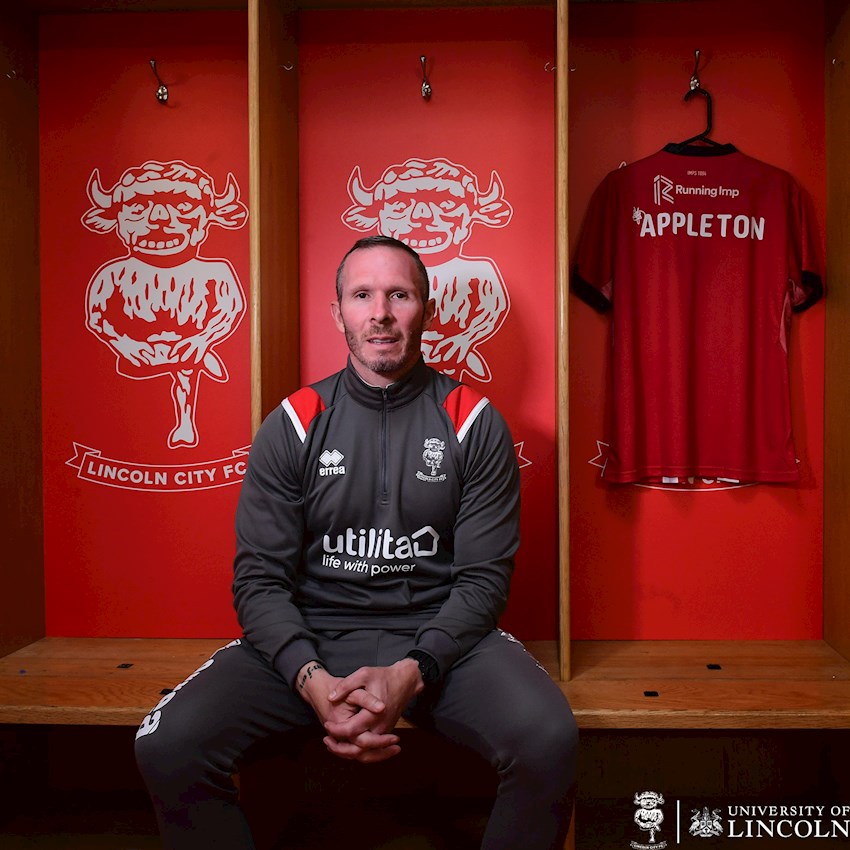 “I had a smile on my face when I saw Lincoln’s name because I made my football league debut with the club,” said Appleton.

“I am a people’s person but first and foremost I am comfortable on the grass. My playing career was cut short so my second love was coaching at various age groups. I will act the same way with everyone at this football club.

“I wasn’t aware of the training facilities but they are fantastic. I enjoy being on the grass, working with the players and producing players, it was a no brainer for me to come here.

“Lincoln is a football club who you are always aware of because of the success which has been going on in recent years. Everyone will have an opinion on Lincoln City even if they are watching from afar.

“After the first meeting I had with the board, it was very quick for me to realise I can work with them. That was a feeling I had at Oxford so I am hoping to share the same experience now I am here.” 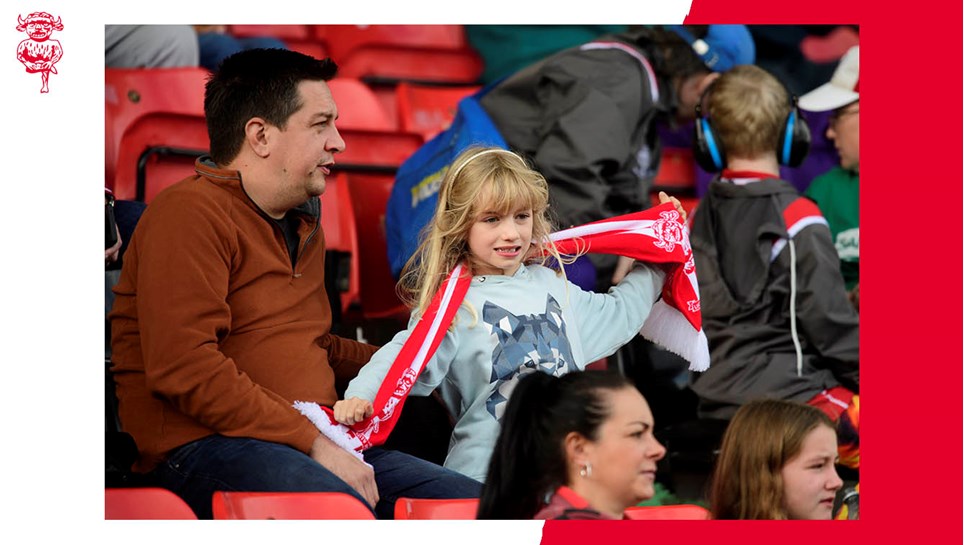