The Imps are on the road for the second time in a week, facing Gareth Ainsworth’s Wycombe Wanderers at Adams Park in SkyBet League One action.

City have started the season well winning four of their opening six league games, scoring 12 goals in the process.

With Danny Cowley’s men sitting second in the league they face a tough task in the Chairboys who are yet to suffer defeat in the league this season and currently find themselves in fifth position.

Wycombe’s last win came at home against Southend in August with the final score finishing 4-3.

The Chairboys came from behind with Scott Kashket scoring the winner for Ainsworth’s side two minutes into added time. The 23-year-old had scored earlier in the game with Anthony Stewart also finding the back of the net for Wycombe.

Former City player Gareth Ainsworth told the club's official website that he's looking forward to The Imps visiting Adams Park this weekend in what will be a tough game.

“It’s amazing that we can say that Wycombe Wanderers are fifth in League 1, and although it’s still very early days, everyone can be proud to see our name up there alongside some other fantastic clubs," he said."

“Now we have a really good occasion to look forward to, with the visit of one of my old clubs, Lincoln City, on Saturday. I know there’s a bit more media attention around the game because of the international weekend, and hopefully that means we’ll get a few more fans down to Adams Park.

“Lincoln are a great club and I have fond memories of my time there,” he continued. “I’ve always kept a close eye on how they’ve been getting on and they’ve had this wonderful success in recent years which has brought them back into the league where they belong.

“Like us, they’ve started the season really well and that hasn’t surprised me at all because the Cowley brothers have done an outstanding job. I know their fans travel away in great numbers so I’m sure there’ll be plenty of noise around the stadium and I hope it’s the Wycombe fans who are singing loudest and celebrating at the end.

The Imps earned a point on their return to the Football League away at Wycombe Wanderers in 2017.

Matt Green opened the scoring for Lincoln shortly after the half-an-hour mark as Nathan Arnold provided an assist by squaring the ball in the penalty area for Green to tap in.

Wycombe were quick to reply, equalising six minutes later through talented midfielder Luke O’Nien who got on the end of Joe Jacobson’s free-kick.

Jacobson was involved again as the Chairboys took the lead through a 25-yard free-kick from the former Wales U21 international.

Josh Ginnelly scored the equalising goal for Lincoln four minutes into the second half after getting on the end of Alex Woodyard’s through ball to earn City their first point of the season.

Another memorable campaign for Lincoln was during the 1987/88 season as the Imps won promotion to the Football League after winning the Conference title.

City did the double over Wycombe winning their home tie 2-0 in front of 9,432 fans at Sincil Bank and the away fixture ending 2-1 in favour of the Imps.

Phil Brown was on the scoresheet for Lincoln with Mark Sertori also scoring for the Imps at Sincil Bank. Nigel Batch kept a clean sheet in his last game for City as they came out 2-0 winners gaining promotion to the Football League.

One to Watch – Scott Kashket 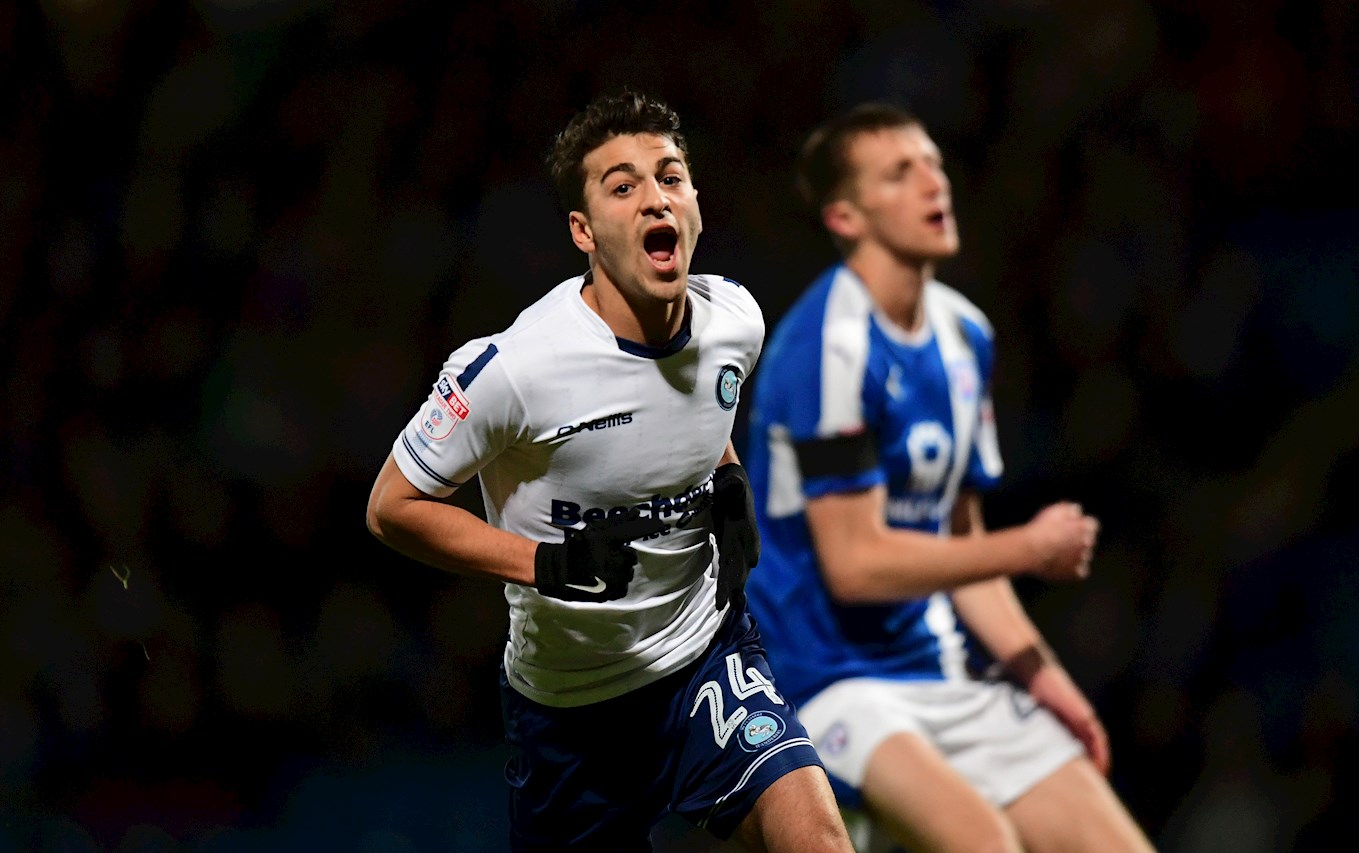 23-year-old striker Scott Kashket has started the season in impressive form scoring twice in his fourth campaign with Wycombe.

The striker started his career with Spanish side Hércules before returning to England in October 2013 where he had a brief spell with Wingate & Finchley.

Kashket had a trial with Israeli side Maccabi Tel Aviv before signing for Leyton Orient towards the end of 2013.

The forward was rewarded with a two-year professional deal in 2014 following an impressive spell with Orient’s youth setup.

Despite featuring in a number of pre-season friendlies, Kashket had to wait until October 2014 for his professional debut which came against Preston North End in a 2-0 defeat.

The former Hércules youngster scored his first professional goal in October 2015 after coming on as a substitute for John Marquis in a 2-2 draw against Oxford United.

After being released by Orient, Kashket signed a short-term deal with Wycombe Wanderers in August 2016.

The forward went on to score 10 league goals in 21 appearances during his first season with the club. Kashket signed a new three-year contract with Wycombe in May 2019.