Lincoln City will welcome two war veterans to to Sincil Bank this weekend ahead of the fixture with Bolton Wanderers, which will also be marked as the Remembrance fixture for the Imps, as it's the nearest home fixture to Remembrance Day.

As part of the Remembrance service at Sincil Bank Stadium, we will welcome the two former servicemen, who have given us a little bit of an insight into their serving history. 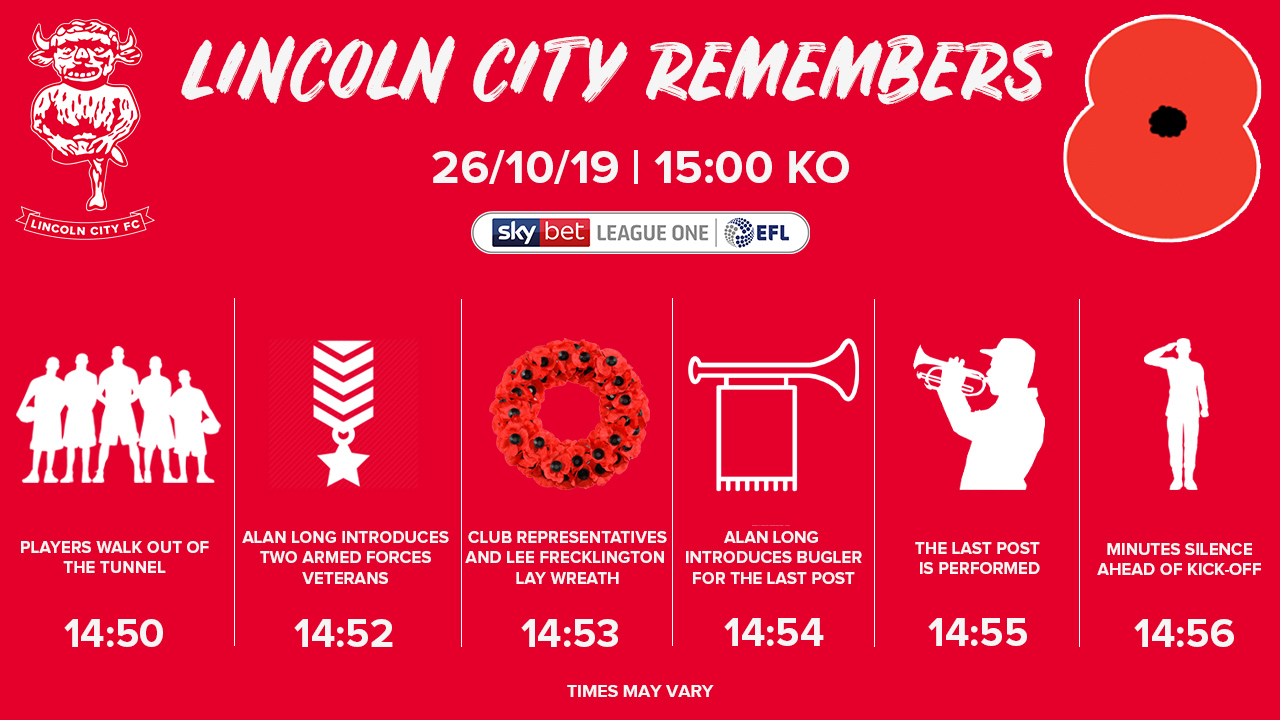 Harry Parkins Warrant Officer Flight Engineer in 630 Squadron at RAF East Kirkby and 576 Squadron at RAF Fiskerton. He completed 39 Bombing Operations and took part in Operation Manna in 1945 dropping food aid over Holland. He joined as a 20 year old and originally came from Hackney.

Following the final operation on VE-Day, Harry Parkins went into nearby Lincoln to celebrate the end of the war with Germany (the war with Japan had yet to end). It was here that he met Mavis Wright who was to become his wife. He has lived here ever since.  Mavis was very ill and Harry became her sole carer. Sadly she passed away earlier this year.

Arthur Atkinson was born in 1922 in Lancaster, Lancashire. Educated at elementary school, owing to a scholarship won in 1933 not being accepted for financial reasons, but supplemented by evening classes during employment with a local chartered accountant.

Later, as a reluctant shop assistant with the Lancaster Co-op Society he was cheered by the thought of enlistment in the RAF at the first opportunity, following a greatly enjoyed pleasure flight in an Avro 504. He served in 61 Sqn at RAF Coningsby. He finished a full tour of Ops (30) in July 1944. He is an accomplished pianist and lives in Lincoln.

Are you a current serving military personnel or a veteran? You can take advantage of our special ticket offer this weekend (subject to availability) and will be required to provide personal ID ahead of entry into the Stadium. Click here for more information.