Friday night football comes to Sincil Bank for the first time this season as we welcome Shrewsbury Town to the City who are our opponents this weekend.

It’s the first visit of The Shrews since 2011 and will be the 43rd meeting between the two sides in competitive matches. Of course, the last time the two teams faced off against each other was on the hallowed Wembley turf in 2018 when City prevailed to hoist aloft the EFL Trophy.

The visitors this weekend will be without the services of Callum Lang and Ethan Ebanks-Landell who are both suffering with injuries. Lang, on loan from Wigan Athletic has this week undergone surgery on a foot injury and Ebanks-Landell is said to be out of contention for the trip to Sincil Bank although he is stepping up his rehabilitation from a hamstring injury he picked up in late September.

Sam Rickett’s side come to face The Imps with a record of two wins, two draws and one loss in their previous five SkyBet League One games. However, it’s been two weeks almost since their last outing in the league as their last game was in the Leasing.com Trophy over a week ago, when they welcomed the Newcastle United Under 21’s to Montgomery Waters Meadow and the fledgling Magpies were despatched 3-0.

Both sides sit in mid table on 16 points, just four points away from the playoff spots in the third tier so three points this evening would certainly put the pressure on those currently occupying the top six.

Shrewsbury Town manager, Sam Ricketts, is looking forward to visiting Sincil Bank this weekend and he expects a tough game against The Imps. However, he also is excited by an evening of Friday night football as he says playing at the start of the weekend always seems to have a little bit of extra spice.

“They’re a good team with good momentum over the last three or four years and they’ve carried that into this season. They’ve had a few indifferent results, (such as) losing to Oxford which was really uncharacteristic for them but since then they’ve bounced back beating Sunderland 2-0 at home. They’re a good side, especially at home, they’ll be really hard to play against.”

The Shrews boss isn’t concerned about playing on a Friday as he says that havin an extra 24 hours rest ahead of their next game on Tuesday night can only benefit both sides as the hectic EFL schedule continues to rumble on, as Rickett’s side and The Imps face off on Friday evening in the first of three games in eight days.

“An extra day of recovery ahead of the Gillingham game certainly helps us, but it’s something Lincoln do play on a Friday night and I think it’s for that reason really. We’re fine, Friday night game’s usually have a bit more atmosphere, so it should be a really good game at a really tough place to go.” 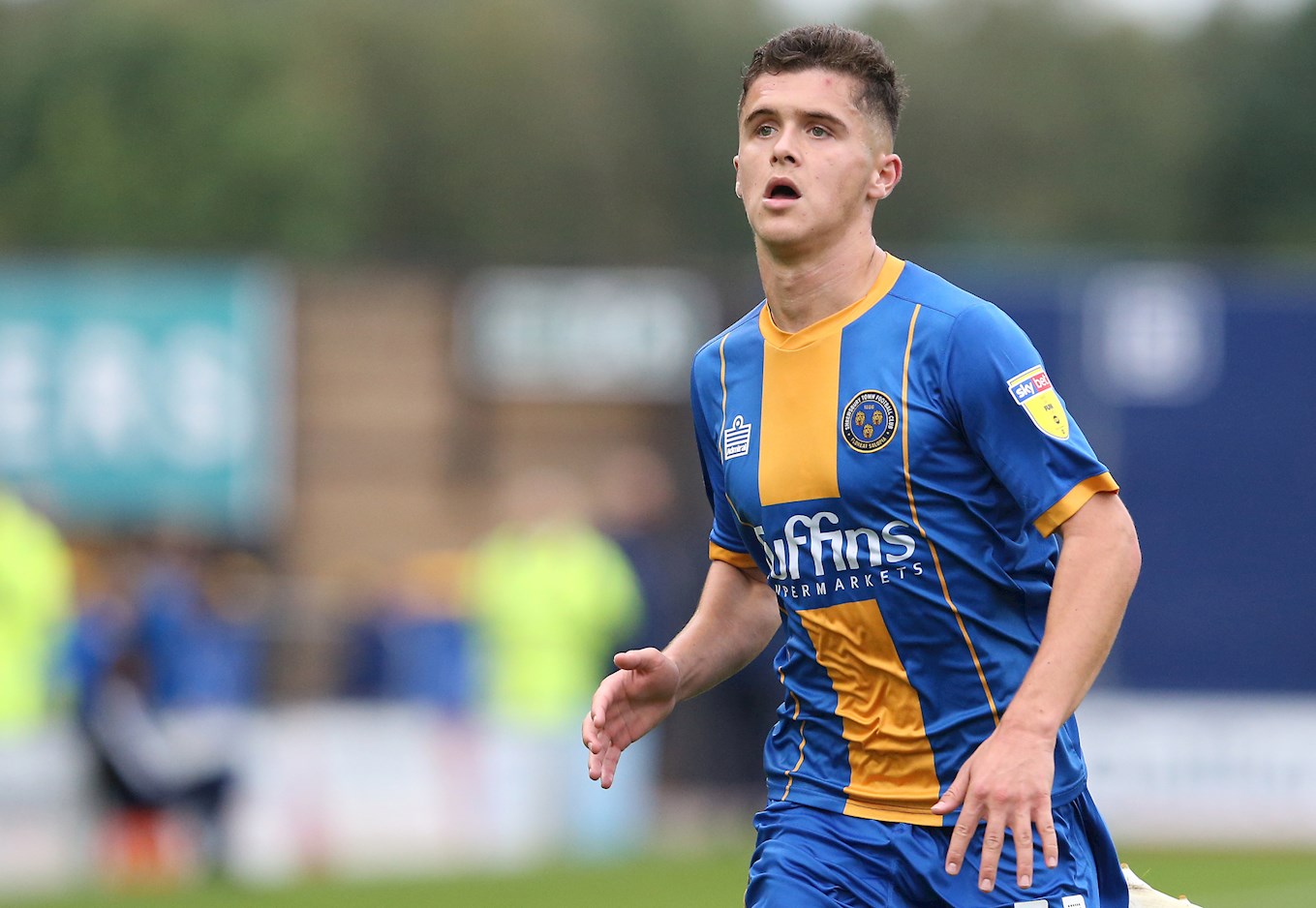 Ryan Giles joined The Shrews in July on a season long loan from Premier League side, Wolverhampton Wanderers.

The tricky 19-year old has progressed through the youth ranks in the Midlands before experiencing a first loan spell away from Molineux at AFC Telford, scoring twice and creating seven goals for others in his time with the Bucks, a spell which he is immensely proud of being born and raised in the Shropshire town.

Following his hometown spell, the England Under 20 international returned to his parent club where he had his first professional experience of Sincil Bank and it provided the venue for his first goal in an EFL competition, as he scored Wolves Under 21’s second equalising goal in last season’s EFL Trophy in the 2-2 draw in the first round of the competition.

Giles then went on to make his full debut for Wolves in early 2019, ironically facing his soon to be host club in the FA Cup, as the Premier League side came from two goals down to earn a replay against the Shrews before progressing to the next round.

The tricky winger made his name with his latest club on his debut on the opening day of the season, smashing home the winning goal from distance against Portsmouth. He has since made a further eleven appearances for the Shrews this term and no doubt will be looking to replicate his scoring form from his previous appearance against the Imps.

Tickets are still available for the game against The Shrews, they are available from the club store at Sincil Bank and also via Eventbrite online HERE

Also, for supporters who can't get to Sincil Bank this evening, you can still watch the game LIVE. The SkyBet League One game is being streamed LIVE both domestically and internationally via WeAreImps iFollow - For full details click the banner at the top of the website or click HERE and scroll down to 'Match Passes'.