Ahead of our Lincolnshire-themed match day for our Sky Bet League One fixture against Sunderland at Sincil Bank on Saturday, the match day playlist has been chosen, which will be played before the match and at half-time.

We tasked supporters across our social media platforms with providing Lincolnshire-themed songs for the playlist, and we narrowed it down to 17, including Lincolnshire-born; song writers, bands, song titles/artist names and locations of album recordings.

See how each song qualified, below... 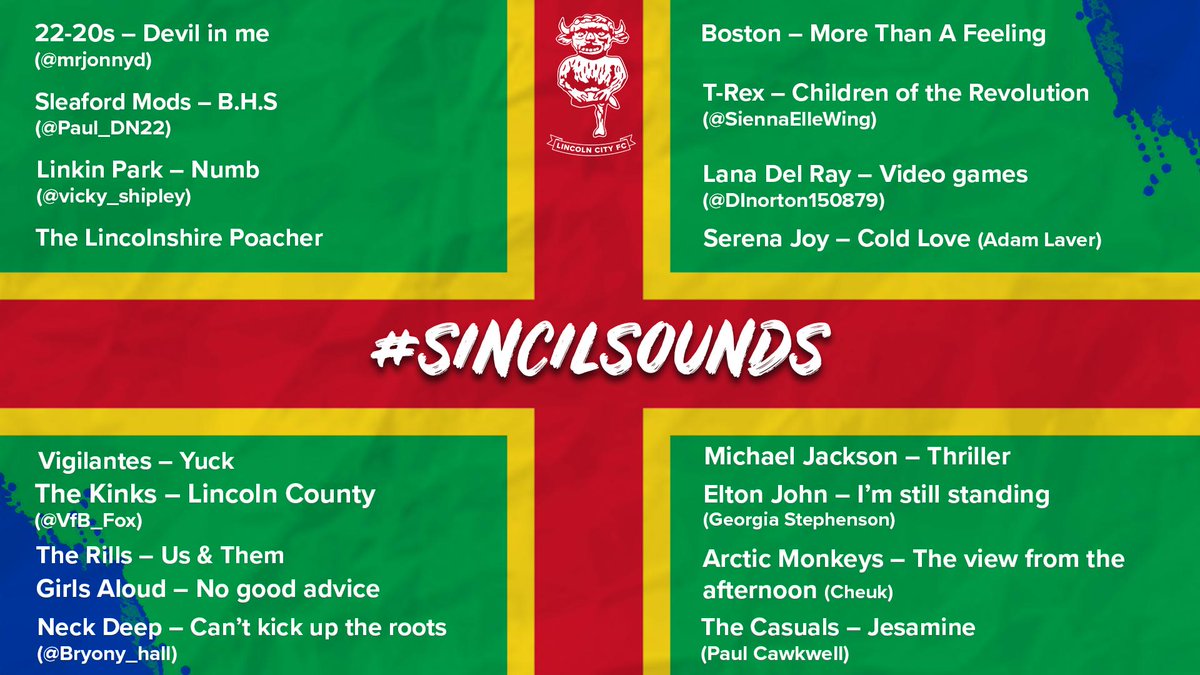 The 22-20s were an indie rock band formed in Sleaford. The band were active between 2002 and 2005, before splitting and reforming in 2008 and splitting for a second time in 2013. The band have also played at Glastonbury Festival.

As the band name suggests, the Sleaford Mods are named after the town in Lincolnshire. Lead singer, Jason Williamson originates from Grantham.

T-Rex - Children of the Revolution

The band's drummer, Steve Currie was from North Lincolnshire.

This track was written by Justin Parker, who originates from the heart of Lincoln.

The band is from Lincoln and have featured in numerous Lincoln City videos across social media over the last 12 months.

Arctic Monkeys - The view from the afternoon

Their debut album was recorded in Chapel Studios, Lincolnshire which is located in Alford.

Co-writer of many Elton John's songs is Bernie Taupin, who is from Sleaford.

The Casuals were a band that were formed in Lincoln and were popular between the 1960s and 1970s. Jesamine reached number two in the UK charts.

The Rills are a Lincoln-based band and have featured in a variety of Lincoln City social media videos.

The indie rock band are from Lincolnshire.

Nicola Roberts from Girls Aloud was born in Stamford.